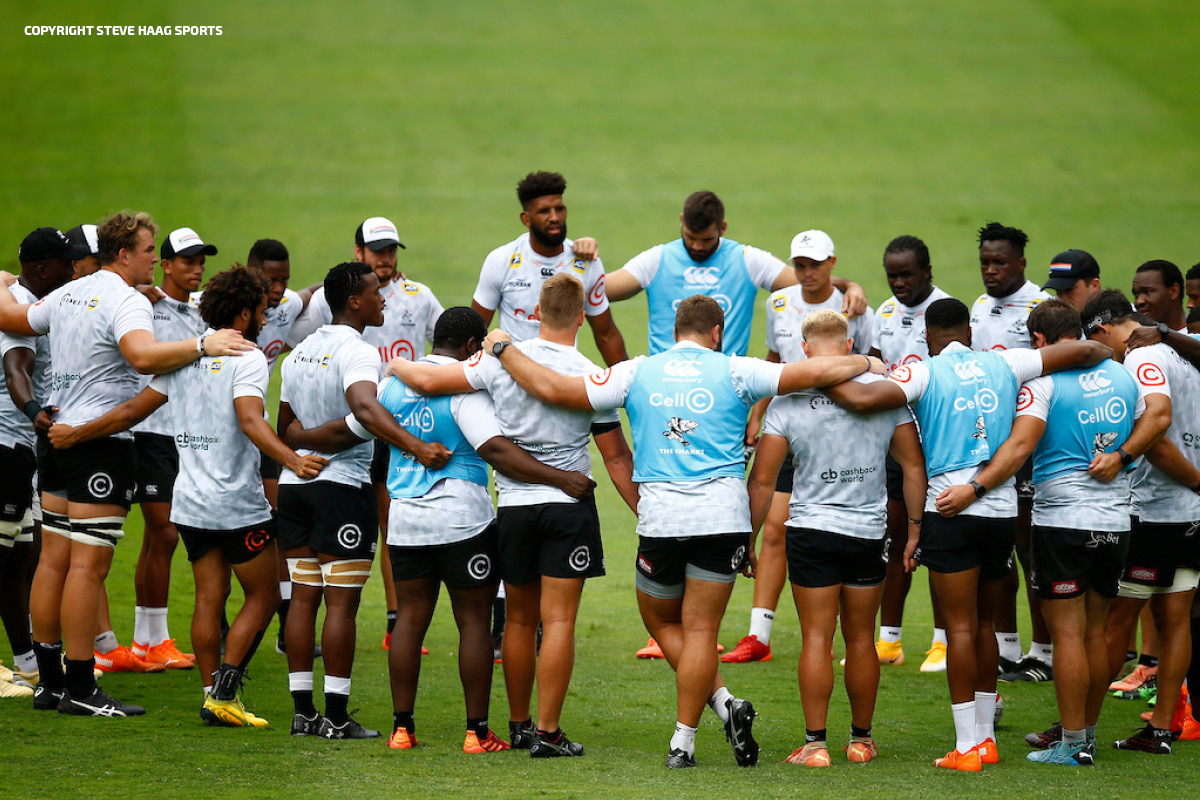 With the Carling Currie Cup entering the final stretch before the knockouts, the Cell C Sharks will be highly focused when the Tafel Lager Griquas visit Jonsson Kings Park this Saturday.

The Cell C Sharks head coach Sean Everitt has once again had to implement changes to the team that hosts Griquas on Saturday.

Everitt is loathe to use the Covid-enforced disruptions as an excuse because all teams are in the same boat. Nevertheless there can be no denying that being unable to pick the same teams each week plays a big part in continuity.

“We’ve struggled with consistency in our selection due to Covid protocols and with injuries, it’s not ideal changing your team week after week and we’re losing important people as we go along,” explained head coach Sean Everitt. “But that’s a problem all the teams are facing.”

There is just one change at the back with Aphelele Fassi starting in place of Manie Libbok who left the field early after taking a knock last week, but has recovered sufficiently to be named on the bench.

“It’s been frustrating, winning certain aspects of the game like territory and possession, line breaks, the gainline battle, but we’ve struggled in the set-piece and individual skill error,” Everitt added.

We need to cut out those individual errors so we can put together a complete performance.

“It’s going to be a physical battle against Griquas – as always. We know what we’re going to get from the Griquas, they’ll be fired up but we’re a determined group.

“We’ve set ourselves goals and high standards and I expect our team to bounce back and do well this weekend.”