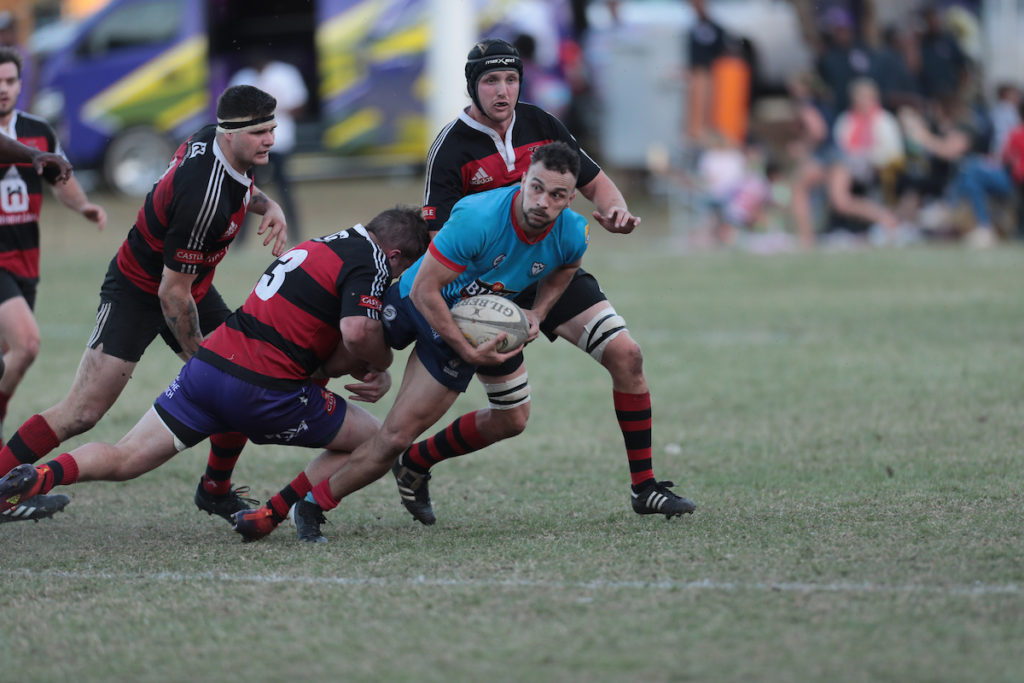 The final curtain dropped on the 2019 club rugby season last weekend with Harlequins winning the Findlay Cup out on their home grounds on the Bluff, when they beat Voortrekker from Pietermaritzburg 30- 12 in the final of the 97-year-old knockout competition.

The Findlay Cup was presented to the Union in 1922 in honour of the loyal long-serving rugby administrator and former President HA ‘Archie’ Findlay and won by Harlequins for the first time last Friday evening.

With that the 2019 club rugby season took its final curtain call and what a season it has been. Certainly a season of disappointments, sadness, shock results but also many positives. The one area that needs to be looked at in a serious light, however, is the Under 20 leagues, an area that for many is the most important area which would certainly help encourage the growth of the game at club level

It was quite a remarkable season overall none the less and with the silverware distributed more evenly than seasons past there can be no doubt its a true indication of the competitiveness of the season, which was good for the club game.

The College Rovers First XV ended up once again being unbeaten locally for the third year in a row and claimed the Premier Division double The Fidelity ADT Premier Division League and the Hollywoodbets Murray Cup in yet another thrilling and enthralling final. Derek Heiberg head coach at Rovers deserves huge accolades for his proud record with his club.

Rovers wing Sergio Torrens who made a welcome return to his club after representing  Boland for a few seasons was the top try scorer for the season in the league with their other flyer  Charlie Mayesa not far behind. Flyhalf Inny Radeba was voted  Player of the Hollywoodbets Murray Cup knockout competition.

There can be no doubt that the game of the year was, in fact, the Murray Cup final between Durban Collegians and College Rovers the two top sides in the province that certainly have provided spectators and supporters alike with some classic games this season. For Jacques Deen and his Collegians side, they have truly performed well and came so close to reclaiming the Murry Cup

The Varsity College second stringers won the Wylie Cup Reserve league while Bidvest Insurance Crusaders beat Varsity College in the knockout competition to win the Peter Taylor Cup, while their fourth side won the Foaden Bowl giving them two trophies for the season.

For me, Crusaders with head coach Dusty Noble was unquestionably the most improved Premier Division side in the league

Westville Old Boys with Rob Scott at the helm deservedly won the Dewar Shield after defeating Volksrust to become the top First Division outfit in the province.

Standard Bank Richards Bay beat Ethekwini Refractories Amanzimtoti to take home the Junior Murray Cup for the first time. Toti got one back however winning the Keith Parkinson Cup and Parkinson himself was hand to present the trophy and as always handed over a  check for the side to enjoy a few drinks.

In the Under 20 ‘A’ League Varsity College won the Frank Norris cup and edged out Midlands to also take the Basil Medway Trophy in the knockout competition.

Harlequins had already won the Third Division Walker Cup and this last weekend ended up winning the double adding the Findlay Cup to their trophy cabinet.

This weekend the SA Rugby Legends will be in Winterton to play the Drakensberg Invitational Legends in their annual match of the year.

For now  until next season its not goodbye but simply au revoir.