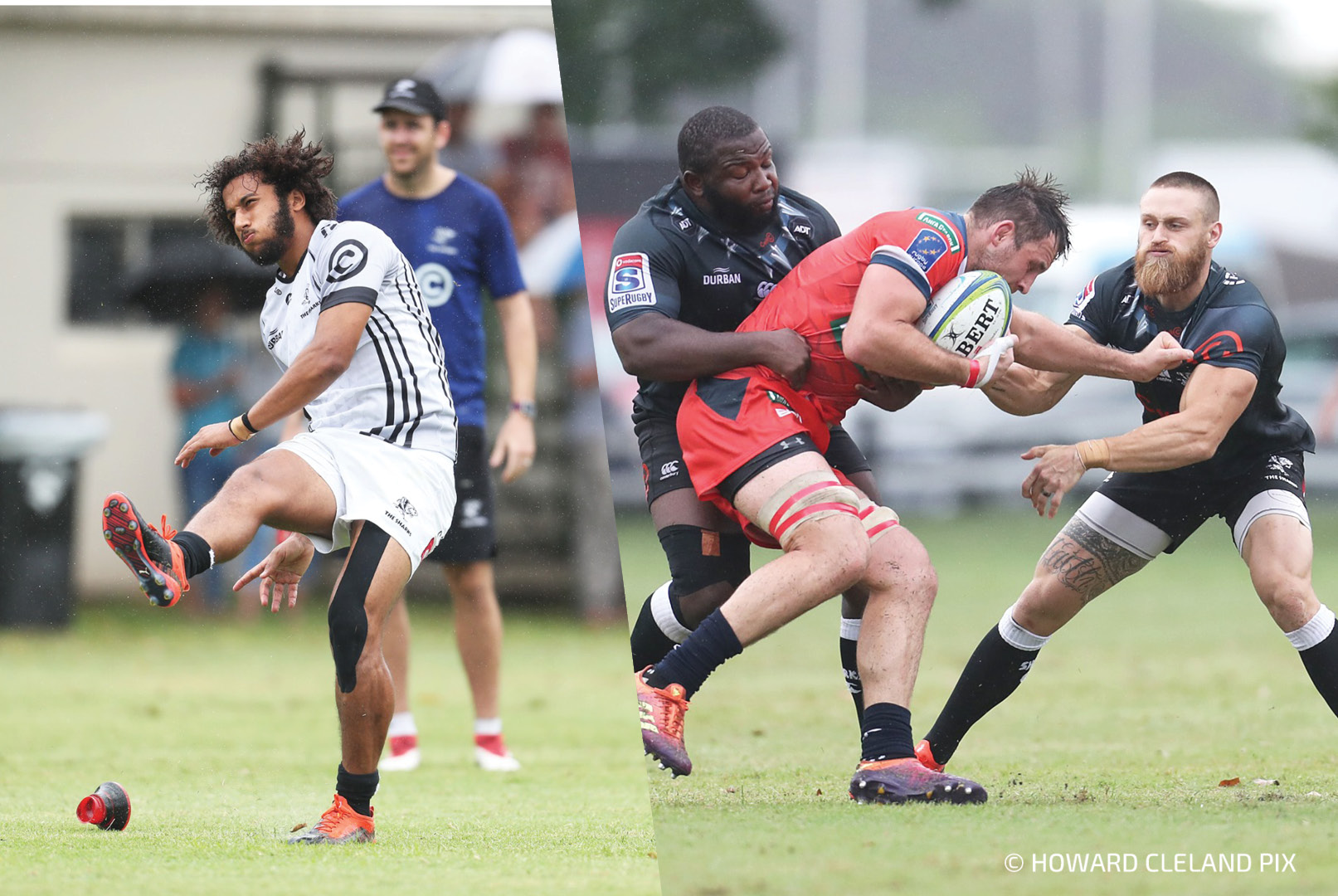 The youthful combination including Under 19 and Under 21 players, coached by Mike Vowles and Phiwe Nomlomo narrowly went down to the Varsity Cup side 31-26 in the curtain-raiser to the main event, having led the 2016 Varsity Cup champions 19-5 at half-time.

The match formed part of the 2020 Vodacom Super Rugby pre-season warm-up schedule and the team, which did not feature the Sharks Springboks, certainly delivered a statement of intent, winning 64-14 after leading 26-7 at half-time.

“It was a pleasing performance,” said head coach Sean Everitt in reflection. “We used 30 players and the fact that all 30 put up their hands for selection is a massive plus for us.”
While training can prepare a side up to a particular point, it is only in the game scenario that a team will truly prove its readiness for a competition of such demand as Vodacom Super Rugby.

“The quality of rugby played in tough conditions was exciting for me and the players showed composure and executed accurately in the game situation what we’ve trained for over the pre-season,” Everitt added.

“We are definitely on the right track although there are always things to work on and we do need to polish up a few things. But as far as the tweaks we made, we know we’ve made progress in the right direction and certainly improved in areas we identified that needed work.

“The reality check is always the first game and we’re happy with where we are. Also the fact that there were no injuries.”

Although the score line was very big, Everitt admitted that the Rugby World Cup participants had certainly come to play.
“It was a game of two halves and I think the Russian team was stronger in the first half than the one they put out in the second half.
“They’re a very physical team and it was pleasing that we were able to stand up to their physicality which is a plus for us. I just think the energy and tempo we played with was a bit much for them though.”

We look forward to our next warm-up match against Russia on Friday night.