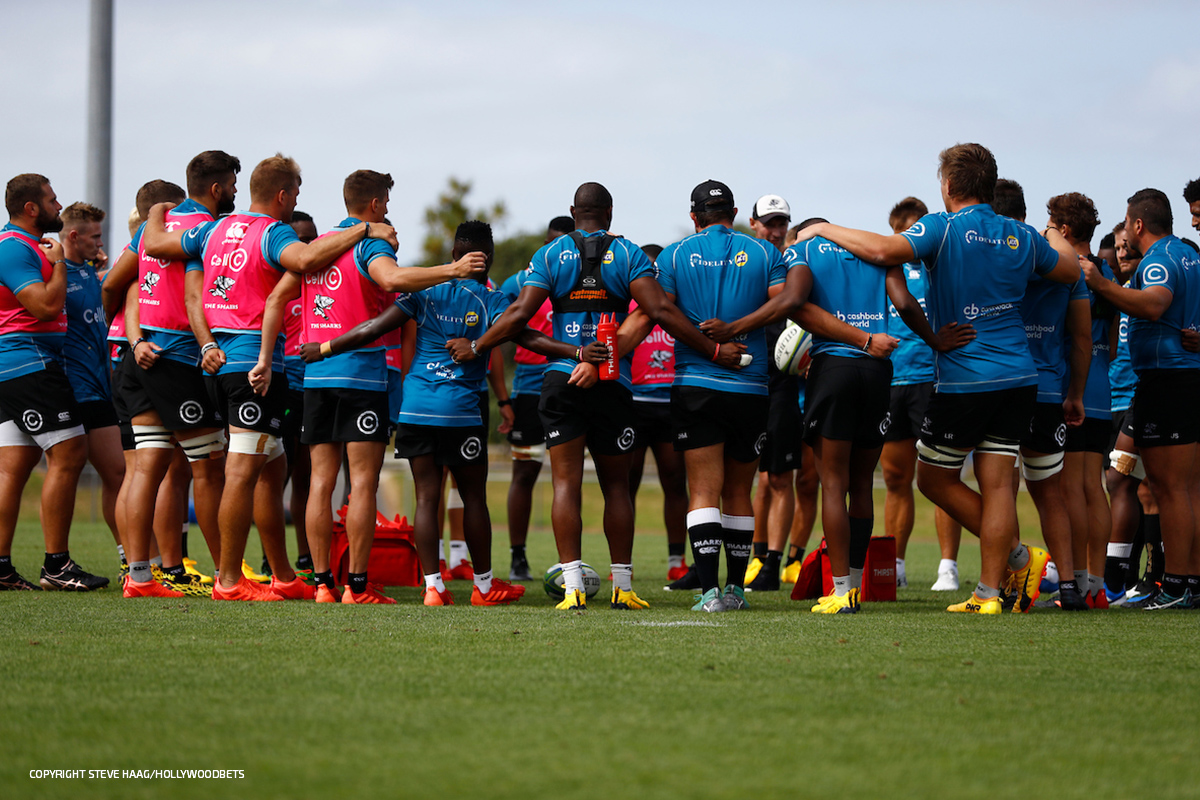 The Cell C Sharks team to take on the Highlanders at Forsyth Barr Stadium in New Zealand’s southernmost Vodacom Super Rugby city on Friday morning is almost exactly the same as last week’s victorious side barring one exception.

Sadly, try-scoring wing Sbu Nkosi has a minor niggle and will miss this game, handing newly-recruited Madosh Tambwe a debut start for the Cell C Sharks.

Head coach Sean Everitt admitted that the win over the Vodacom Bulls was important for the team to set the tone for the season, particularly before touring.

“It was a massive confidence booster,” he said of the 23-15 win at Jonsson Kings Park on Friday evening.

“It was good reward for the players who worked tirelessly over the course of the pre-season. They’ve been amazing so it’s good that they put in a good performance, even if there were some errors, both teams made them in the tough conditions. So we’re happy with how things went and it was great to get onto the plane with a win.”

Given the heat and humidity and the consequent difficult handling, playing in New Zealand represents the perfect opportunity at this time of year to play some exciting rugby without the risk posed in Durban during February.

“The guys are enjoying the conditions here,” said Everitt. “We play this match against the Highlanders under cover, so the conditions will suit us. I think the guys will find it refreshing although this first week is tough because we’ll have just one training session due to the travel. But we are happy with all the prep we did in pre-season, and the fact that the injury toll wasn’t serious outside of Sbu is a big plus.”

Although Everitt admitted that the team’s win over the Bulls had not been error-free, constant improvement and above all consistent performances was what they will be working towards this season.

“We’ve said before that this team needs to be more consistent, we’ve been criticised for that, so consistency is key. Going overseas for four weeks is tough, we know that, but this team has a vibe about it and they are really keen to take up the challenge.”