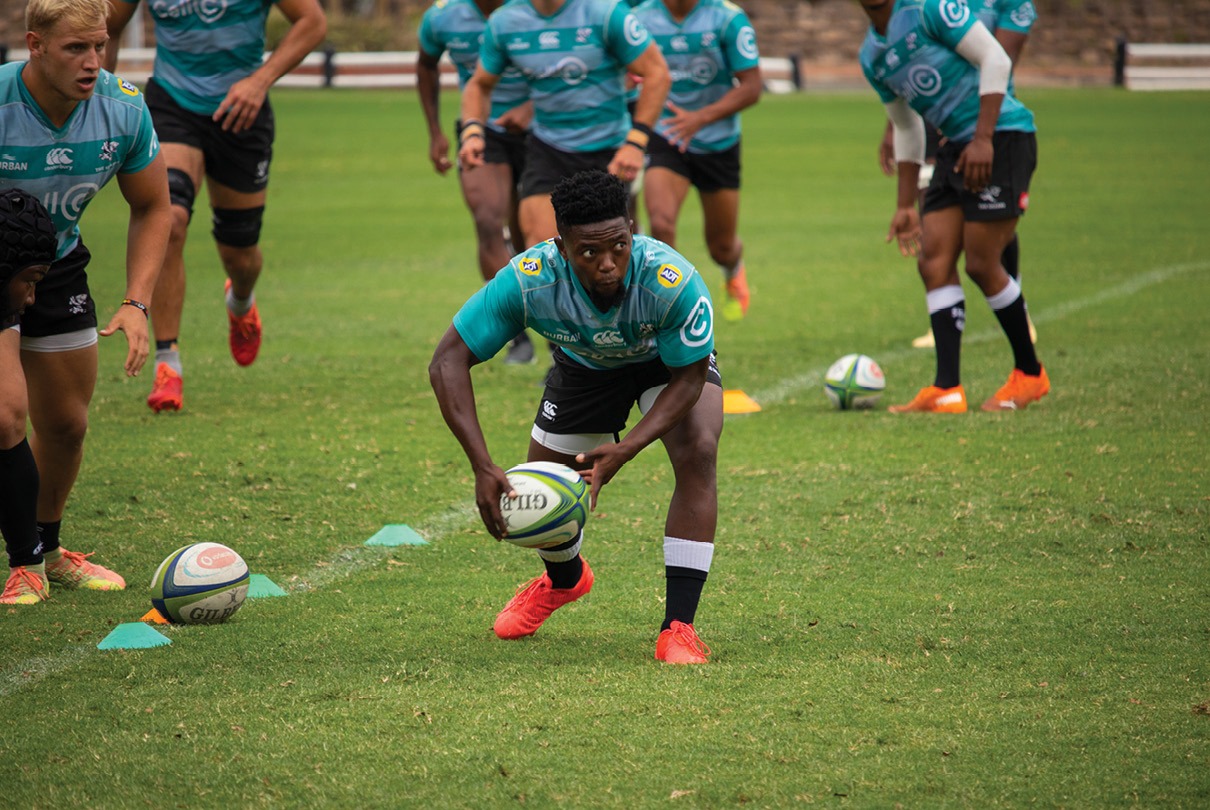 Three weeks ago, the Cell C Sharks and Vodacom Bulls locked horns in the Superfan Saturday clash at Loftus Versfeld and this week, when the pair meet there again in Vodacom Super Rugby Unlocked, we can expect a few changes.

The Cell C Sharks are back in action after enjoying a bye in round two, following a week one victory over the Emirates Lions and raring to go.

“The bye week was good for the body, for the guys to get some rest, to reset and come back firing for this game.” explains Cell C Sharks scrumhalf Sanele Nohamba.

Warm-up matches are never about the result, but even in defeat a team learns a lot.

“This week, it’s a change of mindset, to do what we do well,” he admits. “What we need to look at is two things, the break-down and our mindset, these are the things we picked up from that game. We’ve been fixing that and we’re now ready to go.”

With the recent announcement that there will be no Springbok rugby this year given the lack of game time ahead of the Castle Lager Rugby Championship, the silver lining is the fact that provincial rugby will be at full strength this season.

“It’s great for local rugby, without internationals, all the players will be in action in South Africa and that gives us all the opportunity to measure ourselves against the best in the country,” he admits.

“It’s a great opportunity for all of us to keep playing against a quality calibre of players.”

Looking to the Bulls, his scrumhalf opposition and their kicking game, he warns that the opposition is so much more than the sum of its parts.

“The Bulls have good scrumhalves, they bring a good kicking game, but the way we are approaching this game is that it’s a team effort, we’re not looking at one-on-one battles. We know we need to handle not only their kicks, but everything they bring to the table.”

The Bulls were adventurous in their counter-attacking game in the last outing between the two, something that delivered dividends in that match. However, it has also fixed the spotlight on where the Cell C Sharks battled, something they’ve had the opportunity to work on and correct.

“The last time we were up there, our kicking wasn’t as sharp, if we fix that and take the counter opportunity away from them, we remove some of the danger posed by their outside backs. If our kicking game is more accurate then we’ll be sorted.

“The Bulls are going pretty well, they’re a physical side and that’s what we’re expecting from them this weekend. It’s up to us to match their physicality and then we’ll stand a good chance against them.”