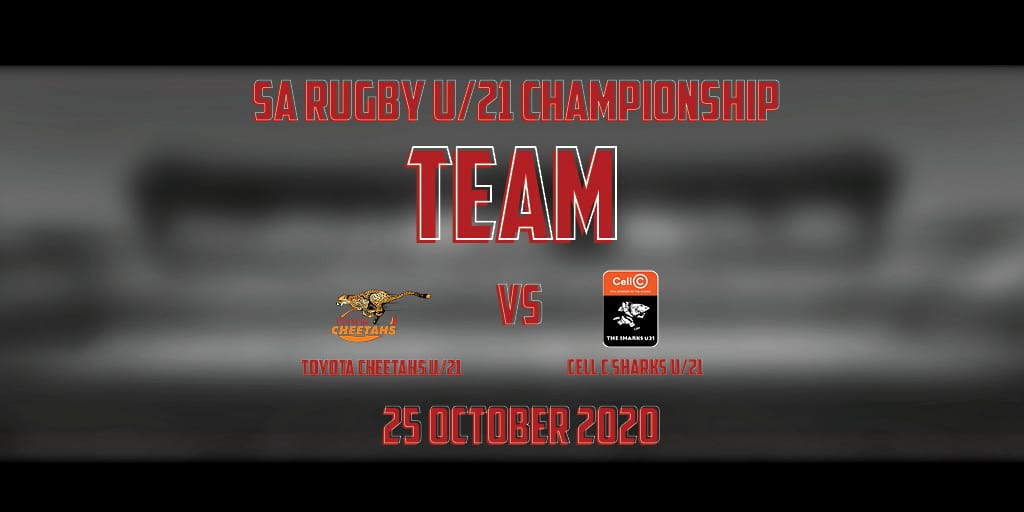 The Cell C Sharks Under 21s are back in action on Sunday when they take on their Toyota Free State counterparts in the SA Rugby Under 21 Championship being hosted at Emirates Airline Park.

The day’s action features the two teams playing in the first match at 10.30am with the Xerox Lions and DHL Western Province competing in the later double-header at 1.45pm with the Vodacom Blue Bulls Under 21s enjoying a bye this week.

“It’s a great competition and we always knew we’d be up against formidable teams although we were a bit unlucky against the Lions when we were well in control and then let it go by making rash decisions,” explains head coach Phiwe Nomlomo.

“But we were a lot better against Western Province, helped a lot in that we stayed in Johannesburg for that game after the previous one and the team was a lot more settled.

“The Bulls game was incredibly disappointing for everyone, not the result, but how we operated in that game. That’s not our standard, definitely not what we stand for, how we prepare or want to execute.”

The Bulls, with four wins from four under their belt, have secured a place in the finals, but the four chasing sides are all in contention.

“We want to make right against the Cheetahs this weekend and show that we are far better than what we gave last week. That’s the beauty of having one more opportunity.

“The permutations are crazy but everyone is still in it. Although that’s not the most important thing for us, it’s really about the performance and we need to focus on ourselves against a very good, well-rounded Cheetahs side that’s well-coached and it won’t be an easy game.

“For us, it’s about executing to the best of our abilities and finding the character within.”