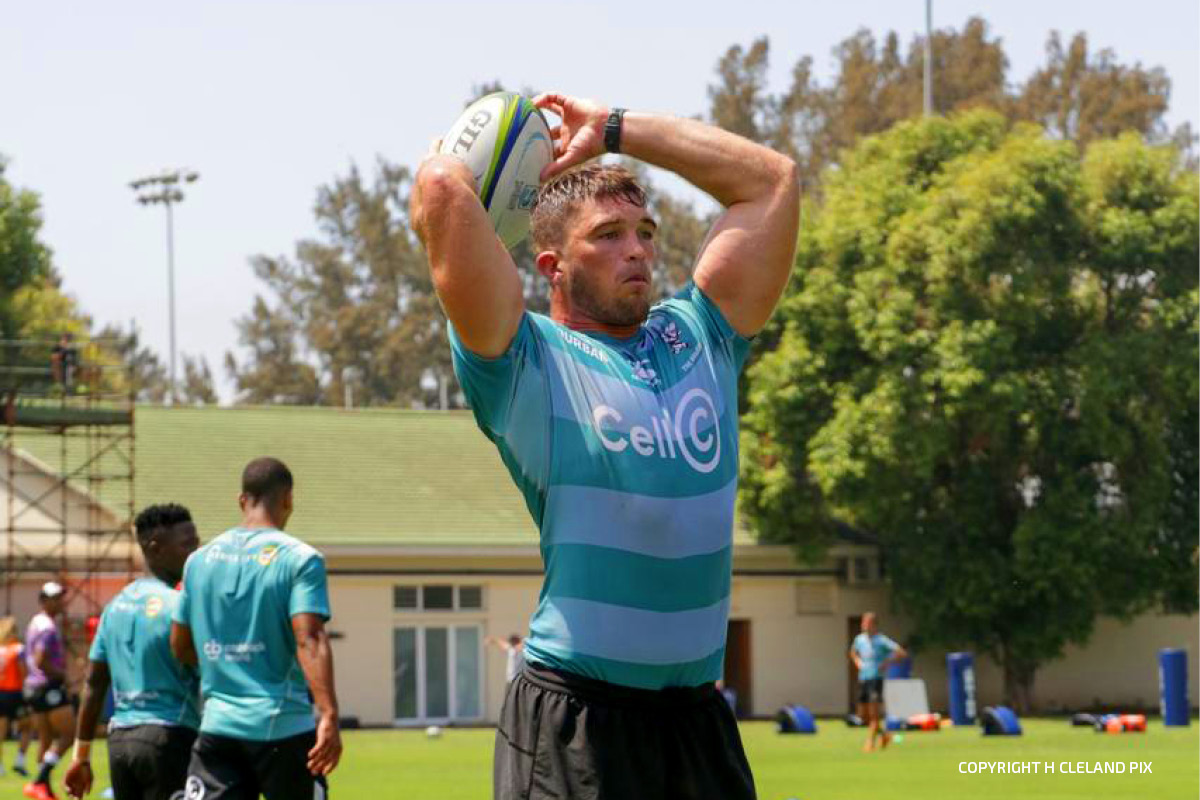 For the Cell C Sharks and hooker Kerron van Vuuren in particular, this season has had its share of ups and a couple of downs, but right now, the future looks a lot brighter than the period we’ve emerged from.

Van Vuuren was in wonderful form during Vodacom Super Rugby, but his return from the Covid-19 lockdown was struck by bad luck.

“It was frustrating after putting in a lot of fitness work at home during lockdown, I was raring to go when we came back and then the disappointment of the injury,” he explains of the mishap that removed him from rugby action in the early part of the rugby return.

“The injury took me by surprise because it was my first and I took quite a mental knock. After coming out of lockdown, I hadn’t had the chance to lift heavy weights at home, we were doing strength testing in the gym and I suffered a bit of a freak accident trying to lift weights again. It was a bit of a setback, but I had great care from the Cell C Sharks medical staff, some good rehab and my road to recovery was quick. I’m good to go now.”

He’s played off the bench in his return and admits that he’s back on track to show the kind of form that made him one of the top hookers in the Super Rugby tournament earlier in the year.

“I feel that I’ve been getting better and better every game, feeling better in myself and getting my fitness back. I’m also getting up to speed with the game, things are starting to click faster and I’m feeling really good.”

His analysis of how the team has faired paints a picture of a gradual progression to top form again.

“We came out of lockdown a little slow, a lot of teams caught up to us after having the time to study us. It was a tough start coming back, but we had a great win last week showing what we can do by replicating the form we showed earlier in the year, so the team is really on a good path to getting back to where we were.”

Was the win over the Pumas a turning point?

“We’ve definitely turned a corner although there’s still a lot of work to be done,” he admits. “But we ticked those boxes and brought back the Super Rugby standard and it’s all about paving the way forward for the rest of the season.”

And how does he see his team’s chances in Vodacom Super Rugby Unlocked?

“We can definitely go all the way. We had a great win this past weekend and we need to keep building on that. We have a good opportunity against the Cheetahs on Friday back at home and there is a new energy to this team. We’re starting to find some form and we’re on a good spot on the log.

“It’s a tough challenge, we always knew it would be. But we definitely fancy our chances.”

“The Cheetahs are hungry, they want to prove themselves,” he explains. “Desperation breeds good performances and it makes players go to different levels. They are playing with a lot of energy, but we have studied them and the boys will be up for the game on Friday.

“They are a well-rounded side, dangerous all over so we are going to have to be up to the task in all facets of the game. We need to be focused and not allow any one area of our game lapse.”