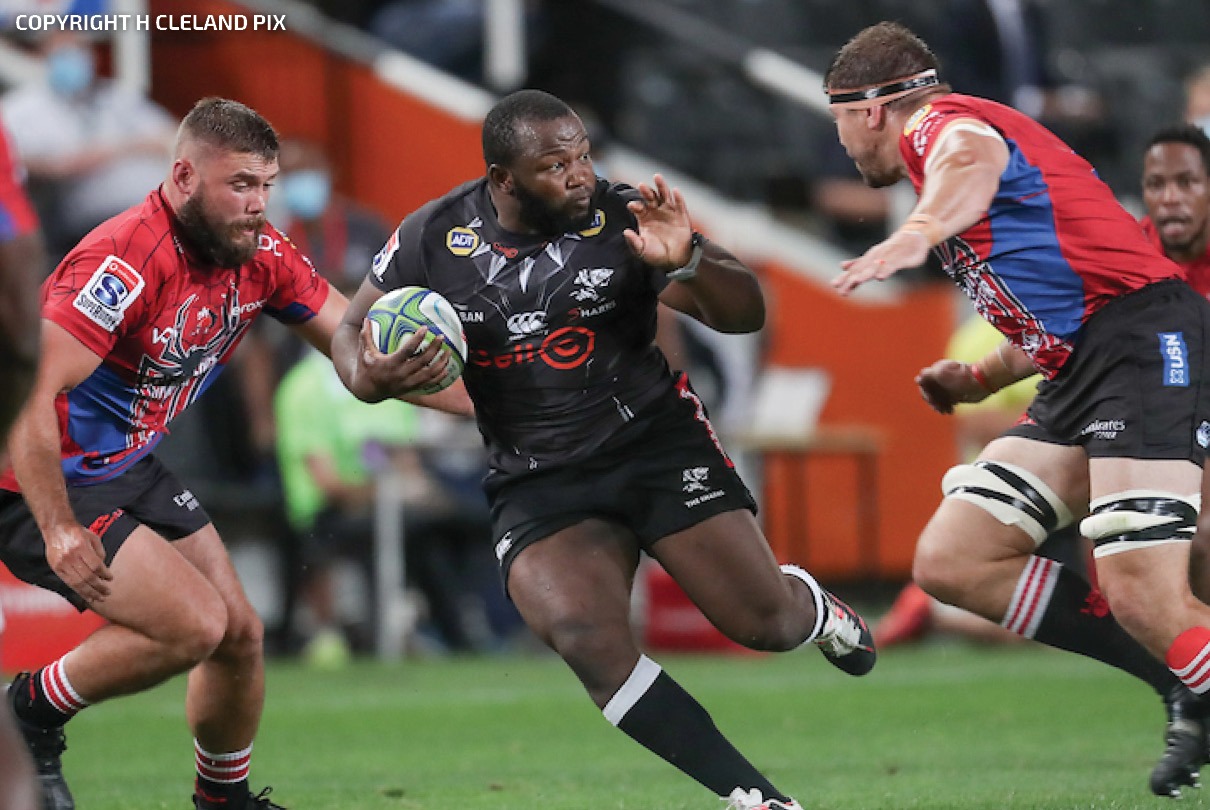 Cell C Sharks prop Ox Nche has settled in seamlessly in Durban since making the move to the coast from the Free State a year ago, although he acknowledges that this season has been anything but seamless.

“I’ve never had a season quite like this, it’s been hard particularly without the fans,” he admits as the team prepare for their opening Carling Currie Cup clash with the Phakisa Pumas this weekend in Durban.

“I did have a similar season with the Cheetahs when we had to transition from Vodacom Super Rugby to Pro 14, but this is been very different because at least then you knew you had the support of your fans at the stadium.

“Now we playing in front of empty stands so yeah, it’s been quite unique.”

With four points separating the Vodacom Bulls and the Cell C Sharks, the log points from Super Rugby Unlocked have been carried through to the new Currie Cup competition.

“Everyone wants to win the competition, it’s South Africa’s oldest rugby battle and the points we have and the way the log stands is something we’re keeping in the backs of our minds,” he admits.

“But we’re in a new competition now and we’ll take it one game at a time as the tournament runs its course. But we are excited to get going again and looking forward to the comp.”

After the final Super Rugby Unlocked match against the Stormers was called off, the players can’t wait to get back into action.

“We’re desperate, we’ve already missed out on a lot of rugby this year and every opportunity to play is great.”

As a key player at set piece time, he admits that it has been a work in progress for the Cell C Sharks and while there might have been some hiccups along the way, they have progressed well as the season has gone into gear.

“We’ve been gradually growing and that’s a good sign. But with a few challenges like injuries and Covid, that has messed with the rhythm we were building.

“But everyone is willing to slot in and do whatever is required of them – I moved to tighthead against Griquas – we’re growing.”

With Thomas du Toit also expected back, his partnership with Nche will be restored and the front row bolstered.

“It’s great to have him back, he is a member of the Rugby World Cup winning squad and that helps us to settle, focus on our jobs and do the basics right.”

Friday night’s match against the Pumas at Jonsson Kings Park in the opening clash of the Currie Cup tournament presents the expectation of a fierce battle between the two sides.

“When you meet the Pumas you expect them to challenge you physically,” he admits.

“They’re going to bring the fight to us and we know we need to match that and fight back.

“We will use the tools and artillery we have to try get the ‘W’ at the end of the game.”