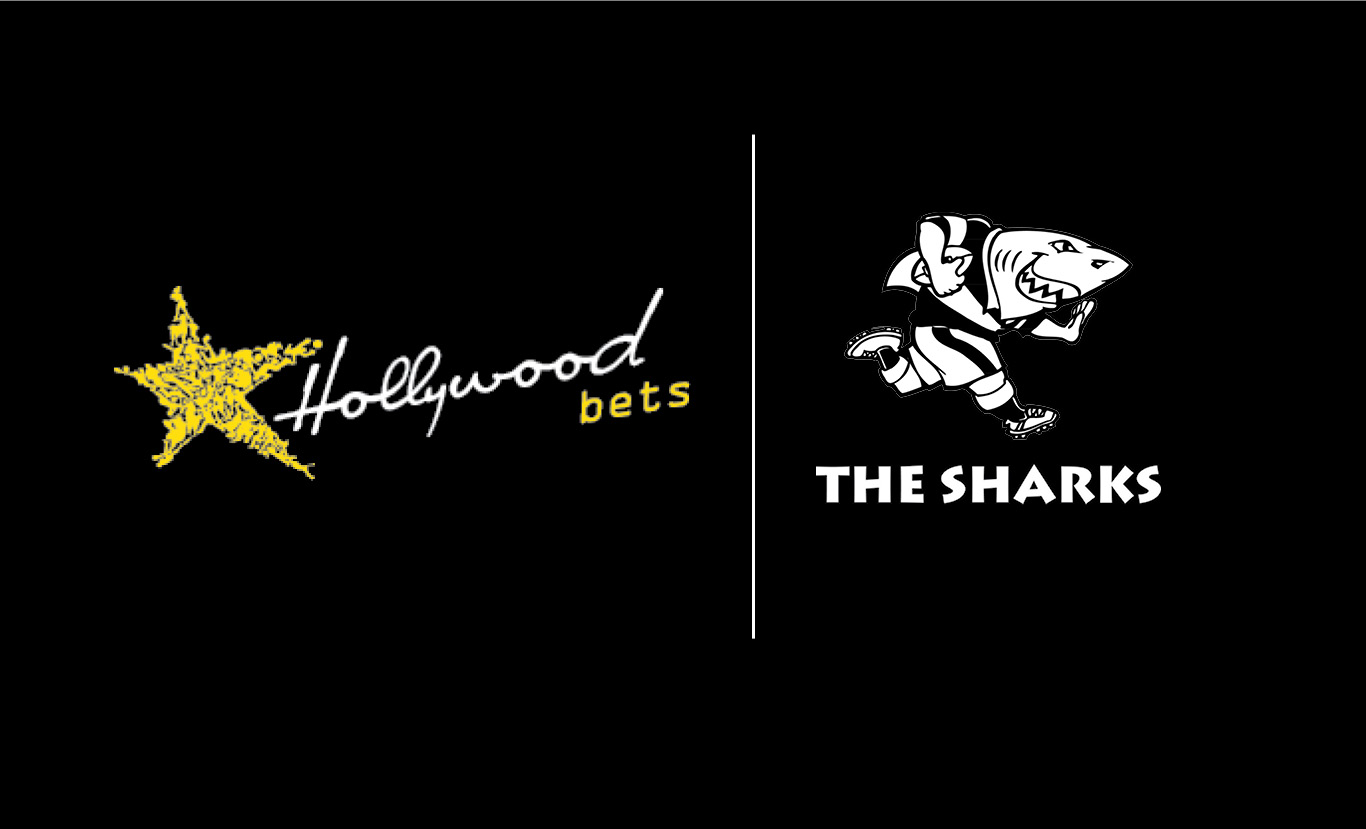 With the Cell C Sharks set to begin their Pro16 rugby adventure, Hollywoodbets has announced an extension of its role as associate sponsor of the KwaZulu-Natal rugby franchise to 2023. This will see the Cell C Sharks running out in their famous black and white colours, with the iconic Hollywoodbets Star located on the back of their jersey, underneath each player’s number.

“The Cell C Sharks are an internationally recognised brand and, much more than that, they are a symbol of KwaZulu-Natal,” Hollywoodbets Brand and Communications Manager Devin Heffer explained.

“The past two years have been an exciting journey for us, and we are glad to be part of the dynamic Cell C Sharks family. We are thrilled to continue this relationship, because the sense of family is integral to our business,” Heffer added.

The Cell C Sharks have had a productive start to the new year, making the Currie Cup final, where they fell agonisingly short against the Vodacom Blue Bulls. Their massive pull was evident when one of the most recognisable sportsmen in the world, Springbok captain Siya Kolisi, penned a three-season deal in February, to become part of the highly ambitious Sharks family. Given his stature in world rugby, Kolisi could have gone anywhere to ply his trade. It is telling that he opted for the Shark Tank.

The Pro16 tournament will see the Cell C Sharks coming up against some of the best teams that the Northern hemisphere has to offer, whilst continuing to lock horns with their South African foes.

Sharks CEO Eduard Coetzee, himself very familiar with plying his trade in Europe, expressed his delight at Hollywoodbets being part of the rugby safari to the north.

“The Hollywoodbets team has been unbelievable! We really couldn’t have asked for a better partner,” Coetzee said in confirming the partnership renewal. “One thing that really stands out about the Purple Team is that they are there. All through this unprecedented struggle with the pandemic, we knew they were there for us. We are very privileged to continue and further entrench this relationship with them, and we are excited to help them establish a footing in new international markets” Coetzee added.

South Africa’s leading sports betting operator has already made its mark on international grounds, with the Purple Team having secured partnerships with LaLiga, Brentford FC and Dundalk Racing Stadium in Ireland.

Both Coetzee and Heffer and their respective teams, look forward to the day when the wider Cell C Sharks family can get back to the internationally acclaimed unique stadium offering at the Shark Tank. The renewed deal will see an increased Purple presence in and around Jonsson Kings Park, with all additions designed to provide an even richer stadium experience for loyal fans. Spectator interactions, exciting game-day activations and promotions will all add to the fan-friendly atmosphere. The whole Hollywoodbets team and the entire loyal Cell C Sharks fan base will be fully behind Captain Lukhanyo Am and his team in their quest to conquer a new world.