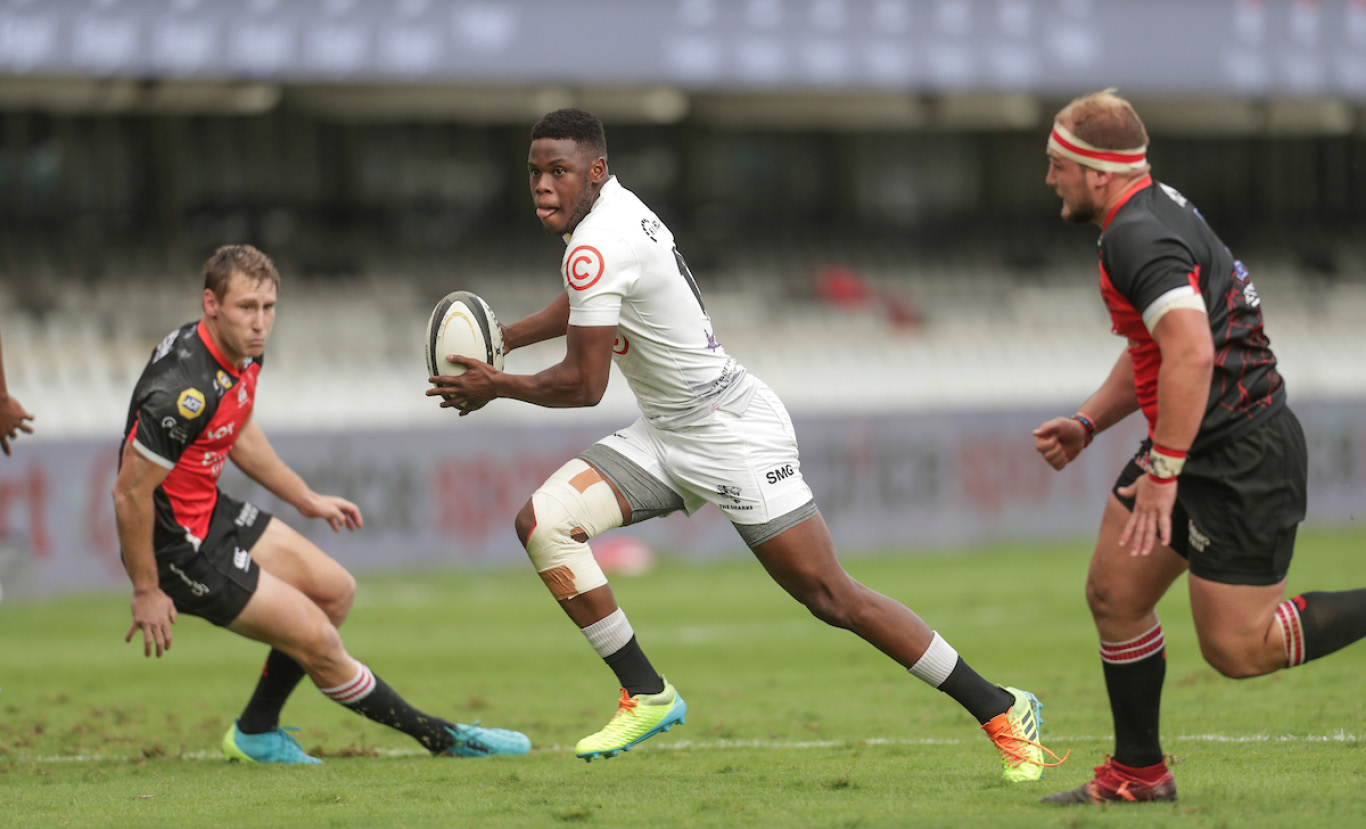 An age-old rivalry continues this Saturday when the Cell C Sharks and Vodacom Bulls go head-to-head in Rainbow Cup SA battle in Pretoria in a game not only about log positions.

For the Cell C Sharks, top of the table status gives credence to what they are doing both on and out of match day, but they acknowledge that the perfect performance has not quite been reached yet. That’s the sign of a good team, that there is something special brewing despite knowing that there are more arrows in the quiver.

The fact that the Bulls too have not lost a match in the tournament adds to the spice of what is expected to be a bruising encounter between the sides. After this weekend, one remains unbeaten; the other will have tasted their first defeat. Unless fate conspires to offer up a draw.

Cell C Sharks head coach Sean Everitt admitted in the build-up to the clash that he expects it to be a game about pressure. Both sides have used this prominently in their successful marches to date and he believes it will be no different on the weekend.

“I don’t think we’ll get anything different from what they gave against Western Province last week,” he pointed out. “They kicked a lot and I imagine with their good defence they will want to kick t the corners and isolate us at the back.

“They’ve been outstanding on defence, they have a good record there, so they’ll look to exert pressure on us and look to play from our mistakes.”

Another area both sides have been similar is in their discipline and both have won twice despite having the highest penalty count of the four teams in the competition.

“The Bulls gave away 20 penalties on the weekend and we gave away 19 and I’m sure both teams will be looking to tidy that up a bit.

“We gave away penalties all around the field [against the Lions] although we improved a lot at the breakdown, conceding just one penalty there which had been a concern going into that game. We’ve continued to work on that and the other penalties we conceded on defence and at the tackle area are controllables and we have worked on our decision-making at the breakdown. But it’s certainly an area we need to improve upon this weekend.”

The last meeting between the sides saw the Cell C Sharks inflict a heavy 45-12 defeat on the Bulls at Jonsson Kings Park in the Preparation series. Before that, it was the Carling Currie Cup Final with the Bulls taking the spoils after extra time.

Does history play any role now?

“We don’t look at this game from a revenge point of view,” Everitt admitted. “Every game against the Bulls is going to be a competitive and highly physical one and we expect nothing different this time.

“What that final has done for us is to give us the confidence to go to altitude and perform for a long period of time, like we did in that game. But, the Currie Cup Final is gone and I don’t think anyone thinks about the past when you’re playing a game of this stature.”

What is he expecting from his own charges as they seek that complete performance?

“The guys play with a lot of effort and energy, we want to play quickly, we want to see the game pushed to its limit as far as ball in play time is concerned.”