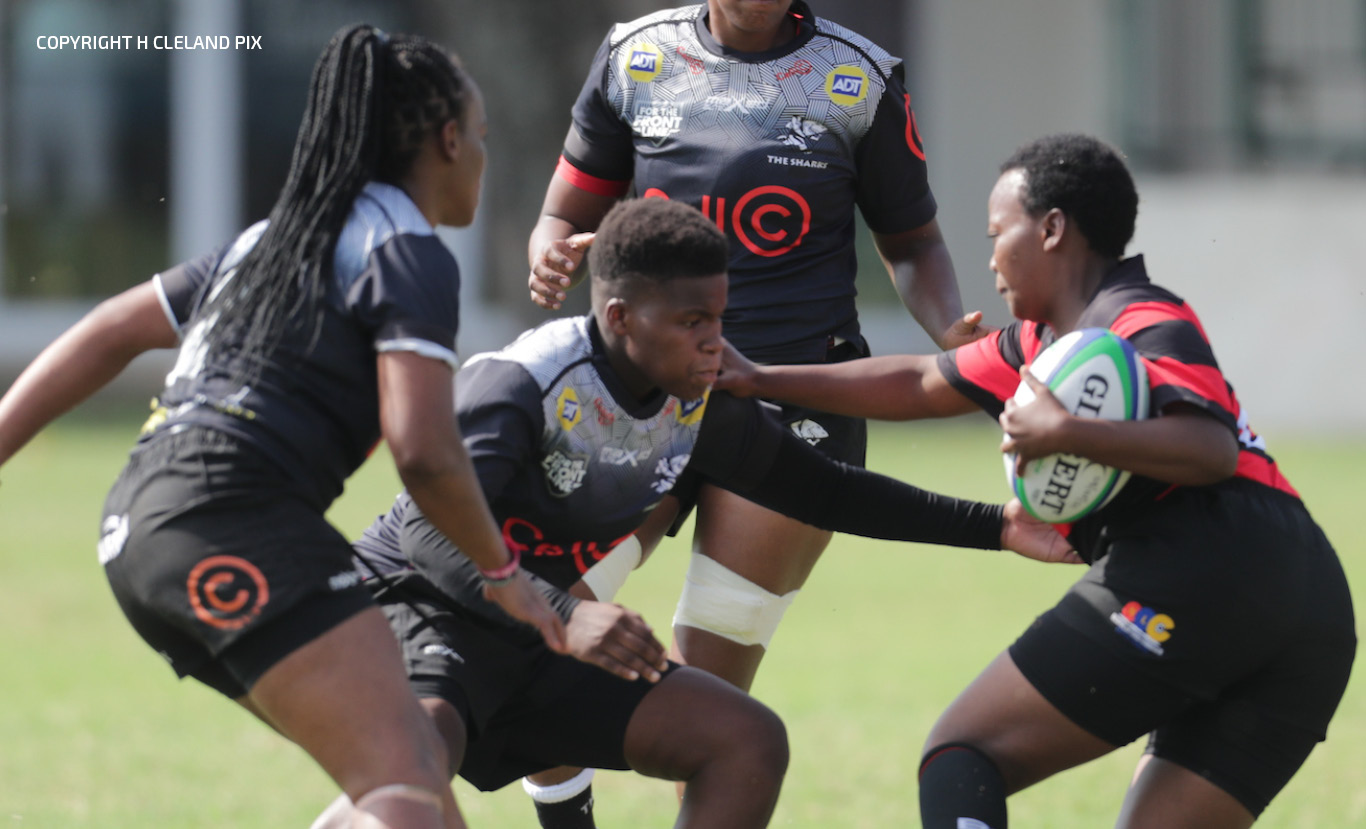 The Cell C Sharks Women’s team are back at home when they host their Border counterparts at Jonsson Kings Park this weekend in the third round of the Women’s Inter-provincial Premier Division tournament.

After two matches, they have a won-one-lost-one record and have improved from a belated start to rugby to retain their historic unbeaten record against the team from the Cape.

“The weather made matters very difficult as it was raining and cold, so there wasn’t much opportunity to play a lot of rugby, but we managed to score a converted try in the second half to win 7-5.”

Mtiya explained that weekly improvements were the team’s main aim and the coaching staff were happy that the team had enjoyed a measure of refinement.

“We have slightly improved our ball handling skills and this weekend will look to improve even further against a physical and competitive Border side who have won two-from-two so far.”

Saturday’s clash between the Cell C Sharks Women and Border Women at Jonsson Kings Park kicks off at 10am and will be televised on Supersport.