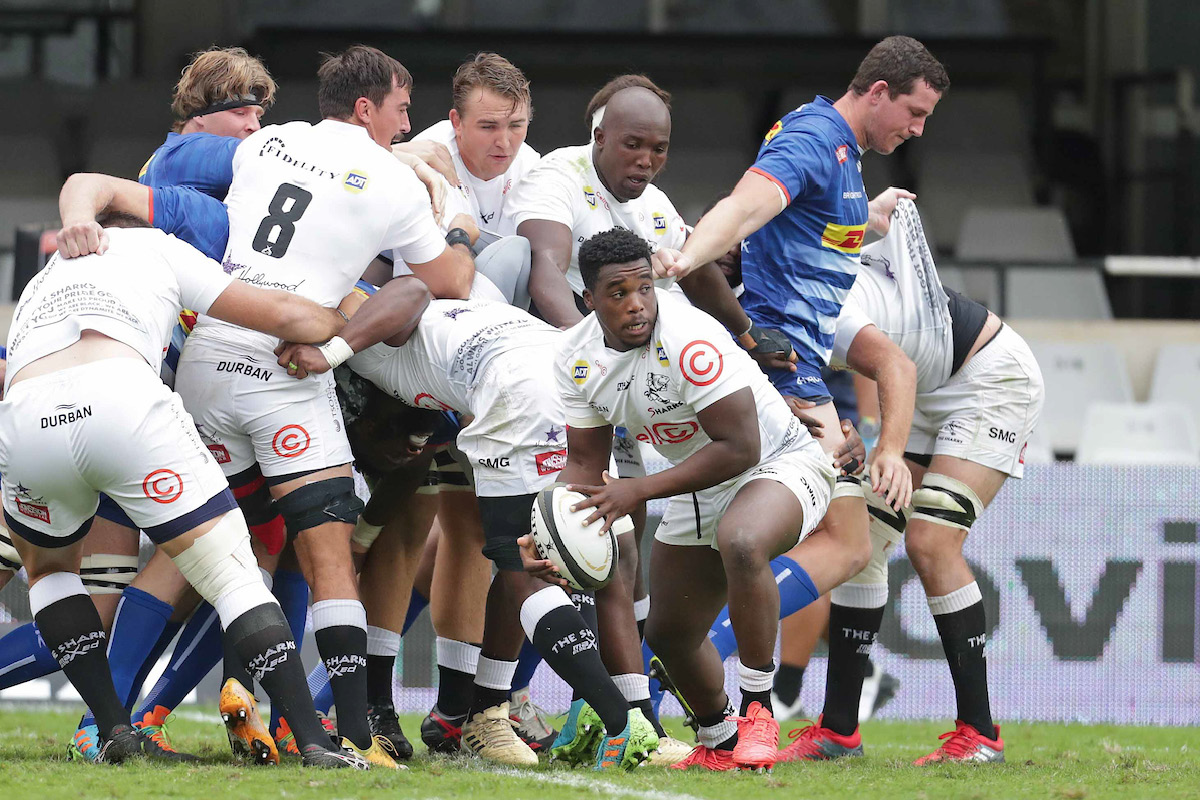 In summing up the Rainbow Cup SA match against the DHL Stormers, Cell C Sharks head coach Sean Everitt pointed to a game in which both sides had periods of dominance that ended in a narrow margin of victory at Jonsson Kings Park on Saturday afternoon.

“We can’t question the guys’ effort, they really worked hard and gave everything against a very powerful pack,” Everitt said after the game.

“I thought we had dominance in the first half for the first 30 minutes and we had dominance in patches in the second half too. We did convert, I thought our power game was really good, we showed a lot of patience in the first half in the build-up to that try, then unfortunately we gave a soft one away just after we had scored. I felt that the try just after half-time was a lapse in concentration when we got our defensive system wrong.

“So soft moments cost us, but certainly something that we’ll address and work harder at next time.”

An area that didn’t go according to plan was at the line-out which the coach admitted did hamstring the team’s attacking options.

“The line-out is a massive source of possession when it comes to try-scoring opportunities, a big contributor to the number of tries that are scored in a game, so I’m really disappointed. Our line-out functioned really well in the first half but we came under the pump in the second half. Credit to the Stormers, they have three really good jumpers, some tall timber there.

“But we have to be better than that and a lot of hard work lies ahead in that department for us.”

With the Cell C Sharks looking to inject pace into the game, the Stormers were repeatedly asked to ready themselves after stoppages.

“The Stormers always try to slow the ball down against us. When we played them in the first game in Cape Town, we scored from a quick line-out throw and we scored from a quick tap penalty, so that’s part of our game and something we want to do. It’s something we got reward for in the first half, so it’s frustrating for us. We want to play a fast tempo game, we want ball in play, but in the conditions for that match, it was difficult to do that, especially later in the second half when the rain came down really hard.”

Defending the driving maul is tough work and requires energy and commitment to preventing the opposition from using it as a try-scoring option. Everitt felt his charges did well in that aspect.

“There are a lot of positives to take out of the game – apart from the fact that the scoreboard wasn’t in our favour – we knew we were up for a massive forward battle and we worked hard preparing for it.

“We didn’t want to be bullied and we weren’t. I thought the guys were really good with the way they handled the Stormers’ power game. At times we dominated them and an example of that was the set-piece in the first half as well as the power we displayed in getting over the tryline.

“So there are a lot of positives to take out. From a performance point of view, I am happy, but we wanted the result, we needed it and unfortunately didn’t get it.”

Springbok captain Siya Kolisi came to Durban with a lot of fanfare and delivered his best performance in the Black & White jersey on Saturday.

“He got two steals, and he had two big moments in a row in the build-up to Yaw Penxe’s try , I thought he was really good. He had a good week, I’ve said before that he’s getting better and better and I’m thrilled that he put in a really good performance in this match.