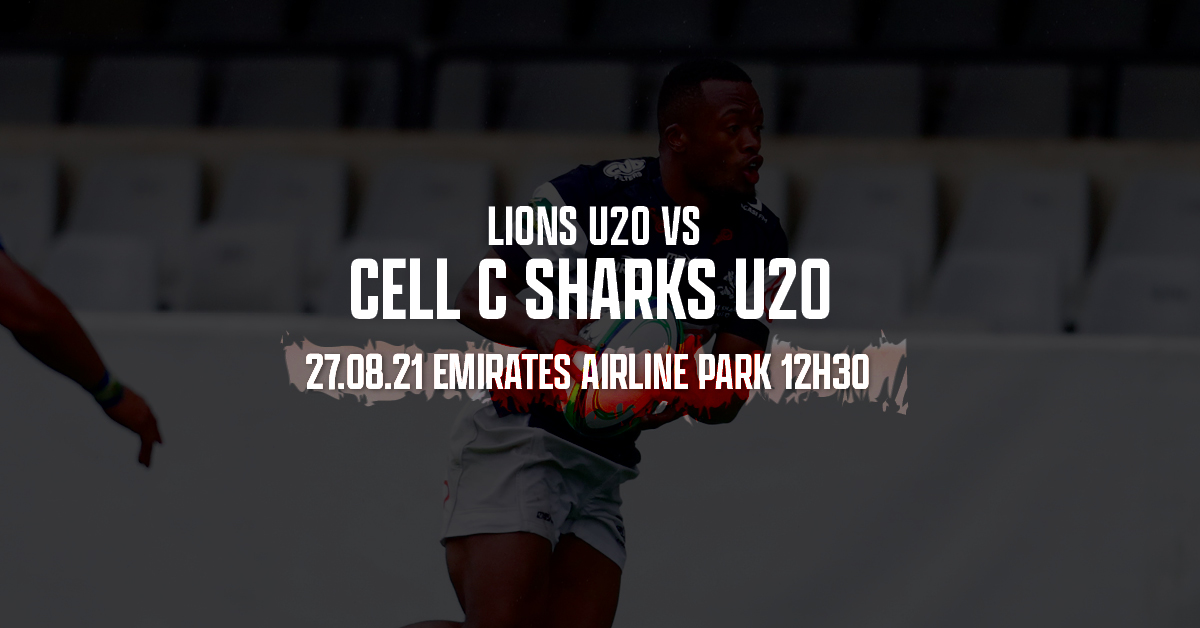 The Cell C Sharks Under 20s return to SA Rugby Under 20 Championship action after a bye last week when they travel to Emirates Airline Park on Friday to take on the Lions Under 20s.

Head coach Mike Vowles is aiming for a composed performance from his young charges after they went down 31-33 to the Blue Bulls in their last outing.

“We were obviously very disappointed with that result after leading 31-14, and with 15 minutes left on the clock, one would have expected us to close the game out,” he explained.

“But the team learned some very valuable lessons from that match and it was a really good performance, despite the result. I’m very proud of what the guys did there.”

He added that the team will be better for that result. “We’ve learned how to deal with pressure and we’ve spoken a lot about how to close a game out so we did take some positives out of it. We’d rather have that game now, than in a final.”

Despite the bye after two rounds, Vowles explained that the team has trained through instead of taking a break which would possibly have been counter-productive to rest when the competition is still in its infancy.

“We know that preparation is massively important and we wanted to make sure we fixed as much as we could from that Bulls game; we’re in a good space right now.”

Casting his eye to what the Lions offer, he warned that his team have a big challenge ahead of them. “We expect them to move the ball, they have a really good backline, some SA Under 20 players in their squad, and they have a strong and physical pack, so we’re expecting a really tough outing.

“It’s never easy playing at Emirates Airline Park, but we have prepared well, we’re focussing on our own processes, strategy and performance and we want to make sure we come back and put our hands up as contenders in this competition.

“We’ll look to match the Lions physically, and then there are a few things we have planned that hopefully can come off so that we take the opportunities we create and show accuracy in finishing those opportunities. That’s a big focus for us.”