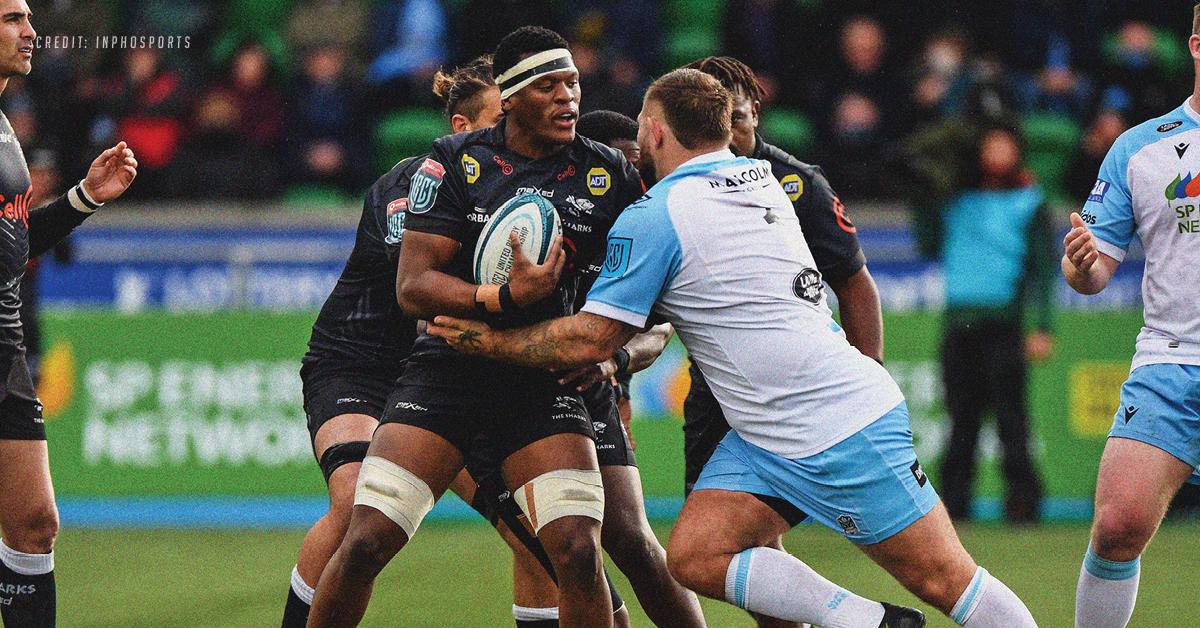 A young Cell C Sharks team has been thrown into the deep end in the Vodacom United Rugby Championship in a real test of character, but there were enough positives from their match against Glasgow Warriors on Saturday to suggest they are on the right path.

“Definitely not happy with the result of this match,” said Cell C Sharks head coach Sean Everitt afterwards. An early blitz from the home team had given them a decent lead, but a strong fightback in the second half proved that this Cell C Sharks has plenty of bite.

“It was a game we thought we could win if we put in a good performance and a disciplined one; in saying that we gave away five penalties in quick succession in the first half which put us under the pump.”

But it was a much-improved effort from his side against Glasgow when they showed a greater awareness and discipline to avoid conceding too many penalties which generally turn to points, either through kicks or tries.

Everitt felt there were pleasing aspects to his team’s performance and many improvements to be positive about.

“Discipline was a problem in the previous week against Munster when we gave away 17 penalties, but on a positive note, at the end of 80 minutes [against Glasgow] we had only given away 10 which was below the tournament average of 13.

“I’m happy with the discipline in the second 40 and that’s exactly why the second half was a lot better. Our discipline improved, our set-piece did too, our lineout improved significantly and so did our scrum and those are pleasing aspects of the game.

“That’s what made the game smoother for us in the second half and at one stage I thought we were quite unlucky not to get the fourth try late in the game which would have yielded us two points from the game.”

For a first-ever match played on artificial turf, there was little time to waste in getting to grips with the way the field played, but this tour is more and more about the learning opportunities for the young team.

“Playing on the 4G pitch is very different because once a team gets behind you, or gets ascendancy in field position, it’s very hard to get the ball away from them. It’s also very difficult to stop their momentum.”

Given the enormity of the challenge facing the Cell C Sharks and the three other South African sides in this competition, it’s only fair to look at the match results in context.

“The guys have learned a lot, there has been many improvements made over the last two games,” Everitt said. “It’s only our second game in the northern hemisphere and we do have a lot of youngsters with us on this trip.

“We’re without 12 of our regular starters and they do leave a big hole. But one must look at the positives, that these youngsters under the age of 22 are getting really good experience by playing in an international competition against international players.

“We’ll get better as the competition goes on, but like the rest of the South African franchises, we are learning hard lessons. But the important thing for us is to stay the course, keep working, keep improving and every week we put in a good performance.”

Round three approaches with the Cell C Sharks headed for Wales for two matches against Welsh opposition on consecutive weekends.

“Next week we have Ospreys and we look forward to the challenge. It’s on Friday night so we have a short turnaround, but we’re looking forward to working for a result in Swansea.”