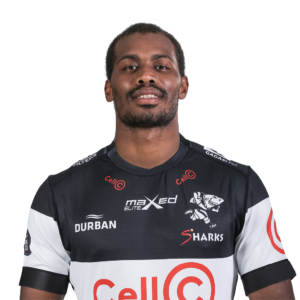 Yet another young flyer with heaps of pace and potential, as well as the skillset to match his speed, Dingaan was a star performer for the champion Cell C Sharks U19 outfit in 2018, emerging as the top try-scorer in the national age-group tournament with a tally of 10.

The following year, he was one of a dozen KZN Cell C Sharks’ representatives for South Africa at the World Rugby U20 Championship in Argentina.

Born in Cape Town in 1999, Dingaan hails from the rustic West Coast village of Vredenburg, near Saldanha Bay, and was educated at Weston High School. He represented Boland at both the U16 Grant Khomo and U18 Craven Week tournaments.