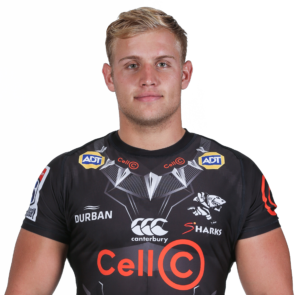 Equally at home in the centre of the front row or on the side of the scrum, this blond-haired dynamo has steadily powered his way through the various age-group ranks in KZN since his primary school days at Kloof.

Continuing his high school studies at Kearsney College, Richardson represented SA Schools in 2017 and earned his first Super Rugby cap for the Cell C Sharks less than two years later, off the bench against the Lions last year at 20 years of age.

He is yet another KZN member of the Junior Springbok squad that competed in Argentina last year.