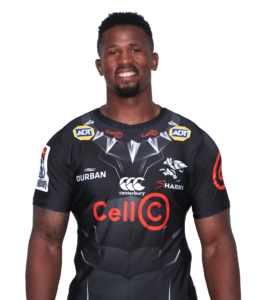 Another Springbok signing, Sikhumbuzo Notshe is keen to rejuvenate his career at the Cell C Sharks.

The dynamic 26-year-old loosie has spent his entire rugby life in the Cape, graduating from Wynberg Boys High to make his Currie Cup debut for WP in 2013, and hitting the Super Rugby stage a year later.

The first of his six tests for South Africa was also against Wales in Washington in 2018, but he feels that his career was busy stagnating and believes the Cell C Sharks will provide just the right injection to push him back to the top of his game.