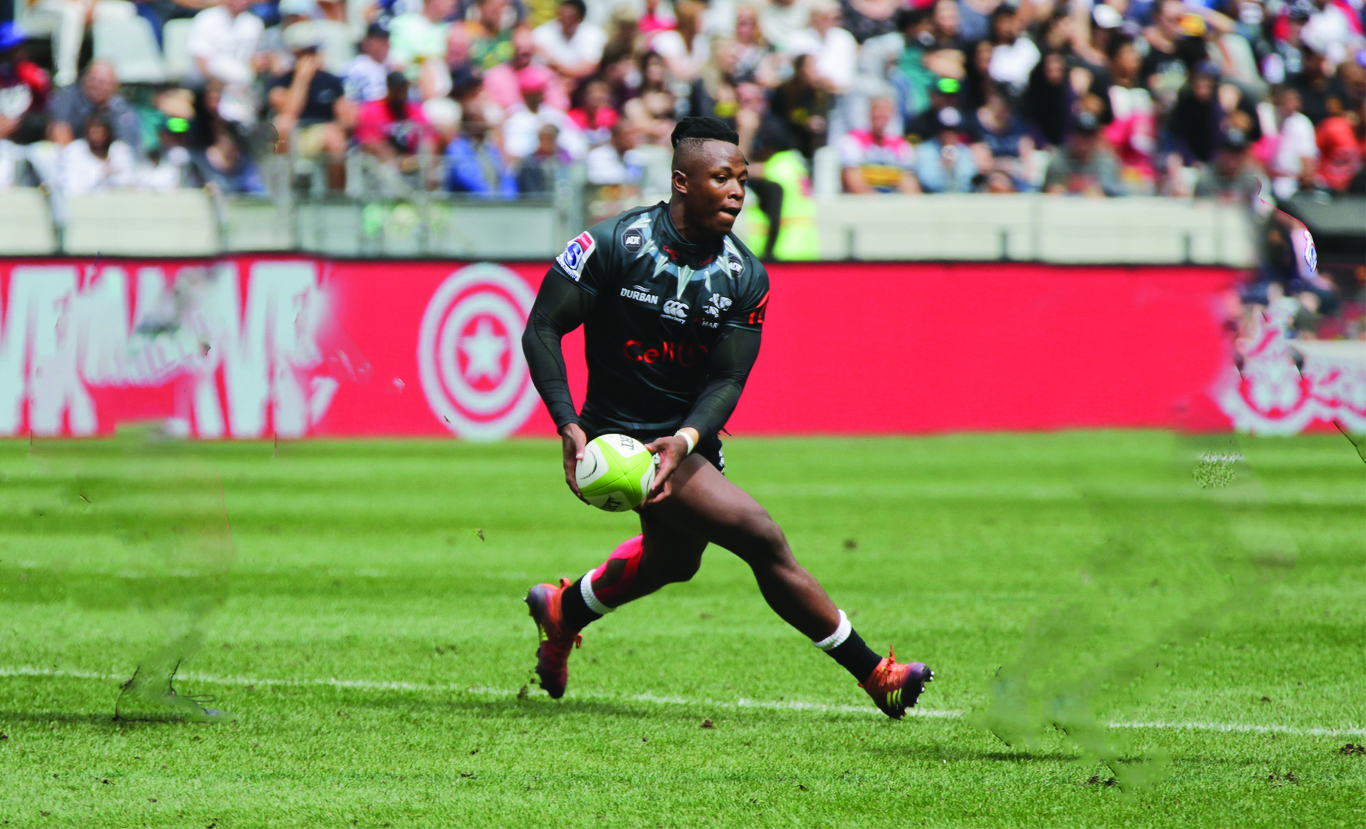 While the joy and euphoria of the Rugby World Cup fade, new challenges must take their place, and for Cell C Sharks wing Sbu Nkosi, the season ahead is an exciting one.

“It was a wonderful experience winning the Rugby World Cup, but we’ve had to bury all that and now focus on making 2020 a successful season for our respective franchises,” he says.

Having achieved the greatest success a rugby player can dream of, he explains that, “It’s given me confidence but also a lot of responsibility because I’ve come back to guys in the same position as me who look up to me. And when we are training, I can’t be the one lagging behind them, I have to show more energy in everything I do, because they are looking at me to set a certain standard.”

There is a huge step from the highs of drinking from the Webb Ellis Cup to integrating back into pre-season training, but Nkosi is philosophical about it. There is no good reason to dwell on past successes if you don’t want to slip up by losing sight of what’s to come.

“We’ve had our time to enjoy the highs from the World Cup and while it’s a memory none of us will ever forget and one nobody can ever take away, it really is time to move on. We know we need to use the influence, the knowledge and the experience we gained in Japan and impart it on as many people that we can, making sure we build from it.”

Superhero Sunday takes place this weekend with the Cell C Sharks up against the DHL Stormers and the Vodacom Bulls and Emirates Lions clashing in what promises to be all out action.

The build-up to this game has been good and Nkosi believes the team is in a good place right now.

“Our preparations have been intense, the quality of the preseason has been high and I can only commend the boys on the collective effort. We gave Russia a good run for their money which gave us a lot of confidence, but we’re playing against a Stormers side that boasts probably the best pack in Super Rugby so we know we have to pitch up upfront. We’re going into this game with the mindset of perfecting our game model.”

While everyone is waxing lyrical about the Stormers’ pack, there’s nothing too shoddy about the Cell C Sharks backline and in both instances, there are more than a handful of Springboks on show, willing to give of their best.

“I do think we have a very good backline – in my opinion – and we have strong and smart players, good decision-makers and lots of pace out wide. We have a healthy squad of backs and if we live up to our potential, then we are in for a very exciting season.”

Although there are many great players all vying for limited positions, he admits that competition for places is healthy and brings out the best in players.

“It’s the usual story in sport, competition is always there and while we’re saturated with talent in this position in South Africa, it’s great. We train together in the gym, we do everything, and we feed off and learn from each other. The competition is healthy and it will stay like that because we have really good camaraderie going.”

This is a Cell C Sharks squad that may have lost some players to overseas contracts but which has brought in exciting talent. He believes this bodes well for the season ahead.

“While a few players left last year – in key positions some might say – we have extremely capable replacements, people who want to be at The Sharks and I think that’s the most important thing. The passion for the brand and the team makes them a far better player than one of higher quality who is not that invested in the environment.”