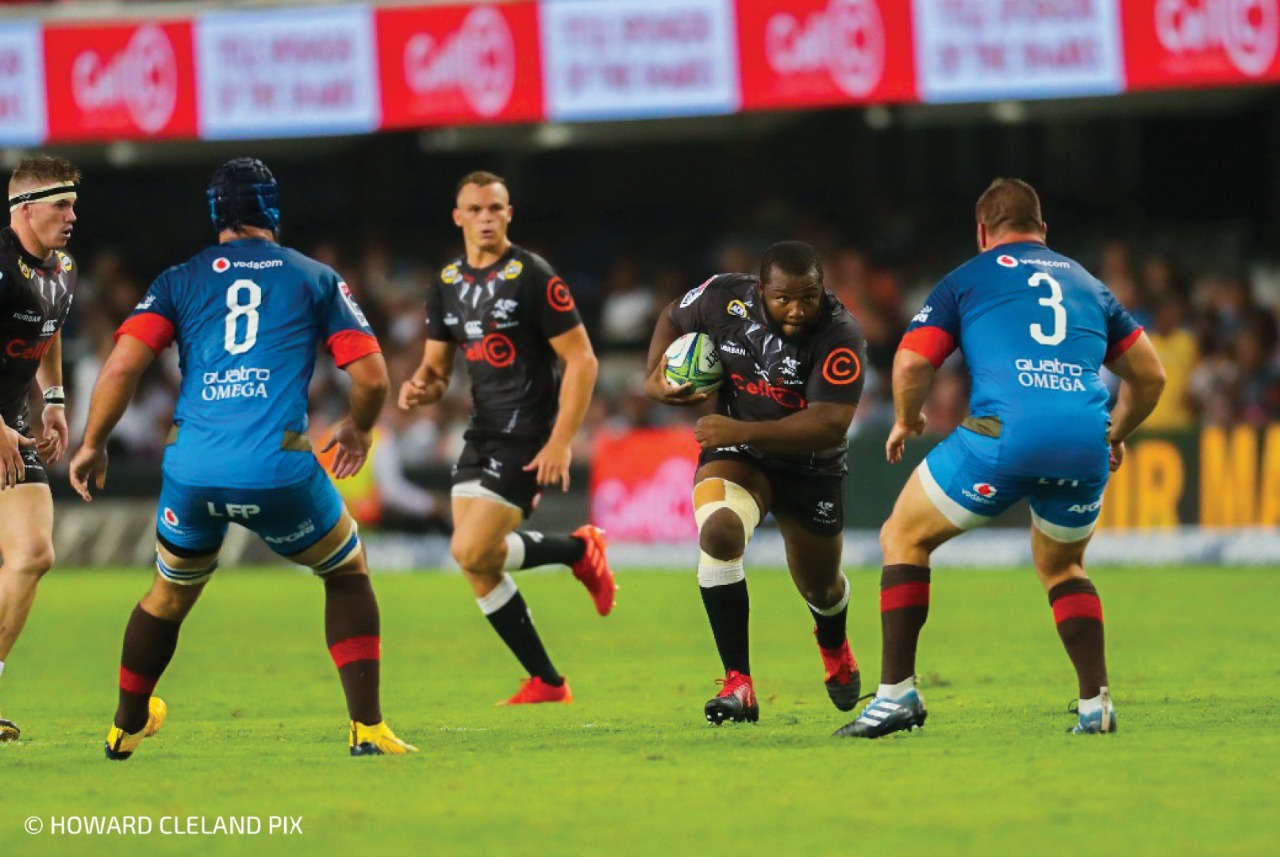 Week One of Vodacom Super Rugby produced a highly intense match between the Cell C Sharks and the Vodacom Bulls with the home side too good at Jonsson Kings Park.

There can be no arguing against two tries to none and while Morne Steyn played an important role for his team, they had no answer to a Cell C Sharks side that just had too much firepower for their well-deserved 23-15 victory.

Perfect, but extremely warm conditions greeted the two sides and both had to contend with the tough conditions, although the visitors probably struggled the most with ball handling given the heat and humidity.

A mistake from the kick-off gave the visitors the advantage and an early penalty which they converted for the lead, a but the Cell C Sharks showed some enterprise on attack to earn a very kickable penalty which Curwin Bosch had no trouble converting to even matters.

A scrum penalty following another good attacking effort – this one sparked by the mercurial Aphelele Fassi – saw Bosch double our points and the lead to 6-3.

In a match where the boots of the respective flyhalves were the only contributors on the scoreboard, Morne Steyn added his second penalty to once more even matters with 15 minutes of a tense first half remaining.

With two minutes to go to half-time, Bulls kingpin Morne Steyn managed a drop-goal to send his team into the lead, the flyhalf playing an important role for his team as a kicking flyhalf and the visitors managed to hold out for a 9-3 lead at half-time.

The Bulls had managed to take the lead thanks to a pack effort and a kicking flyhalf whilst the Cell C Sharks had looked to play some attacking 15 man rugby and had come close to getting the reward they deserved a few times.

The second half had the Bulls pinned back in their 22 and the Cell C Sharks fired up and it wasn’t five minutes before we had placed an emphatic marker on the game. Curwin Bosch had little time to react under pressure and chipped the ball towards the corner, with Sbu Nkosi showing his remarkable athleticism to snatch the ball from two defenders and score the opening try of the game.

Bosch converted a tough effort from the touchline for a 13-9 lead and with just under half an hour’s play remaining he added another penalty after the Bulls had infringed at the breakdown of an exciting attacking move that had the visitors under all kinds of pressure.

Going it the final quarter, the Bulls finally earned a scrum penalty, having conceded two during the game and Steyn’s unerring boot took his side to within four points of the Cell C Sharks’ 16-12 lead.

With less than five minutes remaining, the Bulls earned a penalty right in front which Steyn converted to take it to a one point game but the match couldn’t have ended on a better note.

The Bulls made a clanger in clearing from their 22 to concede a scrum. From there, Andre Esterhuizen put his team onto the front foot and fed replacement scrumhalf Sanele Nohamba who blitzed his way to the try line with Bosch maintaining his 100% record.

It wasn’t the perfect performance but it was the perfect start to the season. First matches of the tournament are never completely without error, but what cannot be denied of this team is their deep desire to perform and the effort and energy they delivered. Vodacom Man of the Match: Sbu Nkosi