Cell C Sharks head coach Sean Everitt has named a 27-man squad that will depart for Australasia after week one action in their match against the Vodacom Bulls.

The team will take on the Highlanders and Hurricanes in their New Zealand leg in week two and three, followed by successive matches against Australian opposition, the Rebels and Reds.

Everitt has named 11 backs and 16 forwards in the touring squad and will take the 23 man matchday squad that performed on Friday night against the Bulls, alongside four more players, three forwards and one back.

He has named new recruit Madosh Tambwe along with Cell Sharks Under 19 and junior Springbok captain Phepsi Buthelezi, together with front rowers Majola Mzamo and Dylan Richardson. 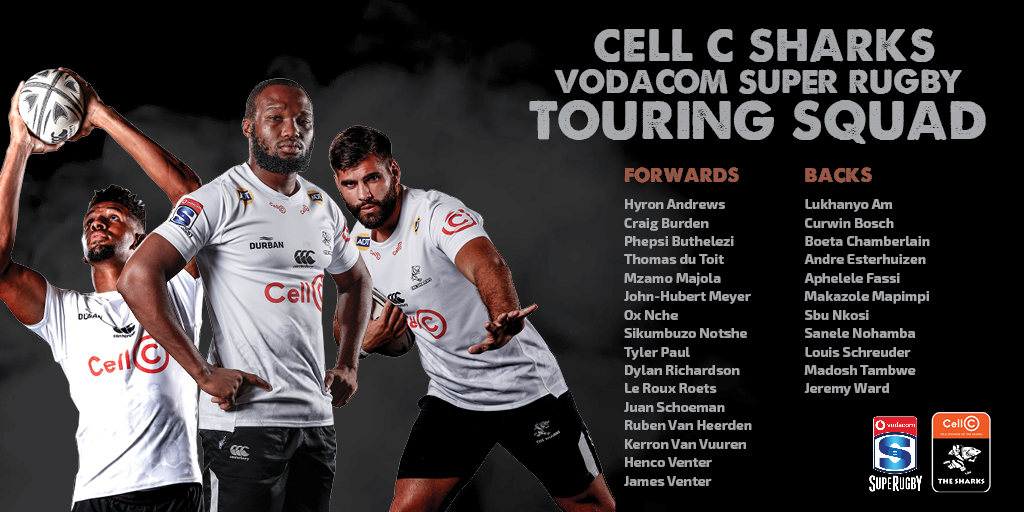