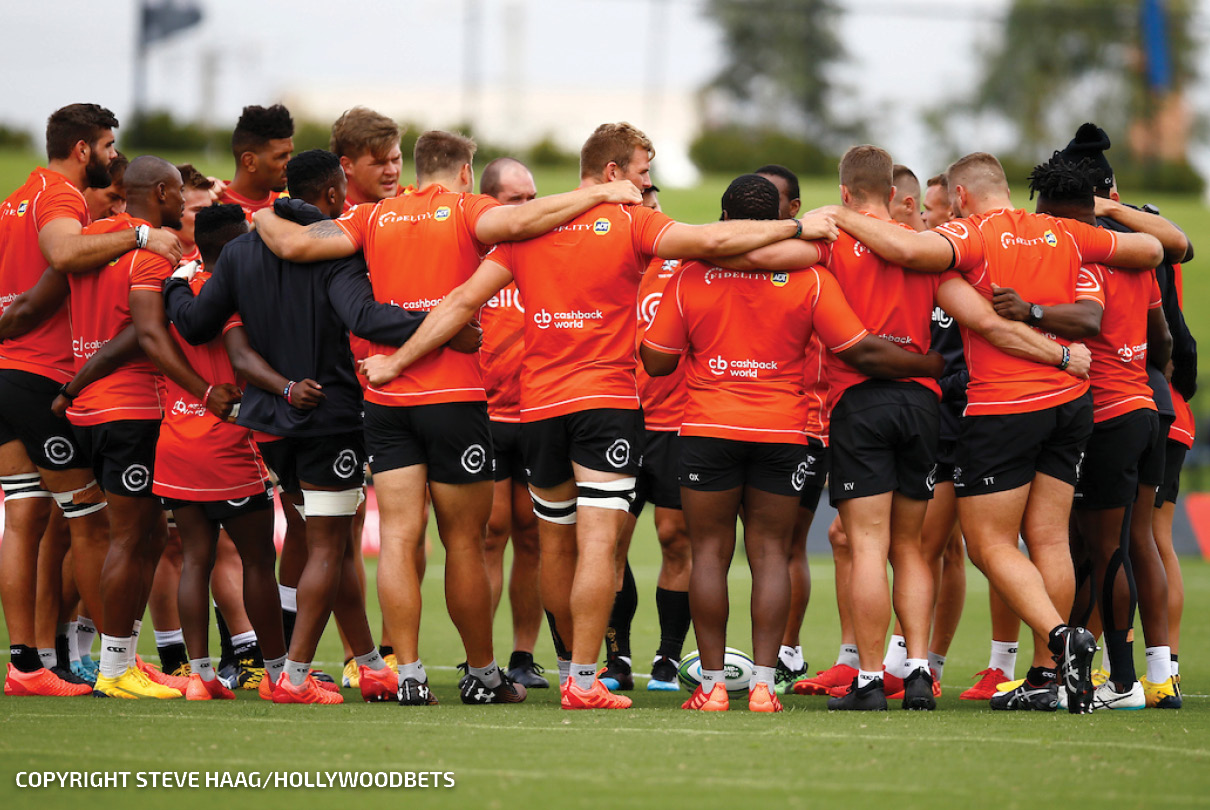 On Saturday morning, the Cell C Sharks and Melbourne Rebels meet for the eighth time in Vodacom Super Rugby since the Australian team entered the competition in 2011, the fourth time they clash in Melbourne.

The Melbourne Rebels are coming off a 24-10 victory over fellow Australians, the Waratahs, following two losses in the opening fortnight and will be geed-up by their recent form, while the Cell C Sharks are looking to return to winning ways after victories over the Vodacom Bulls and Highlanders were followed by last week’s defeat at the hands of the Hurricanes.

Of the seven previous encounters, the Cell C Sharks hold the upper hand with five victories, the Melbourne Rebels have one and the teams drew in 2017. The Melbourne Rebels’ only victory came at home two years ago – almost to the day – a 46-14 win.

However, the biggest margin of victory goes to the Cell C Sharks with their 64-7 victory at Jonsson KINGS PARK in 2013.

The side, almost completely at full-strength, will be looking at putting in a strong showing against the Rebels this weekend.

Head coach Sean Everitt is happy to have Curwin Bosch back at 10, although the man who eventually finished the game put on a quite remarkable performance considering the fact that this was his first senior game in the position.

“Sanele Nohamba played really well, it’s never easy playing in your third Super Rugby game as a scrumhalf and you get slotted in at 10 with 60 minutes left on the clock,” said Everitt. “He was really good, I’ve seen him play 10 at school and he’s comfortable in both positions. We all understand that his primary position is at nine but I must say that he has a mature head on his shoulders and we look forward to what he can bring to this team.”

With Bosch joined by Thomas du Toit, Ox Nche and Makazole Mapimpi – all of who either missed the game completely or featured briefly – the disruptions are hopefully a thing of the past.

“Despite the disruptions, the guys showed tremendous fight and apart from some individual errors which are easily fixable, we were always in the game,” the coach said of last week’s game.

Casting his mind at the Rebels, he warned that it won’t be easy against a well-drilled side that looks to take the best of South African and Australian rugby and mould it into a winning formula.

“They are a conservative team, they hold on to the ball really well, they tend to put the ball through a lot of phases. When I talk about conservative play, they kick quite a bit and they defend really well. I guess that’s Dave Wessels’ philosophy,” Everitt said of the Rebels’ coach.

“They are a difficult team to play against. From our side, and if the weather allows it, we’re going to continue on this road; I know it’s the right road. We have to be more accurate defensively, particularly in the back three, and we need to put pressure on the breakdown.”

An area of concern for the Cell C Sharks has been the penalty count against them and it’s something the team has looked to fix this week.
“That is concerning for me because they are controllables, quite a lot of those penalties we gave away on Saturday were controlled by us, there were no 50-50 calls and no excuses for guys putting the team under pressure. We’ve addressed that.

“Giving away 15 penalties in the first game (against the Highlanders) – you shouldn’t win – this week was 12. We have to get that penalty count down if we want to take the pressure off ourselves in a game because it affects your territory and possession stats.”

With two matches of the four week tour remaining, the Cell C Sharks know that a successful tour depends on the results of the final two games. Wins would deliver a 75% success rate – not bad for a tour.

“Our goal is to win the last two games of tour, we are performance driven and if we put in two good performances, we’ll get two results.

“I think we are on the right track, we had unfortunate disruptions against the Hurricanes but we’ve moved on and the guys are really upbeat about playing the Rebels on Saturday.”