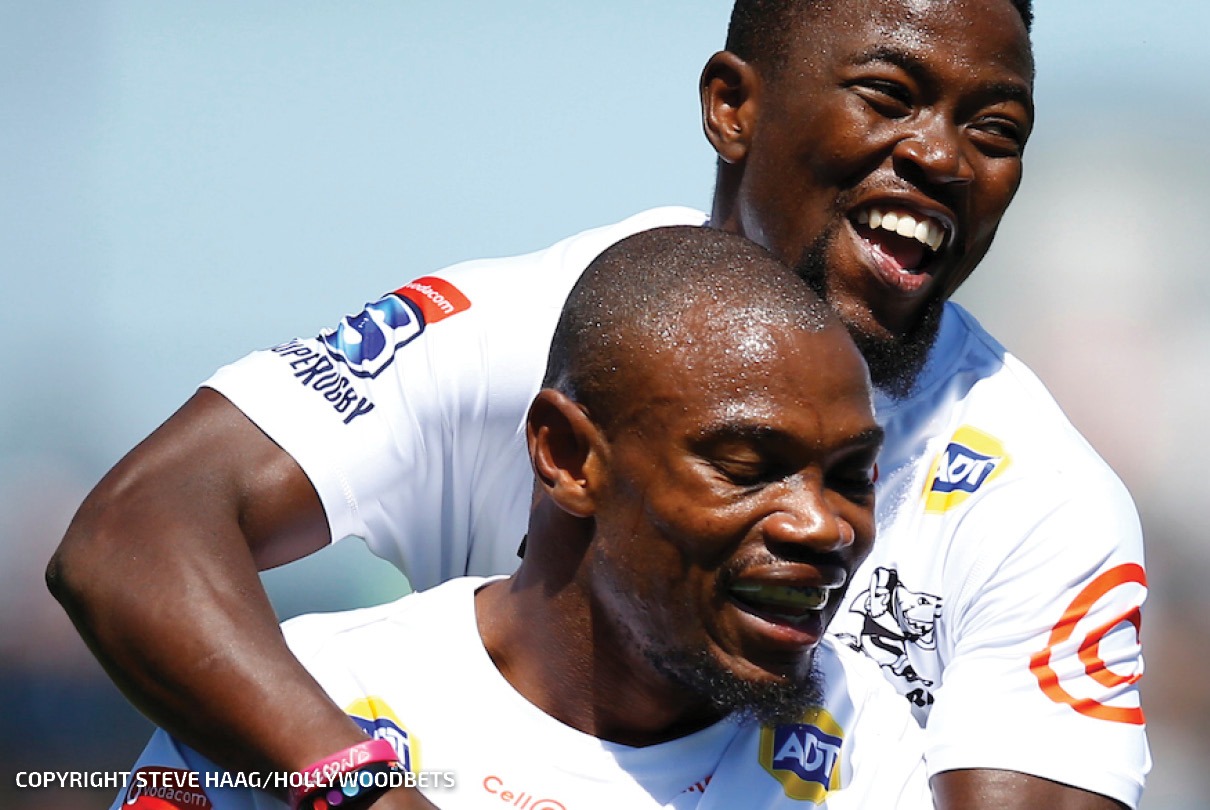 The Cell C Sharks were simply too good, too courageous and too dangerous for a game Melbourne Rebels side in an entertaining Vodacom Super Rugby clash at Mars Stadium in Melbourne early on Saturday morning before running out worthy 36-24 victors.

Perfect conditions greeted the two sides, making running rugby a joy and the Cell C Sharks did not disappoint with five glorious tries in an emphatic statement of the exciting rugby the team under coach Sean Everitt want to play the game.

The match got off to a great start when returning flier Makazole Mapimpi crossed early in the game inside the opening five minutes thanks to the perfect grubber from Aphelele Fassi and an excellent offload under pressure from Sikumbuzo Notshe with Curwin Bosch converting, only for the Melbourne Rebels to equalise a few minutes later.

Andre Esterhuizen, standing in as captain, scored our second try but again the home side struck back, this time kicking a penalty to narrow the gap to just two points.

Bosch restored the five point lead on the half hour after a sustained period of attack that resulted in a 40m penalty that the flyhalf had no trouble converting.

This is a truly courageous side and it was never so evident as a five minute period on defence where the Melbourne Rebels had a scrum inside our 22 but we smashed them back time and again until they were back inside their own half, losing territory by the second and eventually conceding a penalty on their own ball.

As the game headed for half-time, the Melbourne Rebels lost their own lineout which set us on a path to success, Thomas du Toit making a good 30m before being brought down short of the line. The ball was recycled out wide with Bosch sending a long, looping pass to Madosh Tambwe to score at a critical time. Bosch converted for a 22-10 half-time lead.

However, the Cell C Sharks were reduced to 13 men early in the second half – one for a dangerous tackle and one for repeated team infringements in our 22 – and the numbers advantage led to the inevitable try with the conversion reducing the gap back to five points.

With the Cell C Sharks restored to a full complement of 15 players, there was no stopping a lethal wave of attack after attack, taking the ball through 19 phases from our half to the tryline before a TMO referred try was awarded to Mapimpi for a close range effort. Bosch added the extras for a 12 point lead and 15 minutes left to play.

Our scrum, operating like a well-oiled unit, provided lovely gains with a number of penalties thanks to a superior performance.

The Melbourne Rebels were hammering away at our line, phase after phase and looking threatening, only for Esterhuizen to steal the ball in the tackle, send it out wide and Mapimpi had too much gas. On a hat-trick, he unselfishly gave the ball to Bosch to score. The conversion meant a 19 point lead with seven minutes remaining and there was no question about the result.

The Melbourne Rebels managed a consolation, intercept try with a minute of the game remaining but it would have been scant reward against this proud, never-say-die Cell C Sharks team.