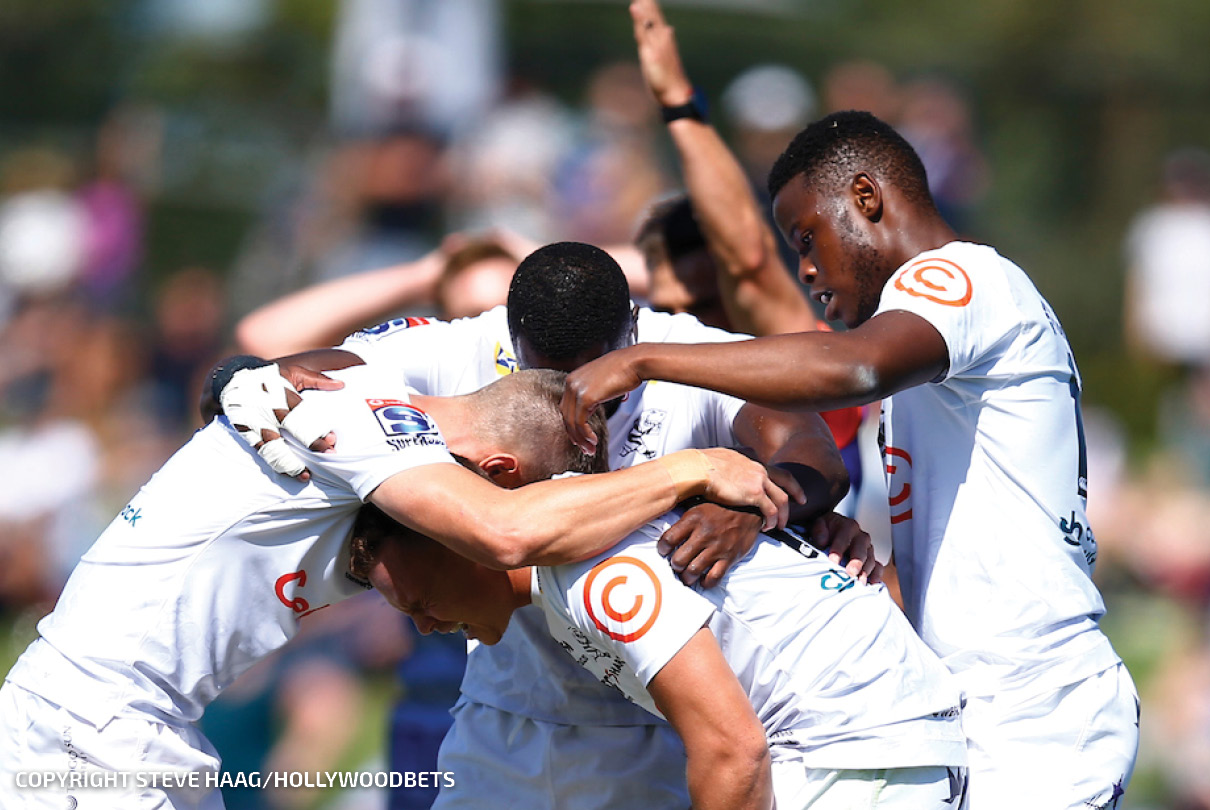 The Cell C Sharks delivered one of their best attacking displays of this year’s Vodacom Super Rugby campaign and only an intercept try from the Melbourne Rebels could prevent the team from taking a bonus point out of this vital clash.

There remains one more match on tour – against the Queensland Reds in Brisbane this weekend – and then the team returns home after four weeks on tour. One last push, a strong performance and a happy result would earn the team a 75% success rate on tour which is praiseworthy indeed.

Speaking after his team’s 36-24 victory over the Melbourne Rebels in Melbourne on Saturday, head coach Sean Everitt was beaming.

“We are very happy with the outcome of the game against the Melbourne Rebels,” he admitted.

An area of concern was addressed and he was quick to praise the forwards for their hard work in fixing this.

“I thought we improved hugely in our set-piece,” Everitt said. “The scrumming and the lineout work was way better than it was the previous week and credit must go to the forwards who put a lot of work in to this in the week leading into the game.

“We said after the Hurricanes’ game that we would fix the problems and I think we rectified that, although it wasn’t perfect because we lost one or two lineouts in the second half.”

Everitt also paid a compliment to the Melbourne Rebels who never stood back, delivering a hugely physical effort and never giving up, even when the game was won and lost.

“The boys defended really well against a difficult and very physical team. The players said afterwards it was the most physical game they played in Super Rugby this year so far, so credit must go to the Melbourne Rebels for the fight they put up.”

In a tournament where tries are hard to come by, where defences are tough, Everitt was also thrilled with the killer instinct showed by his team. There is little doubt about the attacking ability of the Cell C Sharks and they showed it on Saturday.

So too the camaraderie in the team and how much the players value their team-mates.

“We’re obviously very happy with the five tries we scored, Makazole Mapimpi was on a hat-trick when he gave the ball to Curwin to celebrate his 50th game.

“Our guys are in a good place, they’re learning quickly and the energy they display on the field shows us that they’re a happy team and hopefully we can continue to improve from week to week so that we get home, we can put in a good performance at Jonsson KINGS PARK.”