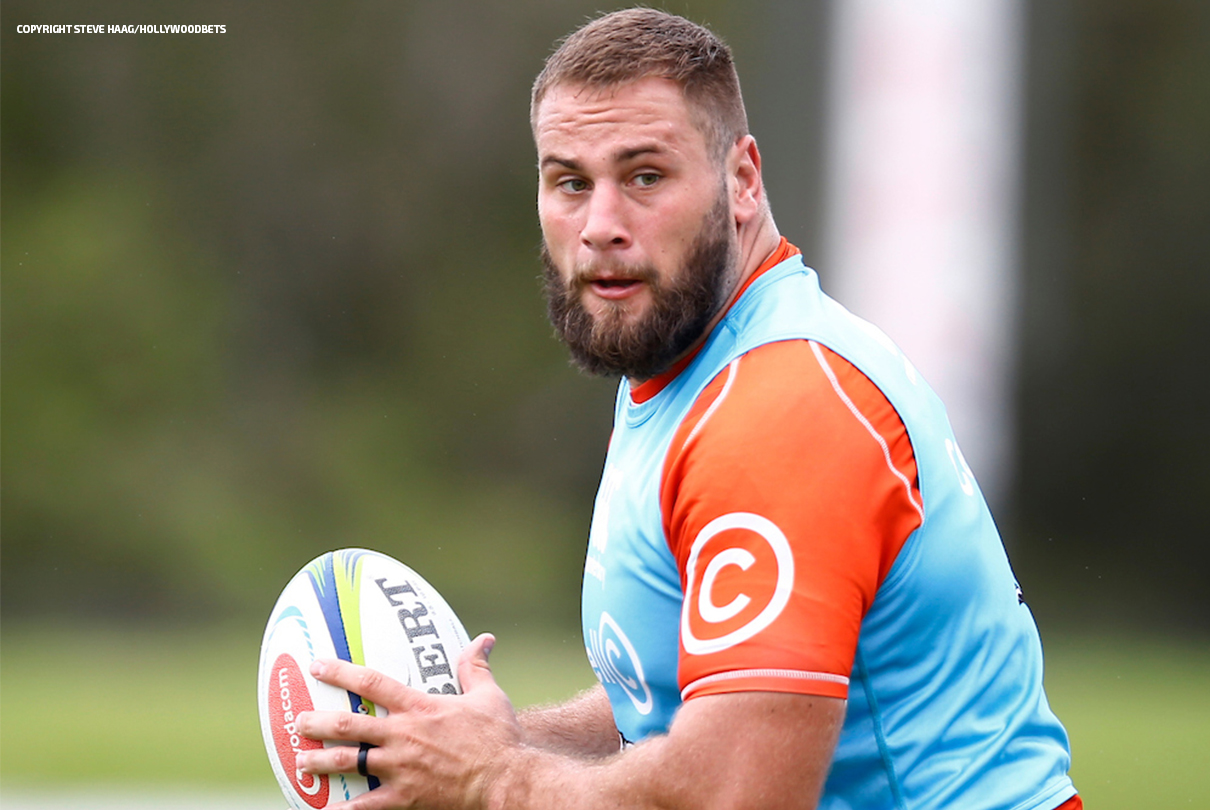 Vodacom Super Rugby presents huge challenges for players and their teams, and for the Cell C Sharks, one of these is getting on top of the opposition in the physicality stakes and at set-piece time.

Reflecting on the last two weeks, two very different weeks with two completely different outcomes, Cell C Sharks prop Thomas du Toit, speaking from the team’s base in Brisbane where they are preparing for the final tour match against the Reds on Saturday morning, admitted that a lot of hard work is happening behind the scenes to ensure that the performances match the goals.

“We had disruptions before the Hurricanes with those changes, but it’s something that happens and something we’re learning to deal with, and we feel like we rectified a few mistakes in the Rebels game and that we’re getting better and better. We’re sticking to the processes and what works for us and then trying to cut out what doesn’t.”

There have been some changes upfront for the Cell C Sharks since last year, but between Ox Nche, Kerron van Vuuren and du Toit, there has been a settled look about the front row.

“It’s been good to have some continuity in the front row, especially with Ox and all his experience at loosehead prop – he’s an amazing loosehead prop – so it’s really nice having him in the mix,” said du Toit.

“We’re scrumming a lot together, spending time together and that helps a huge amount. Although we haven’t had much time together, the time we have had has been well-spent and it feels that, as a front row, we’re growing constantly and that’s something we can build on.”

Looking at the growth of the Cell C Sharks pack, he admitted that he was confident their growth continues.

“I think the public’s perception of us as a forward pack is starting to change, and that’s down to us sticking to what we know works for us and trying to better ourselves every weekend.

“Obviously, like coach Sean says regularly, we are performance driven and we go back to that every week after a game, looking at how our performance went and not necessarily the results.”

Talking forwards, what does he make of the Reds?

“They have set a very good example for the scrums and they have a very good one which we have respect for. But we’ll never back away from the challenge even though we realise it is a massive challenge for us. So we’re more excited for the challenge than anything else, certainly not fearing it, and we look forward to it and welcome it.”

The Reds go into this game off the back of a big win – defeating the Sunwolves 64-5 – after losing their opening matches (against the Brumbies, Lions and Jaguares), but all three losses came away from home and last week’s result was played in front of their fans, as will Saturday’s clash with the Cell C Sharks.

“Their full strength side played very good rugby last weekend, so obviously there is a huge amount of respect for them, knowing what they are capable of,” said du Toit.

“But it’s not something we are going to be standing back for, it’s going to be a big challenge for us, but we welcome it.”