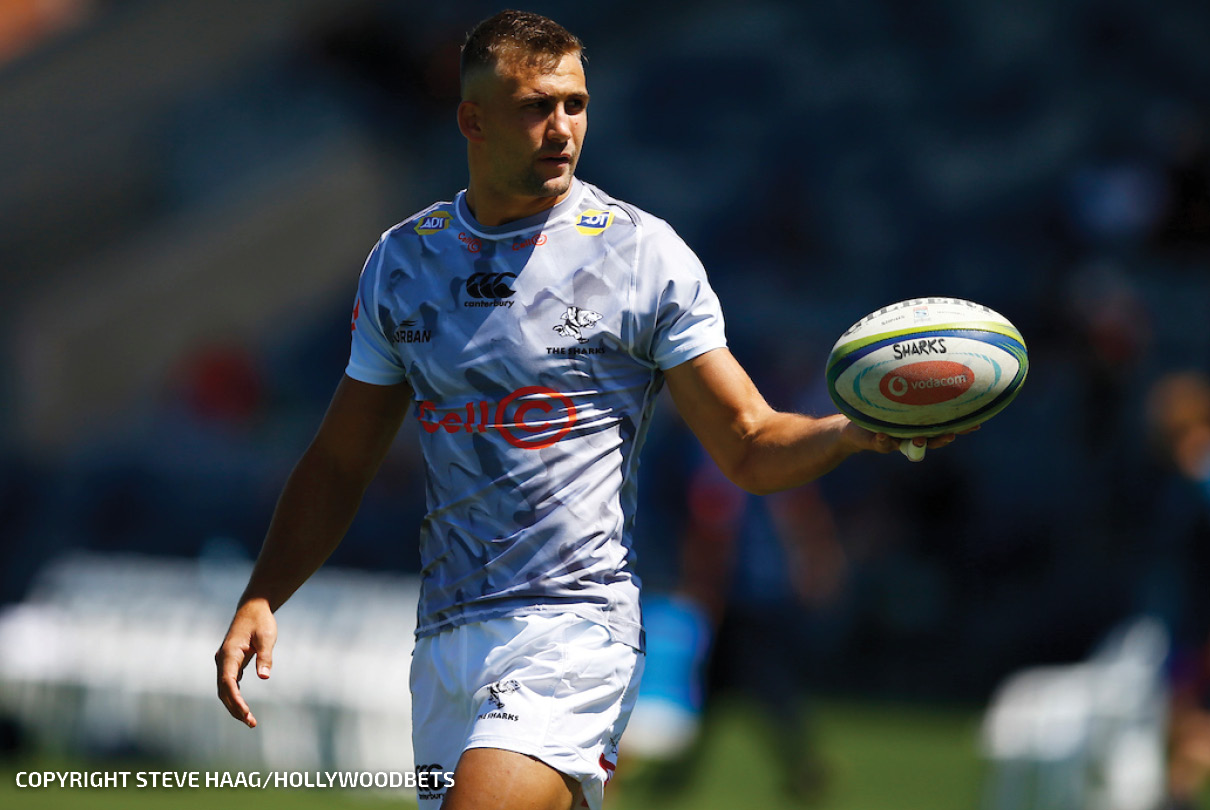 A four week tour is a tough proposition for Vodacom Super Rugby teams, although the Cell C Sharks have traditionally been good tourists and will aim to close off on a high against the Reds this weekend.

Time spent together on tour has a strong bonding effect and for centre Jeremy Ward, the team is better off.

“We’re a close-knit unit,” he explained from Brisbane where the team is preparing for Saturday’s clash with the Reds.

“We lost players last year and gained some new ones, but going on tour early has been good for us. We’ve spent a lot of time together, getting to know each other off the field which is really important and the new guys have settled in well. We’ve made some good memories on this tour and hopefully this weekend we can pull it together and finish on a good note.”

With captain Lukhanyo Am rested for the match against the Rebels in line with Springbok playing time protocols, Ward was handed his first start of the season and enjoyed it immensely.

“It felt really good to get a start last week, my first start and a solid one. I have an important role to play, whether it’s to start the game or like the first few weeks, coming off the bench.

“So, whatever role it is, it’s about being the best possible player the team needs at that moment.”

This Saturday sees the Cell C Sharks playing their last game of a four week tour before returning to Durban which marks a few tough weeks as well. However, that’s a long look into the distance and Ward admitted that the focus is purely on the task at hand.

“We’re taking it game by game and our focus is simply on the Reds,” he said. “We’ve had a pretty successful tour, winning two out of three is really good, but we’re looking to get a result this weekend. We have a good plan and the coaches have put a lot of work into making sure we will be ready for this weekend.

“While there are more challenges to come when we get back home, all our energy is on this weekend and a really, really good Reds team that’s going to present very different challenges to what we’ve faced so far this season.”

Looking at the Reds, he warned that they will present a massive challenge for a Cell C Sharks team aiming for 75% success on tour.

“The Reds offer many threats, their scrum has been very good and it’s a platform they enjoy launching off.

“Then they have James O’Connor at 10 and he’s really embraced his role, he’s a clever player who likes to use his skills and does that very well. But they have good players all over the park, all playing really well. But we’re not focusing our attention on one player, we are aware of them and we will be ready for any challenge that presents itself.”

The Cell C Sharks have their own danger men, one of whom, Makazole Mapimpi, continues to score important tries and has become a vital component in the backline.

“He’s on fire at the moment and there’s no denying it,” Ward admits.

“When we give him the ball, we just wait for something special to happen, and it does. It’s great to have a player like him who brings so much more than just finishing. His work rate off the ball is immense and he’s guiding guys like Aphelele Fassi at fullback and Madosh Tambwe on the other wing . He’s been really good and a great influence in the team on tour, with his experience in the Rugby World Cup with the Springboks. “Yeah, just pass the ball to Mapimpi!”