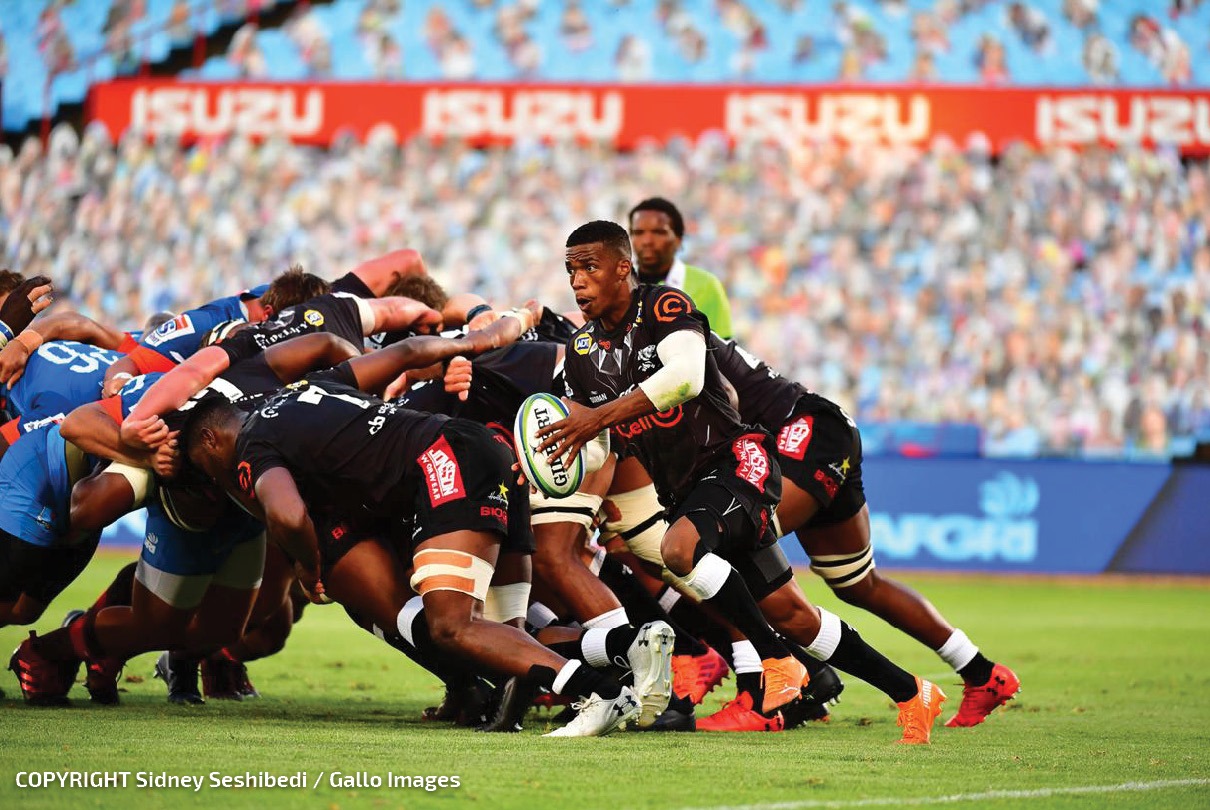 Although the scoreline will reflect that the Vodacom Bulls won Saturday’s warm-up match against the Cell C Sharks, there was a lot to take out of a match that was never about winning or losing, but so much more.

Given the severe injury toll that kept a number of players out of action, head coach Sean Everitt took a young and exciting 30 man squad to Pretoria and the match, particularly in the second half, proved just how much depth he has available to him going forward.

“The scoreline is not what we wanted,’ he admitted after the match, “we came into the game with an enlarged squad because we have really good youngsters within this group and they certainly displayed their talent in the second half. I though the team played exceptionally well in that second 40 and we put the Bulls under pressure with the style of rugby that we want to play.”

The match was billed as one fast-paced, high-energy team against a hugely physical, dominating side and that came to pass. Looking to up the tempo, the Cell C Sharks did struggle in the first half but got their game going beautifully in the second.

“When you play risky rugby sometimes it doesn’t go your way and there are certainly work-ons. A pleasing aspect is that our set-piece went well, we only conceded one try in the first half that was structured by the Bulls.

“Credit must go to the Bulls, I thought their breakdown was outstanding in the first half, it was something we battled to adjust to and didn’t get the quick ball we needed. When your ball is slowed down, you battle to get gain line because you’re not going forward. From a physicality point of view they handled us pretty well and when we were down deep in the Bulls’ 22 we didn’t use the right tactics that we would have liked to, but it’s certainly something we will work on.

“We can take a lot of learning out of this and hopefully when we’re back on the field in two weeks time we will be a better unit.”

Discussing the first half when the Bulls built up a good lead, Everitt explained that, We play this game for turnovers and that’s why we kick contestables, unfortunately we didn’t gather three of them and that cost us three tries. But there is organisation we can work on around that so it’s not the end of the world.

“And then on attack, we spilled the ball on the Bulls’ tryline and they ran 100m and suddenly it was 35 points which was difficult to come back from. But certainly a lot of learning to take out of the game and we’ll definitely improve on this.”

A really pleasing aspect was the form of the three young scrumhalves – Sanele Nohamba, Grant Williams and Jaden Hendrikse – none of whom looked out of their depth, and in fact looked the polished (and finished) product.

“We are blessed at The Sharks to have some of the best young scrumhalves, possibly in world rugby,” Everitt admitted. “Sanele did really well in Super Rugby when he got the opportunity and Jaden unfortunately didn’t get much exposure this year, but we know what he’s about and what he can do. I’m also very excited about Grant Williams, he’s been in the mix for some time although he hasn’t had much opportunity to shine due to injuries. I thought he was really good and scored a good try which is just a glimpse of what he can do with the pace he has.”