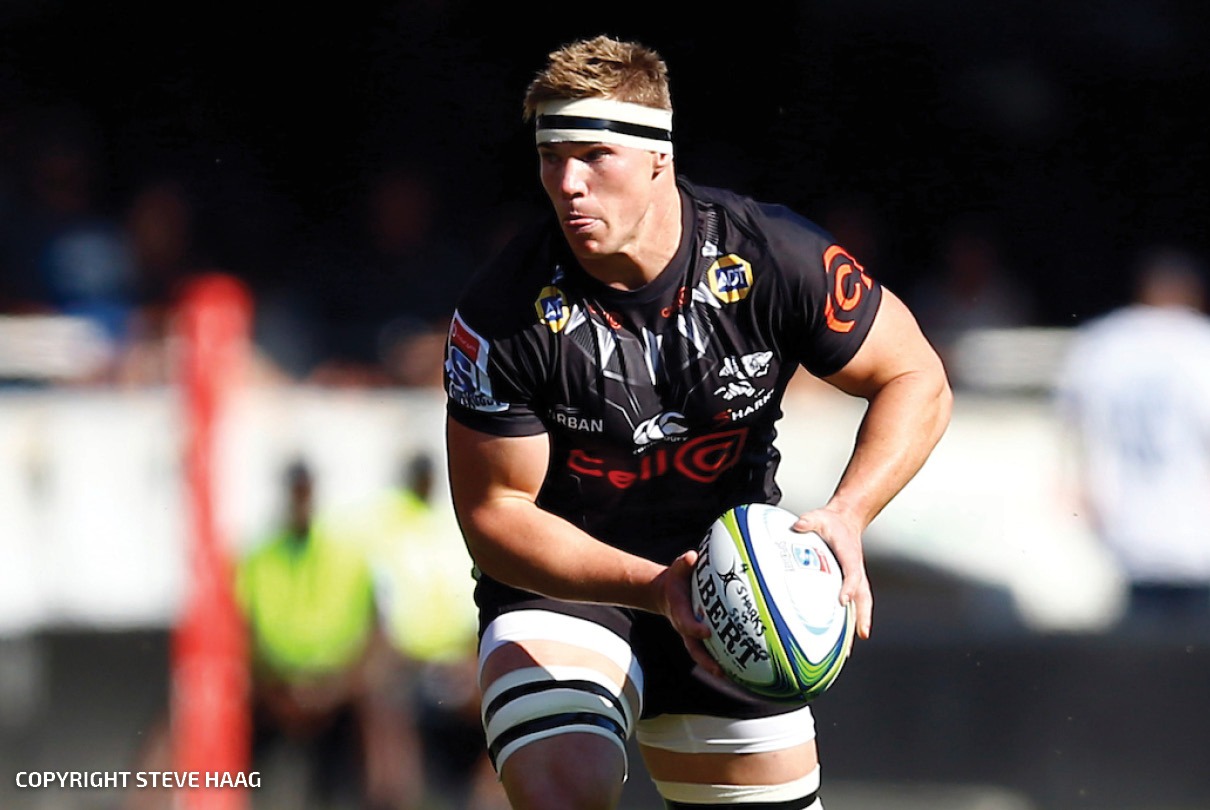 This weekend sees the start of the Vodacom Super Rugby Unlocked competition, pitting the might of the Cell C Sharks against the visiting Emirates Lions in the opening round of a brand new tournament.

Cell C Sharks flank James Venter missed the warm-up match against the Vodacom Bulls, but had a run in the Springbok Green and Gold clash over the weekend and admits that he and his team-mates are raring to go.

“The result of that Bulls match teaches you that rugby is an 80 minute game,” he explains. “If you start a bit slow, it’s really hard to catch up. Accuracy in execution leads to our intensity and we thrive on that and as the game went on, the boys got more into the mix and the more switched on they were, the better they played. So it’s important to start well.”

He points out that momentum is key. Getting into their groove early and not having to play catch-up will be an important subtext in the game.

“As a forward pack, we have a big role to play when it comes to momentum and asserting ourselves early on in the game. That’s something we’re going to be doing, it’s in our DNA. We showed it in Super Rugby earlier this year, we know it’s our role and we plan to deliver.”

They love playing a running, expansive style of rugby and when you come down to Durban with our weather conditions, if the ball doesn’t bounce your way, you can’t play your quick game. If we front up physically, and if we can dominate our set-piece and play well on defence. If we are physical and do what we do well, and if we stick to our processes, we should be okay.

While the forwards know they have a job to do, keeping an eye on Lions’ flyhalf Elton Jantjies will be a big part of the game and nullifying the influence of their playmaker-in-chief will go a long way towards securing victory.

“Elton is their leader and as their flyhalf, he controls the game, so for us, it’s identifying that and knowing that’s where a lot of their strength lies.”

As a breakdown specialist, a big part of his job is securing turnover ball. It worked a treat in the Super Rugby competition and he looks forward to continue where he left off. He believes that the way the breakdown is being refereed works to his advantage.

“It really favours a fetcher who sticks to the rules, so if you have the ability to stay on your feet and show a good lifting action, the fetcher can be pivotal and play a big role and I’m excited for that, it’s going to be a good challenge.”

On a personal level, he returned to Durban after catching the eye of the national selectors and featuring in the Springbok Green and Gold match. He admits with pride that the experience was deeply rewarding.

“IN the greater squad and rubbing shoulders with some Boks who won the Rugby World Cup, even through we’re with some of them at The Sharks every day, allowed me to learn what I need to invest in as a player, what I need to do to grow. Also the mindset as a player, and how it can affect others, so it’s the little things that make a big difference.

“It was a really good experience, I learned a lot and have tried to bring everything back to The Sharks.”