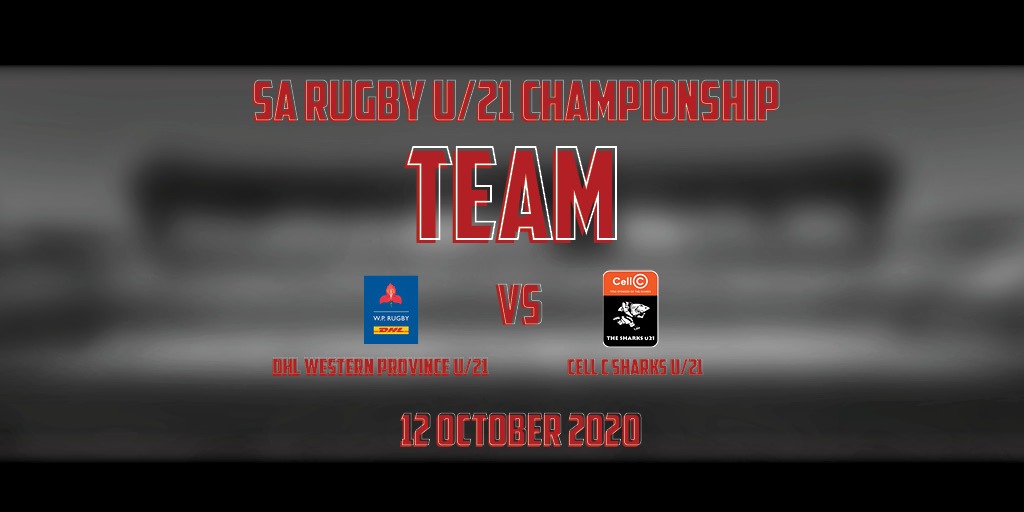 The Cell C Sharks Under 21s are back in action today after playing the Xerox Lions Under 21s in their opening match of the SA Rugby U21 Championship late last week, this time meeting Western Province Under 21s.

Today’s double-header fixture of matches sees the Cell C Sharks and Western Province Under 21s meeting at 12h00 noon, with the Lions playing the Bulls in the second match. Free State enjoy a bye having already played two matches.

Western Province Under 21s lost to their Blue Bulls counterparts in round one and like the Cell C Sharks Under 21s are also looking to get a tick in the win column.

Head coach Phiwe Nomlomo hasn’t tinkered too much with last week’s side, although he has the good fortune to welcome back Celimpilo Gumede at flank and Thaakir Abrahams at fullback after the duo turned out for the Cell C Sharks in their 19-16 win against the Emirates Lions on Friday night.

Gumede comes in for Lunga Ncube who will play off the bench while the backline is rejigged to accommodate Abrahams, with Jean Roos shifting to the wing and Asanda Kunene dropping out.