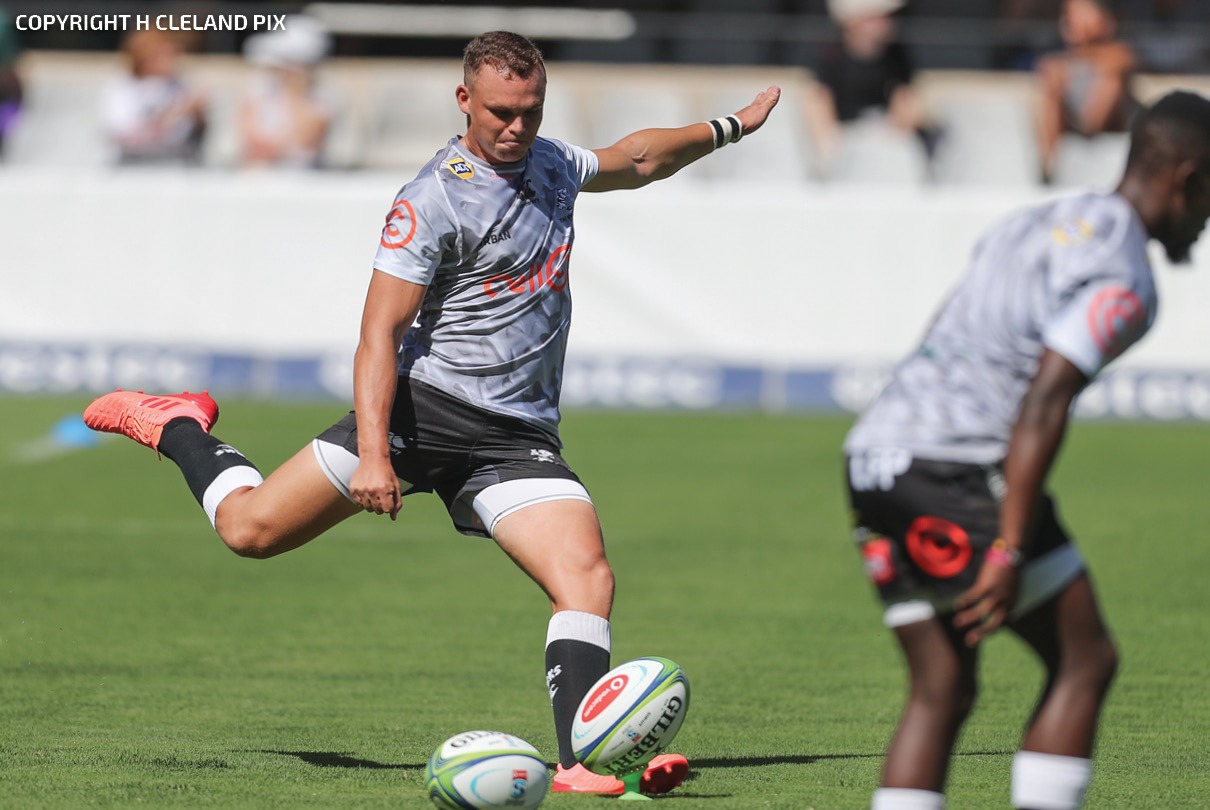 Although the Cell C Sharks policy of rest and rotation has been employed over the course of the Vodacom Super Rugby Unlocked campaign and now into the Carling Currie Cup, one player has benefited from regular game time.

Having played every minute of every game since rugby resumed, Curwin Bosch is revelling in the game time and opportunity to grow at flyhalf under head coach Sean Everitt. His resilience and BMT have repaid the coach’s faith in him match after match.

“I must say, I’m in a very good space,” he admits. Despite his man of the match awards for his individual efforts, he feels the focus on himself is unfair to his team-mates whose own performances allow him to express his skills so eloquently.

“I kind of feel that it’s unfair that there’s a man of the match award, I’m just basically doing my job and the forwards work really hard to earn penalties and my job is to kick them over. It’s a team effort.”

Although he pays due credit to the forwards, he also compliments his halfback partner, scrumhalf Sanele Nohamba who is doing a great job in the number nine jersey.

“Sanele and I have a very good understanding of each other,” Bosch explains. “We have become a lot closer during this time and he’s grown a lot as a player. There’s a huge amount of responsibility on his shoulders, but even though he’s a young guy who doesn’t have a lot of caps at this level, I think he’s stepped up really well and he’s doing a great job with that sort of responsibility.”

With points carried over from Super Rugby Unlocked, getting their Currie Cup campaign off to a winning start is vital for a Cell C Sharks side trailing the Bulls by four log points.

But, as Bosch explains, it’s not just about the result, but how it is achieved.

“We are a performance-driven side and the reason for that is to have something to measure ourselves by. Sometimes you can play badly and still get the result, but we know that if we play well, the result will come our way.

“For that reason, it’s really important that we stick to the structures put in place, that we aim to deliver the performances and standards we set for ourselves; if we do, the result will take care of itself. I’m pretty sure that if we perform pretty well every week, we will beat any team we play against.”

A good performance this weekend against the Phakisa Pumas is crucial, not only for the goal of winning the match, but so too achieving the aim of maintaining a high standard of rugby.

“The Pumas have shown they are a very capable side, they won the second half against the Bulls last week, so we know how important it is to start well against them and assert ourselves in the first 20 minutes of the game.

“If you don’t, you’re going to make it a very long day for yourself. But we have plans for that first half, we need to come out and really perform well in those first 40 minutes to make it comfortable for ourselves.”