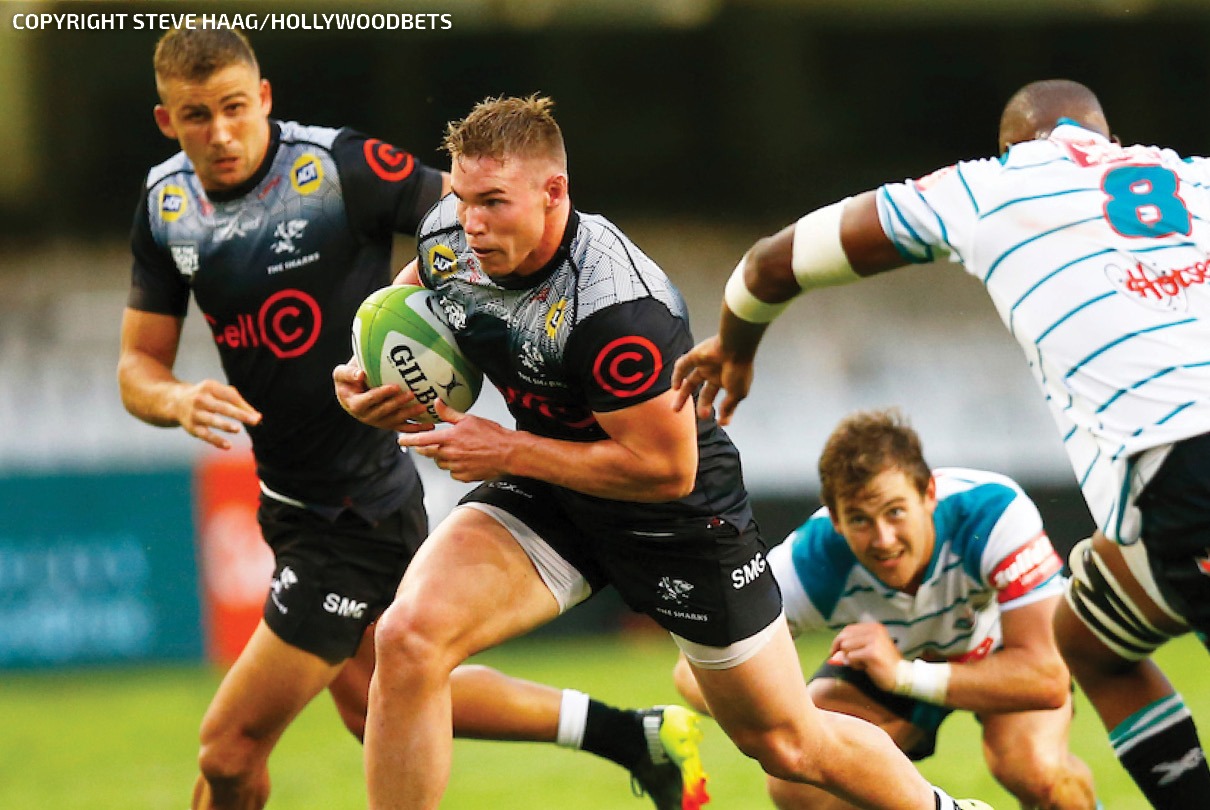 The Cell C Sharks opening fixture of the Preparation Series burst into life against a game Tafel Lager Griquas side at Jonsson Kings Park before securing an outstanding 35-10 victory on Sunday afternoon.

It was a committed and determined performance from a young home team who had to weather a brave effort from Griquas, but a 35 unanswered point domination of the game blew the visitors out of the water and handed the Durbanites a well-deserved victory.

There was some exciting, dynamic play in the early stages as the Cell C Sharks looked to build some momentum with the ball, spreading it around the field in search of defensive gaps. To their credit, Griquas proved up to the task even if they had to scramble to prevent any scores from a Cell C Sharks team clearly in charge of the possession and territorial stats.

By the end of the first quarter, neither side had managed to score, not for lack of trying though in what had actually been an entertaining game of running rugby, both teams opting play the game with positivity.

But as the game hit the second quarter, the game kicked into life as Griquas managed to maintain possession under defensive pressure and the ball somehow found its way in the tackle to a Griquas loose-forward who had no-one in front of him in his race to the tryline for the first seven-pointer of the match.

Unfortunately the Cell C Sharks did concede too many turnovers to allow them to close out the good work that was being done and the intent and bravery shown on attack.

After conceding the first scrum penalty early in the game, Griquas managed to win one in our half and the penalty conversion took the visitors into a 10 point lead on the half hour. It would be the last time they scored in a match that was completely dominated by the Cell C Sharks for the remainder of the game.

Patience and continuity are rewarded when a team can sense blood and after maintain pressure on Griquas tryline and forcing numerous penalties, the Cell C Sharks earned a try of their own, sucking in the defence and then sending the ball out wide to left wing Anthony Volmink who had no-one in front of him as he cantered in for the try. Manie Libbok converted from the touchline as the Cell C Sharks pulled the lead back to three points for a 10-7 half-time score in favour of the team from Kimberly.

The second half began on a dramatic note as Griquas had two opportunities to drive the ball up and over, but both times were repelled by some commitment in close quarters defence. Then there was a great break out but the movement sadly broke down near the Griquas’ 22.

Griquas had a strong effort denied before a wonderful breakout inside our 22, the ball was kept alive before a final pass was knocked down by Griquas to deny a certain try. The TMO had a good look and together with the referee, decided that a penalty try was the right outcome. Griquas were down to 14 men and behind on the scoreboard for the first time, 14-10 down.

Two minutes later, the Cell C Sharks broke the visitors’ spirit with a truly entertaining try that saw pretty much every player in the side handling the ball before it was sent wide, the Griquas’ defence in disarray and Aphelele Fassi left with nothing to do but jog over the tryline. Libbok converted for a 21-10 lead as the game hit the final quarter.

Try number four came less than 10 minutes later, another wonderfully-worked team try with plenty of energy injected into the game by the replacements, Thaakir Abrahams getting over in the corner with Jordan Chait converting out wide.

Number five came not two minutes later, a beautiful break from the ever-dangerous Aphelele Fassi who made 50 metres before feeding Chait for his first try in a Black and White jersey. He converted his own try for a 35-10 lead with 10 minutes of the game remaining.

Griquas hadn’t done themselves many favours when they conceded two yellow cards in the game, but they certainly never gave up after a good start. Ultimately they were up against a Cell C Sharks side that had been able to withstand the pressure for as long as it came and then show their superiority on attack and ability to maintain continuity and pressure.