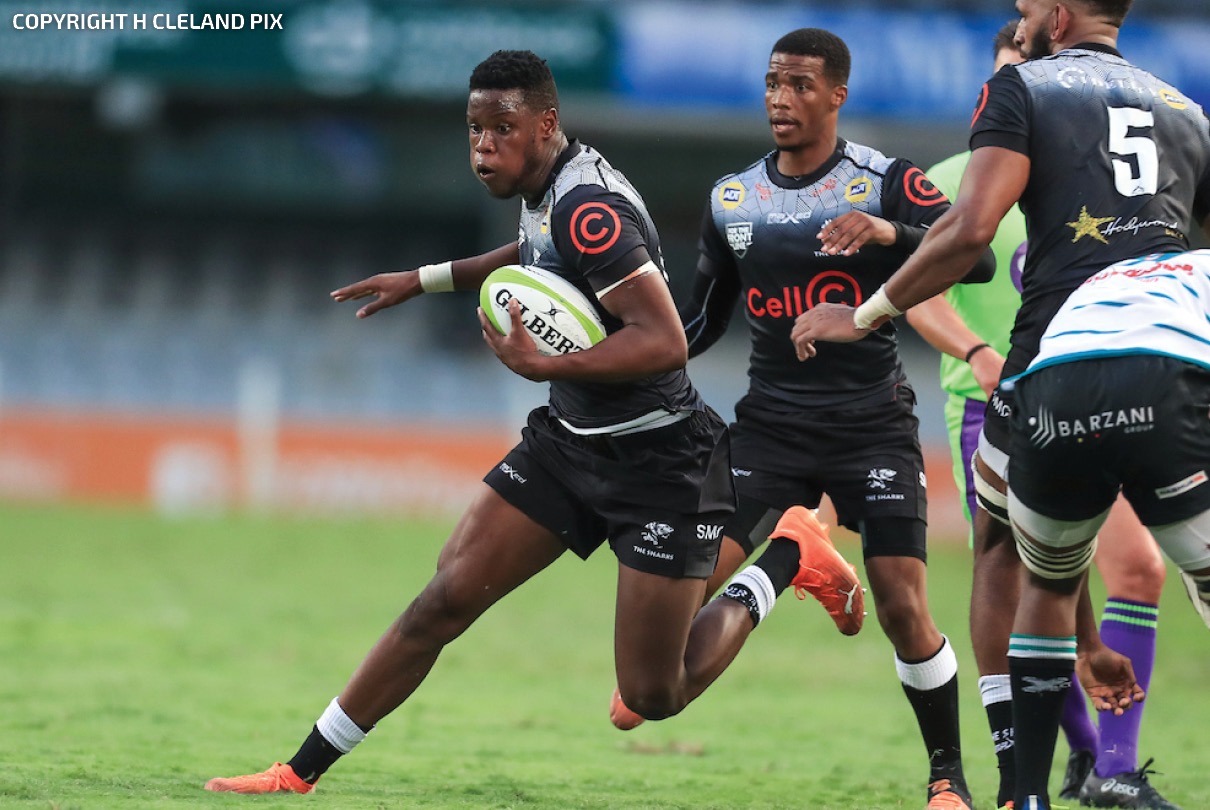 Cell C Sharks head coach Sean Everitt praised his young charges enthusiastically after their 35-10 defeat of Griquas at Jonsson Kings Park on Sunday afternoon, citing an energetic and positive attitude in the way they went about dismantling the opposition.

“I’m very happy for the youngsters, they only had two full days preparation and I thought the intent was there,” Everitt said after the match.

Missing a large chunk of the senior squad who are currently building up fitness after a break following the conclusion of the Carling Currie Cup tournament in January, Everitt was able to test his squad depth to good effect as the younger players all put up their hands individually and in a commanding team effort in emphatic style.

“I’m just very happy with the energy and positivity shown on the field after the players were on a three week break,” he said. “They wanted to play with ball in hand, the weather allowed that and that was the route we wanted to go.”

Five tries to one was a bold statement, although it took a while to kick into gear and there were some early season errors which did hamper their efforts before they found their rhythm and delivered a masterclass of dominant rugby.

“At the end of the day we did turn over a lot of ball and better teams would have punished us,” the coach admitted. But in the context of the game, the positives far outweigh any criticisms.

“I’m extremely happy with the youngsters, there were good performances across the park and on the whole we’re really happy. This team will just grow and grow.”

With the second match coming up next week Wednesday (against the Toyota Cheetahs in Bloemfontein), more time together will give the youngsters an opportunity to gel and grow.

“We know that if a team stays together for a long period of time, they’ll only get better. They would have all liked opportunities in the Currie Cup which they’re now getting and you can see why they’re energised on the field.

“At the same time, they’re now fighting for positions in the latter part of the Preparation Series, so competition will be fierce for when we start selecting our strongest team at the end.”

Supporting our frontline workers is a big part of our drive towards community spirit and acknowledging the hard work and sacrifices made by those who do so much good and together with the #FrontlineFighters logo on the playing jerseys, Everitt also added his own thoughts in tribute to them.

“As the pandemic seems to be quietening down a bit, people still seem to take things for granted, I can’t tell you on behalf of myself and The Sharks how proud we are of the people who put their lives at risk every day to save other peoples’ lives.

“They put in long hours in service to their communities and we’re very happy to be able to support them.”