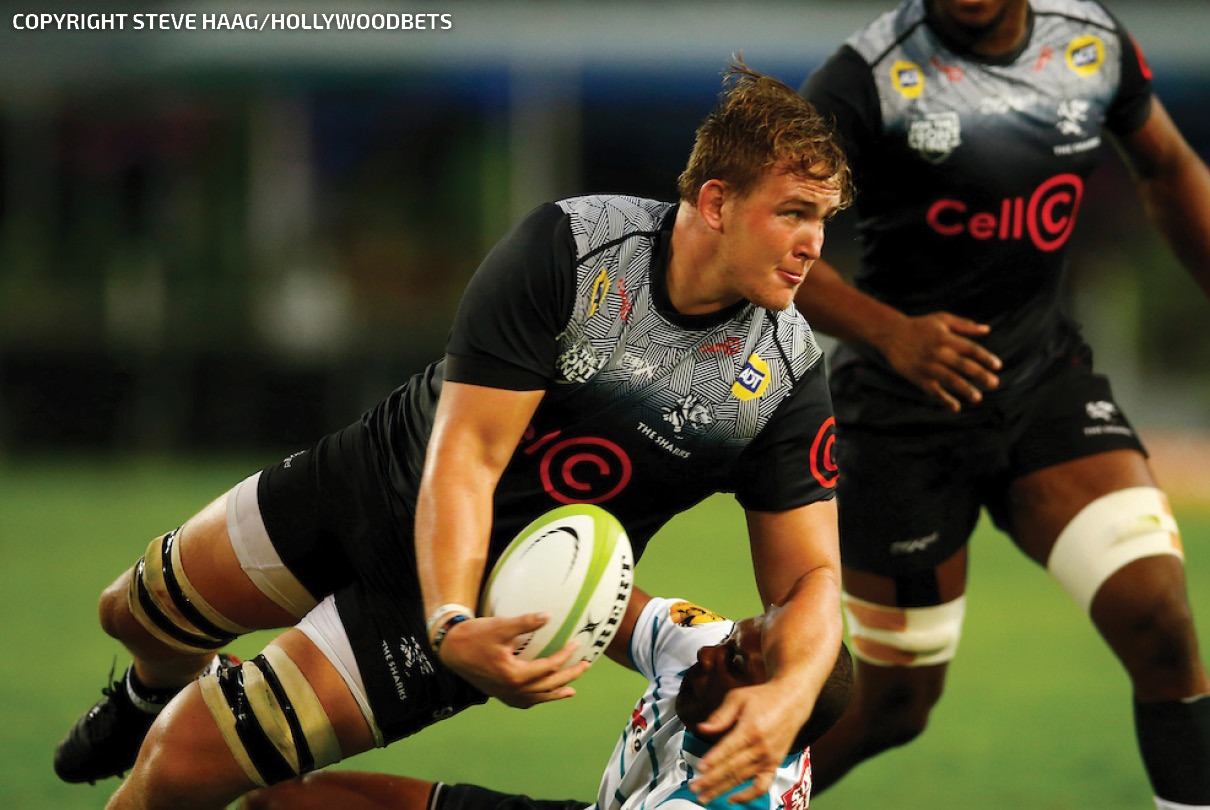 The Cell C Sharks will travel to Bloemfontein ahead of Wednesday evening’s clash with the Toyota Cheetahs with a strong motivation as they continue their preparations for the season ahead.

Speaking ahead of the game, Cell C Sharks head coach Sean Everitt explained that, “We’re looking for the players to play with similar energy as they showed in the first game, against Griquas.”

With a big squad currently available, but a group not available for the first two matches while they undergo a strength and conditioning programme, the coaching staff have issued a challenge to the wider group.

“The message to the players before the game against Griquas was to show us their understanding of our game model and they certainly did that. They did struggle in the first 40 to put it together but that’s understandable. They had three weeks off and limited time to prepare.

“But they’ve trained really well over the last 10 days so I’m really excited to see what they’re going to deliver on Wednesday.”

Everitt has given young Jordan Chait an opportunity at flyhalf after the former Maties Varsity Cup star played off the bench in the opening game.

“We’re just balancing the books as far as selection is concerned,” the coach explained. “Manie Libbok played 60 minutes and Jordan 20 the last game so we thought we’d just swap those around. Jordan had some really good touches in the little time that he got, but in saying that, at the end of this two match cycle, I’d like for everyone to have had the same game time before we rotate the bigger playing group.

“Jordan is a very good all-round flyhalf, he attacks the gain line really well, he’s also a good defender and brings a good kicking game. He didn’t get much opportunity last year with Covid, but it gave him time to develop and now it’s a great opportunity for him to display his talents and show that he can be number one at The Sharks.”

The Cheetahs have named a strong team for this match, one that includes Ruan Pienaar and Francois Steyn as they look to continue their winning ways in the series. For the Cell C Sharks, the team selection is based on a different goal.

“Their motivation in these games is going to be slightly different to ours,” Everitt admitted.

“We’re using this as preparation for the Rainbow Cup, to grow depth in our squad, just as the Stormers, Bulls and Lions are doing at the moment.”

The coach explained that with lots of rugby behind us and plenty more ahead, the prudent approach is to ensure that squad depth is sufficient to deal with the demands the team will face in the coming months following a heavy programme already completed.

“The guys who played a lot during the Currie Cup can’t just keep on playing, we also have to develop depth in our squad because that will be needed going forward. With our heavy schedule of rugby, it’s vital that we create and develop our players within the 45 man squad.”

Wednesday’s match kicks off at 7pm.