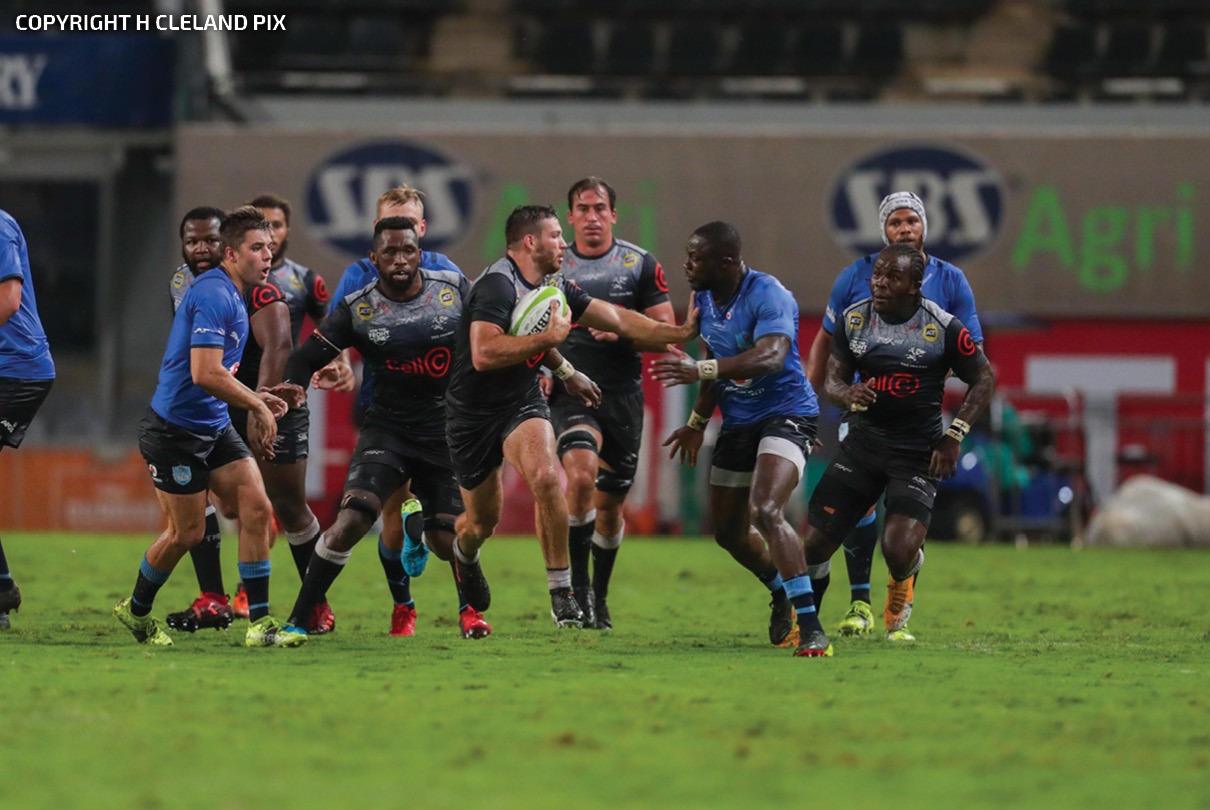 It was anything but simple in a dominant performance from the Cell C Sharks, but they were absolutely sublime in running away with a 45-12 victory against the Vodacom Bulls at Jonsson Kings Park on Friday evening.

Despite the wet weather and difficult conditions, the Cell C Sharks delivered a master-class in demonstrating how pressure can win games as they smashed the visitors into submission, forced the errors and made them pay for their indiscretions.

A strong start from the Cell C Sharks was rewarded with a try in only the second minute, Ruben van Heerden pressuring the Bulls from the kick-off, winning a scrum, with the forwards forcing a penalty and from the resultant line-out, Fez Mbatha was the man in possession at the back of a dominant maul. Boeta Chamberlain converted for an early lead.

Immense pressure brought about the second try five minutes later, initially as the Bulls tried to clear their line. They gave away another penalty at the scrum and then drove over once more. However, there was cynical play in defending the drive and the visitors were reduced to 14 men as they conceded a penalty try to go down 14-nil.

It took the Bulls until the 12th minute before they finally registered their first score, some enterprising play on attack to score their first try with Morne Steyn missing the conversion.

It didn’t take the Cell C Sharks long to strike back, Sbu Nkosi playing a vital role but a number of forwards crucial in the build-up to Siya Kolisa’s maiden try in the Black and White jersey for a 19-5 lead.

Despite the wet conditions underfoot, four tries in the opening quarter – three of them from the Cell C Sharks – showed just how enthusiastic the home team were and how willing they were to play exciting, attacking rugby.

A minute into the second quarter the fifth try came and the fourth for the Cell C Sharks as a penalty kicked to the corner wasn’t mauled as expected but perfectly executed with the robust Marius Louw busting through the defence to score a well-designed try.

The Bulls continued to buckle under the pressure as the forwards maintained their dominance in the tight exchanges and Ox Nche finished off the fifth try with Chamberlain adding the two for a 31-5 lead well before the half hour.

The teams weren’t able to add to their score in the remaining minutes of the half, but the Cell C Sharks had, with their roughly 60% possession, certainly made it count with some wonderful play, dominant pressure and intensity to earn a five try to one half time lead.

The Bulls came out of the second half breathing fire and were rewarded with a second try just short of the 50 minute mark, Steyn converted to reduce the substantial lead to 19 points with half an hour remaining.

The teams hammered away at each other for the next 20 minutes, neither side able to add to their score before the Bulls, consistently conceding penalties, lost another player to the sin-bin. Within two minutes the Bulls had another man sent from the field for cynical play at the breakdown and with only 13 men on the field, were always going to be under pressure.

With a defensive scrum taking strain, the Bulls conceded possession and Rynhard Jonker did well to evade the defence to score, with Chamberlain adding the extras for a 38-12 lead with just over five minutes remaining.

The Bulls were so far behind that they became too loose and a long pass was well-read by replacement scrumhalf Sanele Nohamba as he snatched up the intercept and raced down field for the seventh try, converting it himself.

It was the final score but what a game it was and the Cell C Sharks will look back at this result with a measure of satisfaction given the execution, but mostly the enterprise, energy and accuracy on attack.