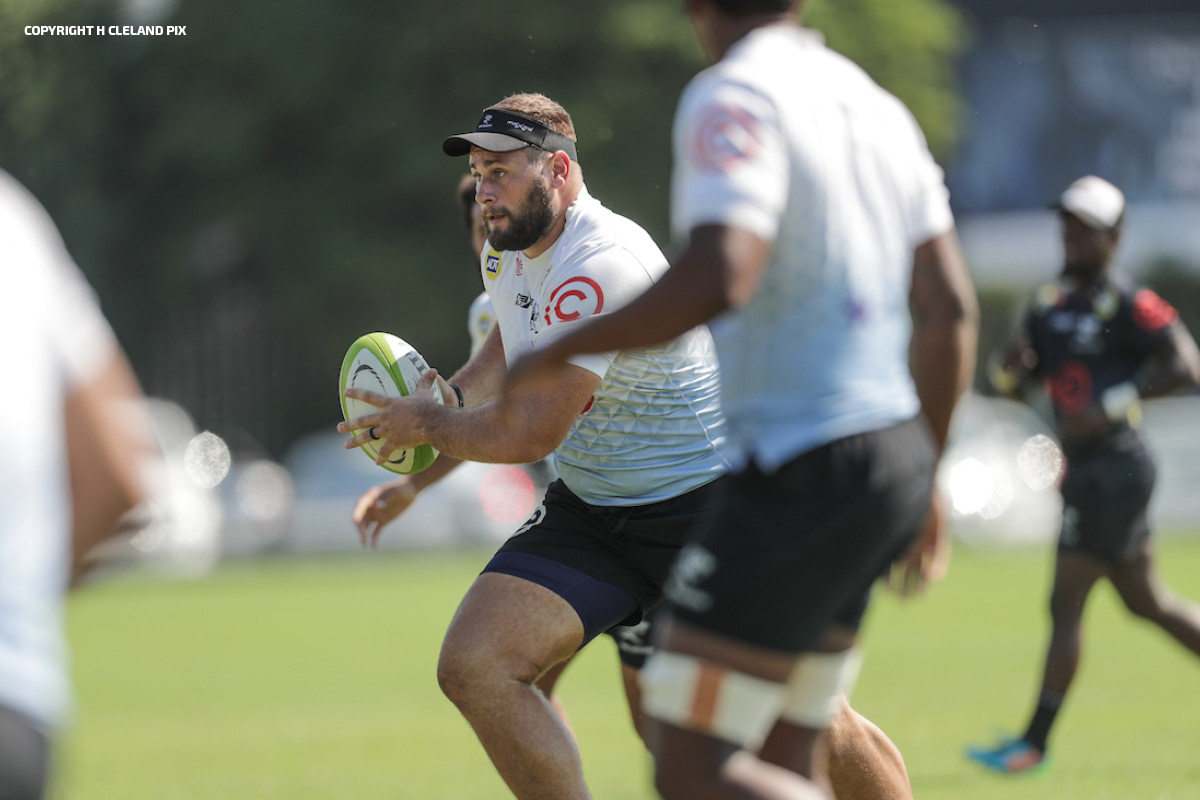 The Cell C Sharks face the DHL Stormers in Cape Town on Saturday in the opening fixture of the Rainbow Cup SA, a competition which has unfortunately had a change of format to abide by the travel restrictions Covid-19 has placed on the teams traveling internationally.

The Cell C Sharks and Stormers have had an interesting, but equally disruptive recent history with games called off between the old foes. This weekend, the rivalry continues.

“From what we see, the Stormers will always be a quality side and I think they’re in a better space with the players they have and the people in place than they might have been previously,” explains Cell C Sharks prop Thomas du Toit.

“They’re a fantastic side with a good pack and a very good game plan, we’re expecting a proper challenge.”

During the Currie Cup competition, their Cape Town opponents played a predominantly set-piece focused game, but in the Preparation Series tended to throw the ball around. What does du Toit expect from them now?

“We’re kind of anticipating a bit of both really,” he admits.

“They will never shy away from the physical battle with mauls and scrums and the set-piece itself, we’re expecting that but we’re also prepared for it.

“But you can see they’re playing more [ball in hand] which is obviously something we’ve prepped for; we’re ready for both challenges.”

With a Rugby World Cup starting front row, the Stormers pose a formidable challenge up front with a handy pack behind them. Du Toit can’t wait.

“It’s such a nice challenge because that’s how you measure yourself against the best, that’s every rugby player’s motivation,” he explains.

“It’s not necessarily to prove yourself, but rather to measure yourself up against the best in in the world. I think that’s an awesome opportunity for us.”

With the competition scheduled to begin last week but then postponed until this weekend due to the overseas travel restrictions and the failure to find an alternative to the very strict Covid protocols, it could be seen either as disruption or assistance for the teams in preparation for the tournament.

“I think we all need to be rolling with the punches these days, but for us it wasn’t the biggest disruption, we took some time away and that was good for us. We’ve managed to get more training in, more detail, more time to polish, so it wasn’t the worst thing in the world.”

Now that the competition will take the format of a double-round, home-and-away fixture list against the other three South African sides – the Stormers Bulls and Lions – the complexion of the tournament does change.

“Our mindset with the whole Covid pandemic has remained the same throughout,” he admits. “We’ve just been taking it week by week, not looking too far into the future, and just embracing new challenges each week which means we can steer away from thinking too far ahead.”