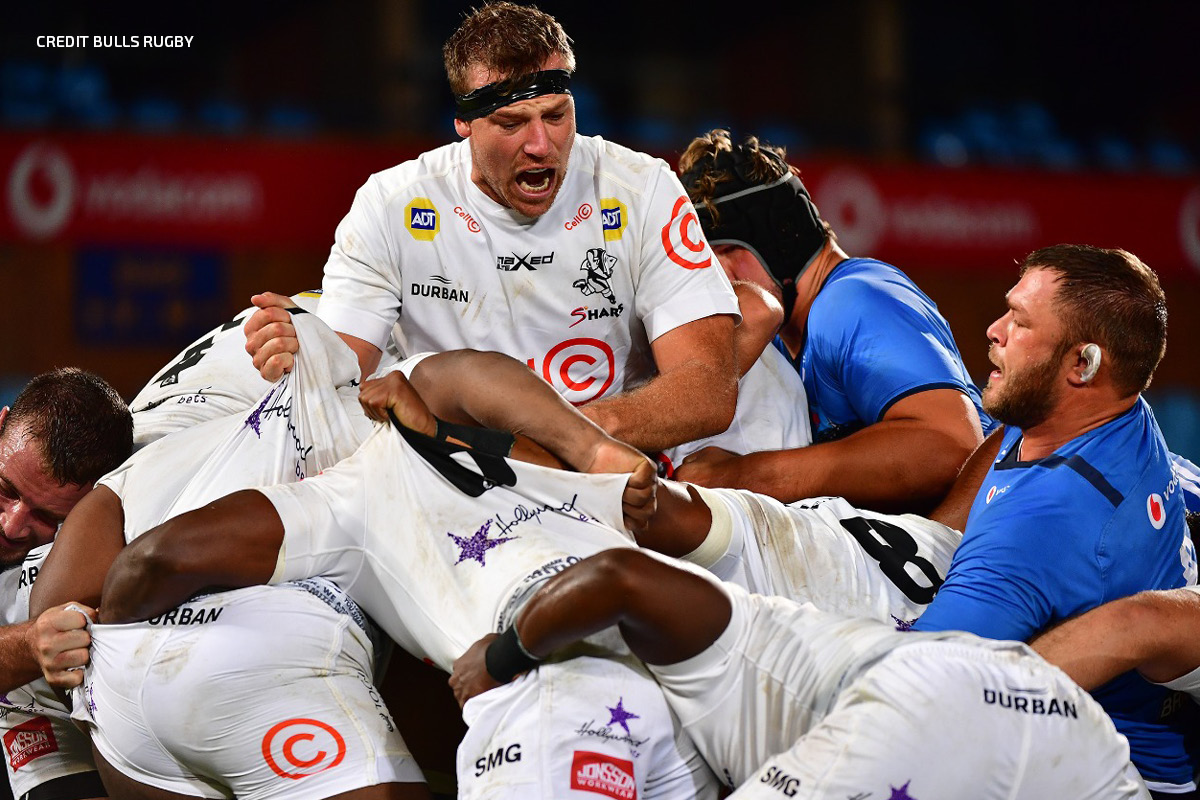 Following the Cell C Sharks first loss of their Rainbow Cup SA campaign, head coach Sean Everitt pointed to two key areas where the game was won and lost against the Vodacom Bulls in Pretoria on Saturday evening.

In summing up his post match thoughts, the Cell C Sharks coach explained that, “The Bulls earned penalty after penalty and we got manhandled in the second half.”

It was certainly not how the script had been written by half-time when the home side was leading, marginally so, but certainly not dominating. The Cell C Sharks forwards had stood up and delivered and there was no indication of what was to come.

“The chat at half-time was about continuing to stick to the plan and not deviate from it. Unfortunately we gave away penalties, the Bulls forwards were outstanding in the second half and they physically dominated us. That’s where it all started, we conceded penalties or lost possession in good areas of the field and the Bulls turned that around and kicked to the halfway line.”

In the lead-up to the game, both teams had highlighted their disciplinary record, despite neither tasting defeat, although it was still an area of concern.

“I don’t think the penalty count was as bad as the previous two games, but we suffered the consequences for it this time. We conceded scrum and maul penalties and that just compounds the problem because then they kick to the corner and maul again.

“But yes, the Bulls’ forwards were outstanding, they dominated us physically and we didn’t have an answer to that.”

Although the Cell C Sharks boast a potent backline, Everitt admitted that it wasn’t through any issue with the game plan that they saw so little ball.

“We didn’t really get an opportunity, we didn’t have much possession in the second half and when we did get ourselves into a good position on the field, we got penalised either at scrum time or we conceded a lineout turnover.

“I don’t think it was the plan that went wrong in the second half but the fundamentals that we didn’t get right.”

Up until half-time and for 15 minutes of the second half, just three points separated the two teams. But when the hosts scored their first try, their confidence really grew and they found the momentum to both continue scoring and to deny the Cell C Sharks any score of their own.

“It was a big game moment when Lizo Gqoboka scored, we were on attack and could have fought back into the game at that stage when the score was 19-9. If we had pulled it back there the guys would have gained a lot of confidence. Unfortunately it didn’t happen.

“The source of three tries came from our attack in their 22, we lost two lineouts five metres out and we were penalised at scrum time.

“I’m just disappointed about how we ended up getting dominated the way we did. Our guys held their own in the first half, but defending mauls is tiring, they were fatigued and that would have played a huge role within the game in the second half. We all know that when you’re conceding penalties and going backwards, it’s a tough day at the office.

“But we’re a proud team, this team can fight, they have a lot of fight in them and we’ll get the things right that we need to.”