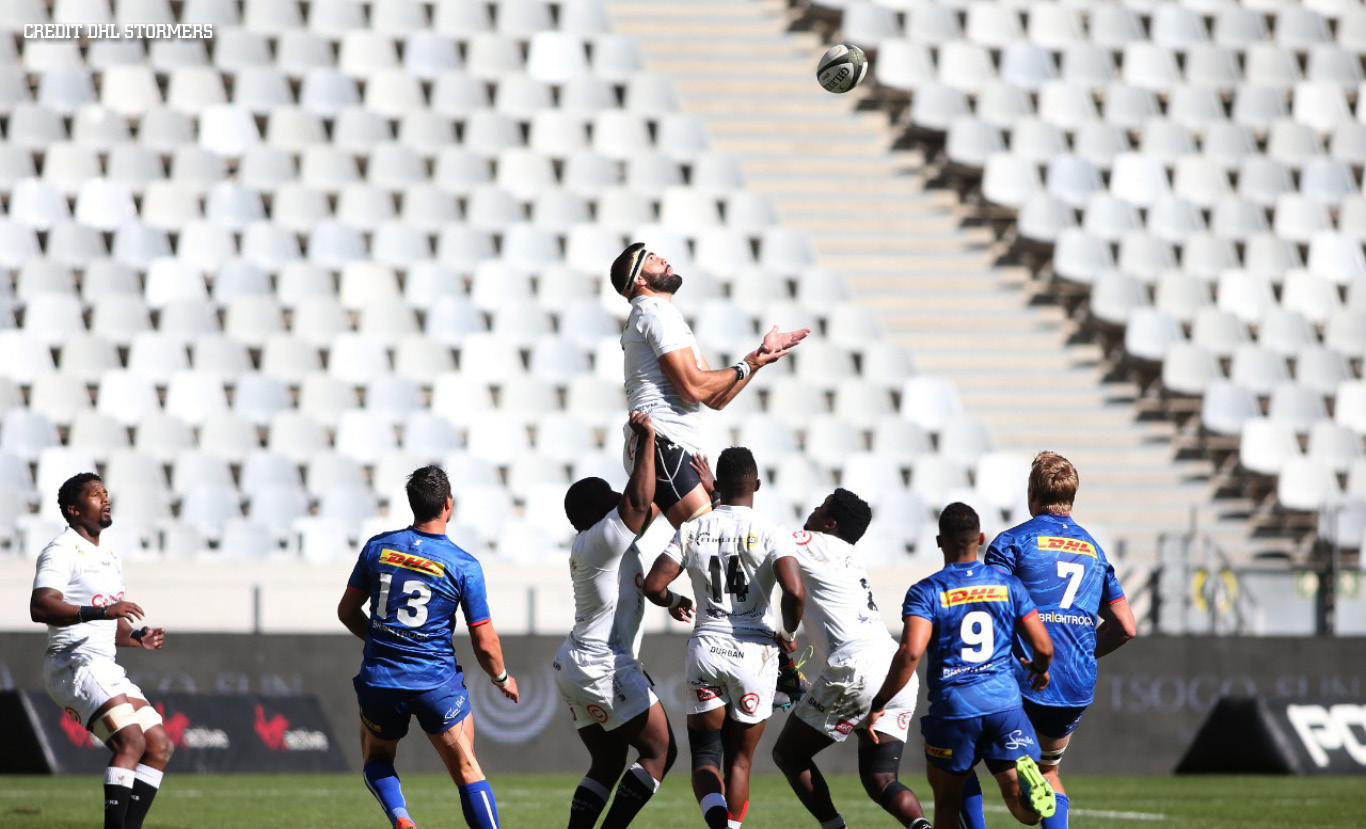 The Cell C Sharks welcome the DHL Stormers to Jonsson Kings Park on Saturday for a Rainbow Cup SA match with a point to prove in the competition. In fact many points.

One is throwing down the gauntlet as to their aims and purpose. Another is to shrug off any criticism around last week’s loss. And then there is a home record extending to a year-and-a-half that they want to preserve.

In all, motivation is strong for a classy and effective performance.

There have been minimal changes to last week’s side, with a rotational change that sees JJ van der Mescht returning to the side and he is expected to make a big contribution, particularly in defending the rolling mauls where he has had success in stymying the opposition.

“JJ’s inclusion in the starting line-up is part of our rotation plan, he’s done extra work around conditioning which he’s certainly benefitted from and he’s in great nick at the moment,” explained
Cell C sharks head Sean Everitt.

With mauling being such a big part of the game when one pack of forwards looks to dominate the other and gain returns on the scoreboard in the process, this match is expected to be a fierce battle upfront.

“The Stormers have a good pack of forwards and as we saw in the Currie Cup, they were very forward-orientated in the way they played and I think they’re going to go back to that. What’s probably prompted that is our display in the last 20 minutes against the Bulls and they might see that as an opportunity there.”

With the Stormers looking at last week’s result between the Cell C Sharks and Vodacom Bulls, Everitt admitted that the team took a long, hard look at themselves and truths were spoken.

“It’s all rectifiable,” he said. “I think we fired all the shots in the first half but the disappointing thing is that we didn’t knock the nail into the coffin by half-time, we should have had a couple of tries, especially at line-out time. I believe that had we converted maybe two of the opportunities in the first half, we would have been sitting in the pound seats.

“You have to look at how we fell apart after starting well in the second half. I think our guys will learn from that experience and we had youngsters coming off the bench compared to their two Springbok replacements.”

Everitt added that he didn’t believe it was a lack of effort, “Our error rate was high, it was a bit untidy and our mistakes were costly. And disappointing after having played really well in the first 50 minutes.”

Converting that 50 minutes into an 80 minute performance against the Stormers is paramount and laying down a marker vital to the team’s DNA. This is an opportunity to show that last week’s result was not normal, nor acceptable to them.

“Definitely,” the coach said emphatically. “This game can be personal and the guys have taken a lot of criticism over last week’s performance and it’s almost as if everyone is judging the Cell C Sharks on one game.

“People forget that we beat this Stormers team down in Cape Town at their new home venue. Nothing has changed, our team hasn’t changed; we had an off day last week and we’re looking at retaining our unbeaten record at Jonsson Kings Park.

“We’re going to protect our fortress and the guys will put it together on the weekend.”