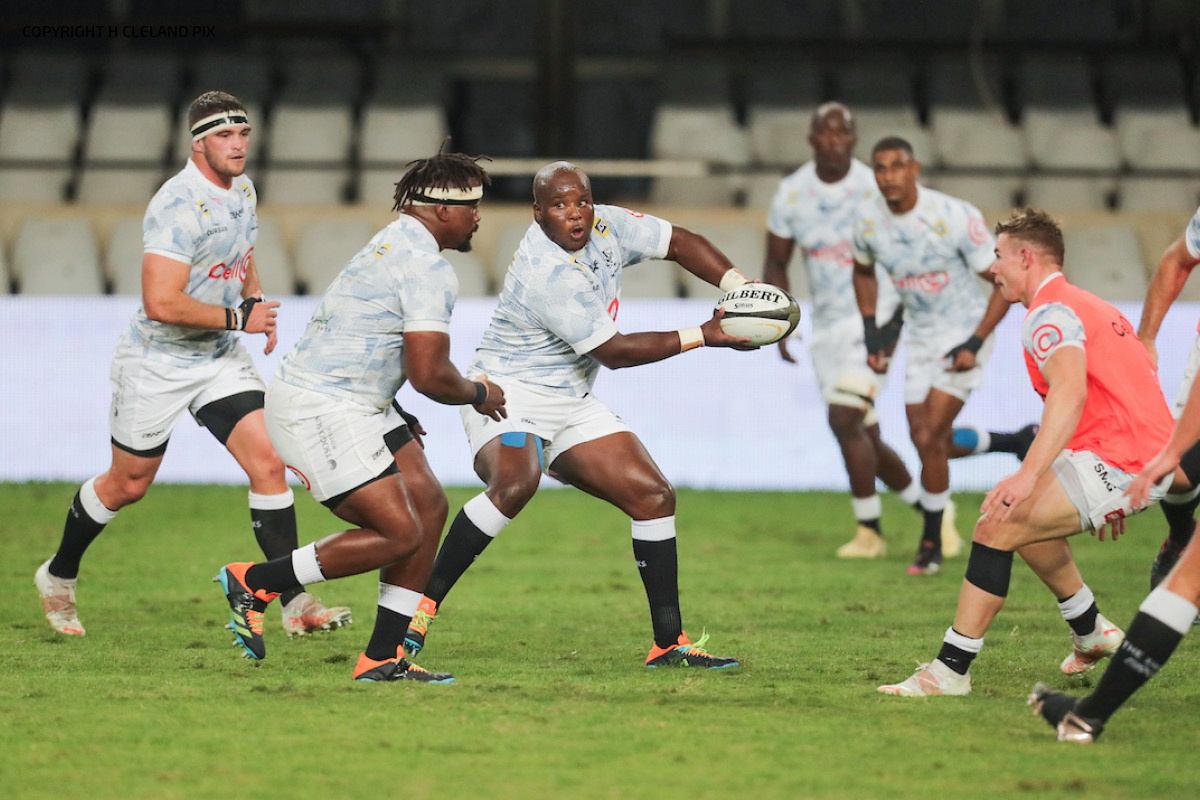 Cell C Sharks head coach Sean Everitt’s analysis of his team’s final round Rainbow Cup SA clash with the Vodacom Bulls was about opportunities created and opportunities not converted, but he was philosophical about what was always going to be a difficult match exacerbated by the late withdrawal of two Springboks shortly before kick-off.

Having to rejig the side to accommodate Springbok resting protocols did have an impact on how the Cell C Sharks fared on the day.

“It’s difficult and late changes like that will always be disruptive, although that’s no excuse, we train together,” the coach admitted. “But when you lose two Springboks in the front row you are going to battle. We gave away a few scrum penalties which put us under the pump. But I thought the guys that stood in their place at the last minute did really well.

“We’ll always look after the Springboks’ needs, we respect the national cause, but we genuinely had a problem. We can’t use that as an excuse, I thought the guys played well. We had six opportunities in the Bulls 22 in the first half but unfortunately only converted one.

“We can criticise, but a guy like Khutha Mchunu showed massive guts, coming off a six week injury lay-off then driving to Durban from Bloemfontein to come and play in the match. He was a true example of the courage we want to show on the field as a team.”

Given that the Cell C Sharks were only three points down at half time and had dominated the attacking stats, the message in the changerooms was all about keeping up the momentum but closing out.

“The chat was to stick to the processes,” Everitt explained. “We put ourselves into good field position in the first half but maybe went a bit off plan in the gold zone and didn’t convert the opportunities that we had. The guys put in a lot of effort in the first half, the plan was all good and unfortunately in the second half things did unravel and some soft penalties conceded that put us under pressure.

“The young spine we have in this team will learn from it and get better.”

Despite the disappointment, there isn’t much time to linger on the result with planning and training for the Currie Cup commencing this weekend, particularly as the team will have a different complexion now.

“We’re going to be losing nine players to the national cause which is great for those individuals and great for the Cell C Sharks. When we started coaching this team, we had four Springboks and with the team’s successes and growth over the last 18 months, we now have nine which is very exciting.

“Going into the Currie Cup, we’ll have a new, fresh squad although there are also guys who played in the Rainbow Cup SA, but there will be some new faces which is always refreshing and always brings a different type of energy into the squad.

“It’s exciting times for us, going into a new challenge with a different group of guys, some getting an opportunity for the first time.”

Although the Covid pandemic has been hugely influential in how and who plays, there has been a positive to come out if it which bodes well for a team with high aspirations but which must now focus on being a successful Currie Cup side.

“It’s taught us how to deal with things at the last minute.”