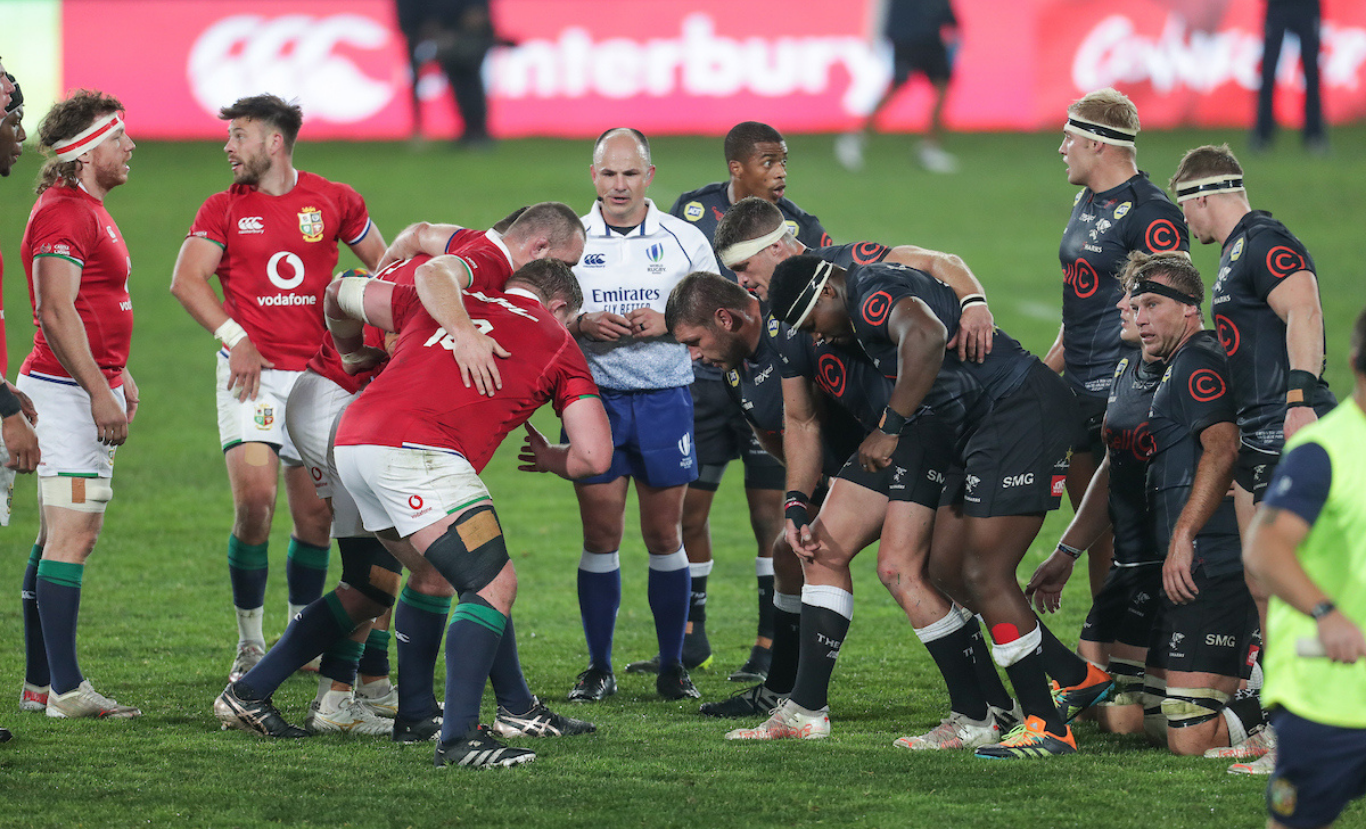 Our young Cell C Sharks team gave it their all, but in the final analysis, a team of the best British and Irish internationals had too much class as the Lions ran out 54-7 victors at Emirates Airline Park on Wednesday evening.

Within the opening three minutes, the Lions managed to keep the ball alive with quick ball to score the first try of the match, reaping the reward of playing a high tempo game, the successful conversion pushing them into an early seven point lead.

Not three minutes later, the Lions showed why quick ball and speedy service results in tries as they scored their second, the extras added.

It was worrying start for the Cell C Sharks, but it stung them into action and the next quarter hour was all theirs as they worked hard and managed to get into a number of scoring opportunities, but would be thwarted by some resolute defence.

Under the pump, the Cell C Sharks forwards had their work cut out for them, but after losing the ball trying to maul it over the tryline, the Lions then conceded a scrum penalty as the Durbanites accepted the challenge laid down.

It was a good 20 minute period for the Cell C Sharks, everywhere but on the scoreboard as they took it to the Lions, but the international side was just too polished and too strong and got their third with a clever grubber kick sent towards the corner and a good chase resulted in the third try, the unsuccessful conversion attempt from the touchline had the Lions 19-0 ahead just shy of the half hour.

With a minute left on the clock before half-time, the Lions managed their fourth try, not getting the gains from a driving maul but recycling the ball quickly and taking it through a couple of phases before the score, the conversion taking them into 26-0 lead at the break.

The Lions continued to dominate possession in the second half but try as they may, their pressure they were exerting failed to produce any points and 10 minutes in, it was James Venter who closed out an excellent effort on attack as the Cell C Sharks linked together in a well-orchestrated move out wide for their first try, with Bosch converting.

The Lions struck back almost immediately, somewhat fortuitously as the ball was stolen on the ground but the Lions managed to disrupt a counter-attack and then the ball eluded the last defender for an easy try, the conversion taking them into a 33-7 lead with the final quarter left to play.

They had their sixth try off a grubber kick on attack and then sent the ball out wide with little chance of catching their counter attack, the extra two taking them 40-7 ahead.

With just over five minutes remaining, turnover ball stolen on the ground from a counter-ruck caught the Cell C Sharks defence completely out of structure for the Lions to canter down the touchline for their seventh try. It wasn’t so much that the Lions were blowing the Cell C Sharks away, but they were more accurate at the ruck and the pressure they exerted paid dividends.

The Lions showed their international class when they hit the half century, scoring an excellent try keeping the ball alive in a fast-paced attack that earned them their eighth try with a minute of the game remaining.

It’s a bitter pill to swallow, but while this was a brave effort from the Cell C Sharks, the British & Irish Lions were in imperious form.

Captain Phepsi Buthelezi admitted afterwards that, “It was very tough, we really didn’t get the start we wanted, made a couple of errors here and there and they capitalised on our mistakes, from thereon it was just downhill. It wasn’t the performance that we wanted.

“We were still in the game at half-time,in the second half we came out firing, created some opportunities but didn’t convert them all. We just need to get better at finishing off those opportunities we created in the gold zone.”