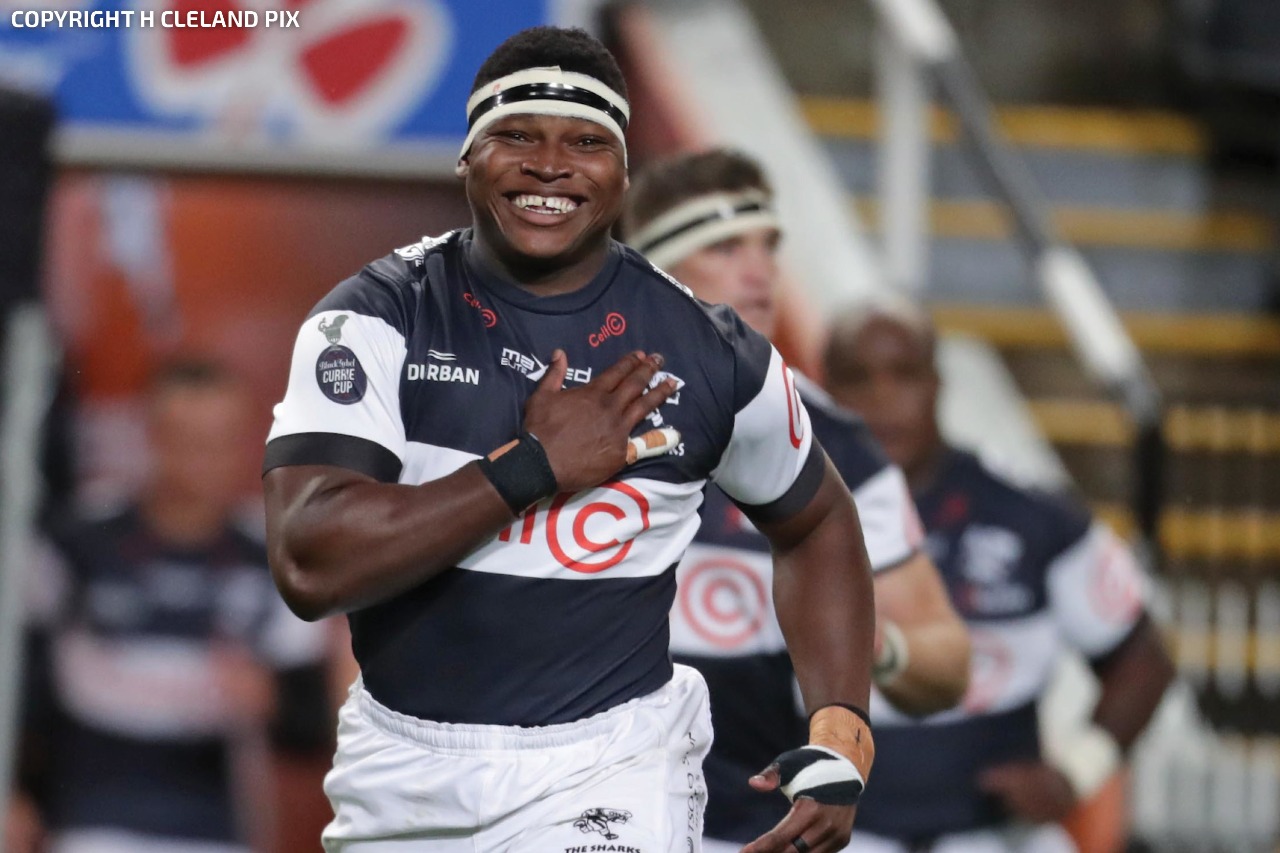 The Cell C Sharks host the Tafel Lager Griquas at Jonsson Kings Park on Saturday in an intriguing Carling Currie Cup semi-final between two sides with differing fortunes over the years.

Griquas have proved to be giant-killers this year and they hold a lot of belief in themselves where in years gone by, they perhaps lacked squad depth to sustain an early march on the competition. This year they’ve been in imperious form and have a Cell C Sharks scalp already this season.

What makes this game winnable after losing to Griquas in their last meeting?

“There were a lot of lessons to be learned from that game,” said Cell C Sharks head coach Sean Everitt in the lead-up to the match. “First of all how to deal with yellow cards, and also how to break down defences close to the tryline. We’ve worked hard on our attack and defence in the opposition and our 22.

“We’ve also built up momentum since then, we’ve beaten the Bulls, the Lions and the Cheetahs although we unfortunately slipped up against Province last weekend. But I think we’re a better team now.”

After losing last week against a desperate DHL Western Province side, Everitt warmed that his team are up for this match.

“Everyone wants to be in a Currie Cup final and have an opportunity to win it, so motivation won’t be a problem for us this week, although I wouldn’t say motivation was an issue last week. The guys tried really hard, we were just unfortunate in certain moments in the game and the energy won’t be in question this weekend.”

The Cell C Sharks set-piece has come along nicely over the course of the campaign and lineout time has also improved. With an experienced second row consisting of Le Roux Roets and Gerbrandt Grobler, the team has formidable fire-power in that department.

“Le Roux has played really well in Sharks colours during the Currie Cup, he’s someone who is on form at the moment, his contributions have been immense while Gerbrandt has come in and done a sterling job. They’re both very big boys and both add a lot of experience to the team. With Gerbrandt calling the lineouts, that’s a bit of an ace up our sleeve.

“I think our scrums were vastly improved on the weekend as were our lineouts. Those were the improvements we have made since the last Griquas game and it will be interesting to see how we go this weekend.”

The breakdown is an area that Griquas truly enjoy competing in and this has been a focus for the Cell C Sharks.

“They’ve been cleaning up most teams on the floor and the breakdown is going to be massive. With more breakdowns in a game than any other aspect, it’s an area of the game we’ve worked really hard at so that when we have the ball, we’re able to get some phases going.”

This match against Griquas is going to be about meeting fire with fire. Everitt warns that the opposition team’s continuity plays into their favour, and this adds to the threat posed by the men from Kimberley.

“They’re a team that’s been together for a long period of time and they’ve been able to build up cohesion and select pretty much the same team each week. So they do have continuity as far as selection is concerned.

“One thing they have is a team that believes that they can topple anyone over and they have done that during the Currie Cup which makes them a very dangerous team. They’ll be coming here as underdogs and they’ll know they have a chance. I’m sure they will come here and try to disrupt our style of play.

“Hopefully we can match them with the same physicality which they showed when they played us here last time.”