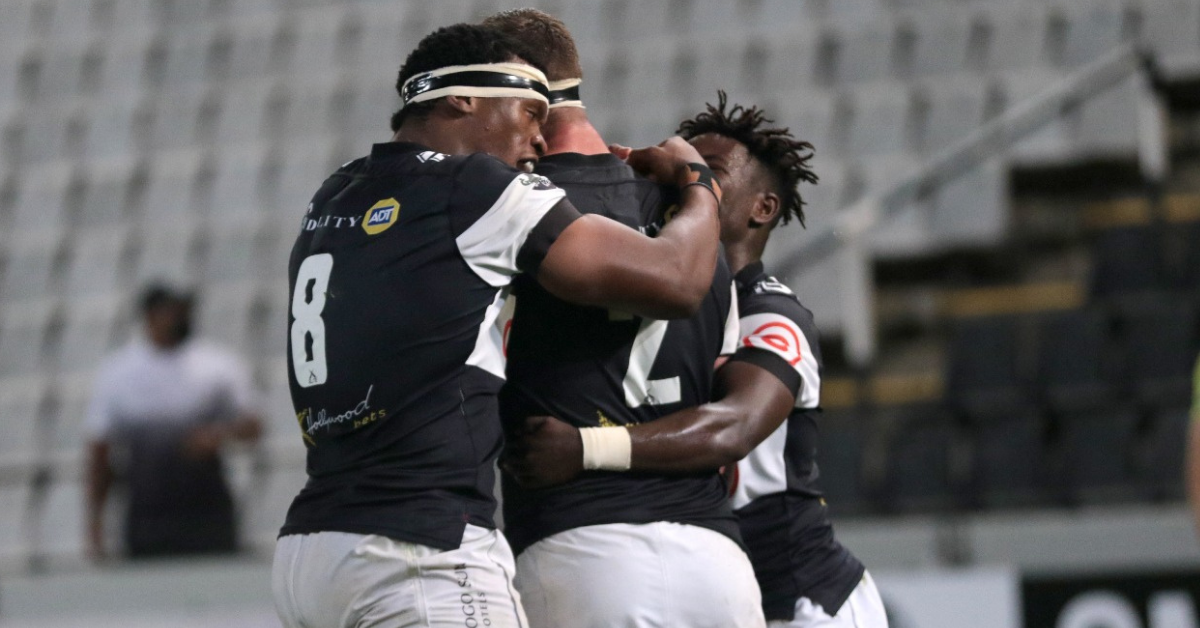 The Cell C Sharks will contest the Carling Currie Cup Final next weekend after seeing off the Tafel Lager Griquas in a tense clash at Jonsson Kings Park, eventually running out 28-24 victors.

With the spoils shared evenly during the pool stages, the Cell C Sharks winning 30-16 in the first round but losing 37-27 in the second round in Durban, the semi-final proved a bridge too far for the men from Kimberley who were brave but not strong enough against a committed effort from the home side.

While Griquas are relative strangers to semi-final matches, they were never overawed by the occasion but perhaps lacked the level of fire-power offered by a Cell C Sharks team chasing a successive Currie Cup Final against the Vodacom Blue Bulls in 2021.

As far as knock-out games go, the tempo is usually intense although safe, but the Cell C Sharks came out playing with huge energy, putting together an excellent run of attacking rugby and then taking the three points on offer when the defence was tested.

To their credit, Griquas hadn’t come to Durban to make up the numbers and gave as good as they were getting on attack. Penalties conceded in quick succession allowed the visitors to work their way into a position to score, the three points levelling matters after the first quarter hour of play.

Given this rare opportunity to reach a Currie Cup Final, Griquas certainly brought hunger to the game and a scrum penalty saw them take the lead, 6-3 after 20 minutes, and with a mounting penalty count, Griquas were able to add a third to take a 9-3 lead five minutes later.

But the fluid nature of rugby allows for the changing of fortunes and when the Cell C Sharks started to gain some momentum, the penalties accrued before a strong driving maul off an attacking 10m lineout heralded the first try of the match, hooker Kerron van Vuuren in possession and Bosch adding the extras to retake the lead on the half hour.

With less than five minutes of the half remaining, Griquas gave away a penalty on the halfway line that was sent to touch. Although the maul didn’t gather momentum, the ball was moved away from the contact point and Marius Louw was fed the perfect pass and he slipped his way through the defence to score under the posts and with Bosch converting, the home side led 17-9. There was no change to the score and that was how the team heading into the change-rooms for the half-time break.

Griquas struck first in the second half with a penalty early on to cut the lead to five points, but Bosch restored the eight point difference almost immediately afterwards when Griquas were pinged at the breakdown in their own half.

The visitors scored the first try of the second half with some determined play for a forward dominated effort in the corner, although the missed conversion from out wide left Griquas three points adrift with half an hour remaining.

But there was no stopping the Cell C Sharks forwards who firstly set up a penalty with a dominant scrum effort, and then drove over from the resultant attacking lineout with van Vuuren again scoring off the back of the successful maul.

Another scrum penalty, with our forwards starting to establish a platform at the vital set-piece, set the tone for the final quarter, and although Griquas continued to make a strong statement, they were slipping behind, with a Bosch penalty from the halfway line extending the lead to 11 points in the final 10 minutes of the game.

With less than two minutes of the game remaining, Griquas did well to send a driving maul over the tryline and the conversion meant it was a four point game as they trailed 28-24.

Griquas threw desperation into trying to run out of their 22 from the kick-off in the chase for a match-winning try, and despite taking the attack through 13 phases, they couldn’t penetrate the Cell C Sharks defence and the game ended with a knock-on to end the visitors’ near dream season and see the Cell C Sharks into next week’s final.