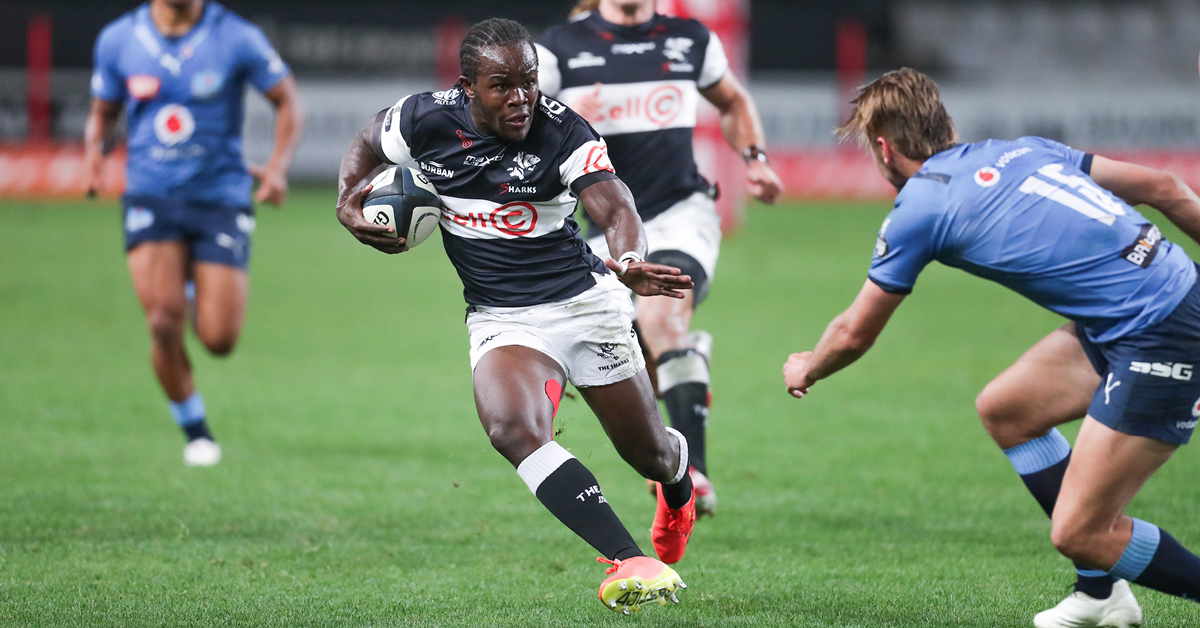 Rugby fans can look forward to Saturday’s Carling Currie Cup Final between the Cell C Sharks and Vodacom Bulls with excitement as the two best teams in the tournament go head-to-head in yet another final.

After the two teams contested the 2020 final, delayed due to Covid and played in January of this year, the same sides will meet at Loftus Versveld to determine who rules South African rugby.

Cell C Sharks head coach Sean Everitt has been in the fortunate position of overseeing his side going about the business of finishing in the top four, indeed in the top two for a home semi-final which they won last weekend, defeating Tafel Lager Griquas 28-24 at Jonsson Kings Park. He has also been able to maintain consistency in team selection and one of the two changes is the return of Thomas du Toit, which is a huge boost for the Cell C Sharks after he became available for selection due to a family bereavement, which necessitated his return back to South Africa.

“Being a Springbok and the way we handle our Boks on their return to the team is that they get to start, so he gets the privilege of starting the Currie Cup Final,” Everitt explained in the build-up to the big match.

“It’s huge for us to have him back after the form he showed for the Springboks. He’s a World Cup winner and a Springbok so he brings a lot of experience, he’s also a quality rugby player and his inclusion is a boost for certain areas of the game.”

Looking at the final itself and where the game will be won and lost, Everitt said that it would be down to the start, who settles down first and who adjusts to the intensity of the game.

“Both teams need to handle the intensity, we saw how absolutely sublime the Bulls were in the first 20 minutes of their semi-final against Province, so that will pose a challenge.

“Both teams will show some nerves although we’ve both played in finals, but the team that settles first and gets down to the job will have the best start which is going to be important in a game of this magnitude.”

Everitt added that good discipline will also be key to winning the title.

“If you look at the Sharks performances over the course of the Currie Cup, our discipline has improved, but certainly we gave away six or seven penalties in the first half of the semi-final which put us under pressure and we couldn’t build scoreboard pressure as a result of that.

“So discipline will be vital. In the last final we gave away penalties early which Morne Steyn kicked over from the halfway line to put his team in front and we can’t underestimate that kind of scoreboard pressure because it does have an influence on how you play thereafter.”

Comparing his team now to the one that played in January’s Currie Cup Final, Everitt pointed to the stocks in the second row and what a revelation they have been in contributing to the team’s fortunes, as well as the expectations on them for this Saturday.

“We’re very fortunate at The Sharks to have recruited well, to have two players like Le Roux Roets and Gerbrandt Grobler here when our two first choice locks over the last two years, Reuben van Heerden and Hyron Andrews are both injured. It’s a blessing having Le Roux and Gerbrandt, players who are on top of their game right now and that helps us against a Bulls lock pairing that has been in outstanding form.”

Given the season the Cell C Sharks have had to endure with games called off regularly, Everitt said that there was something to be gained from adversity.

“We can’t underestimate the effects of Covid and the looting, but those things do build character and our team has immense fight. We’ve had to endure numerous pressure circumstances and that all helps our preparations. “It hasn’t been plain sailing for us, but at the same time, we’ve managed to grow a really good squad over this Currie Cup and at the same time qualify for the final. We’re very happy with where we are.”