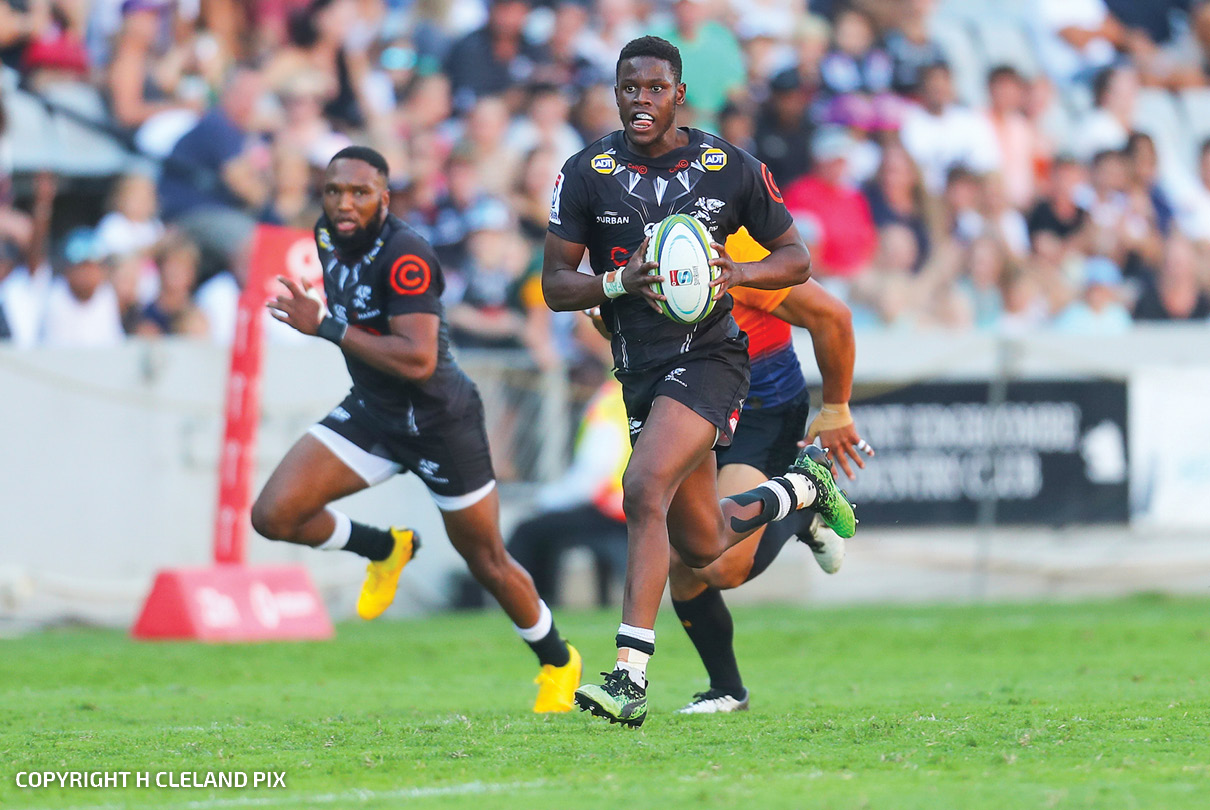 One of the great rugby rivalries continues on Saturday when the Cell C Sharks and DHL Stormers go head-to-head in a vitally important Vodacom Super Rugby clash at Jonsson Kings Park.

As derby matches go and as history will assert, these two teams have always produced major fireworks when meeting on the rugby field and tomorrow’s match promises nothing different.

The Cell C Sharks edged out the Stormers after the latter lost to the Blues at home and then had a bye, offering up the opportunity for the Durban side to overtake them – which they did with equal measures of flamboyance and fervour.

Commenting on continuity in team selection and the opportunity for Cell C Sharks head coach Sean Everitt to name an unchanged side for the clash, he admitted that, “Often in Super Rugby, the results depend on injuries and we’ve been very fortunate in that regard. We were able to rest players on tour which I think helped us and we’ve been able to look after some guys during the week and managing their workload, so hopefully our luck continues as far as that’s concerned.”

The Stormers have called this match a ‘season-defining game’ for them, particularly as a loss will extend the Cell C Sharks lead at the top of the South African Conference.

“I don’t see it as a season-definer, we’re only going into our seventh game [the Stormers are playing their sixth] so there is a long way to go in this competition,” said Everitt. “Anything can happen in a short space of time.

“It’s important to take every game as it comes, not long at the long-term because we can’t determine that now, but as long as the guys perform on a weekly basis, we’ll be very happy with that. We must just focus on the job at hand every Saturday and not worry about the future.”

There are many who consider the Cell C Sharks favourites going into this game – at home and considering recent form – although Everitt admitted that this does not apply any undue pressure to the team to live up to the billing.

“There’s no extra pressure, our results have been really pleasing over the last few weeks, but we judge ourselves on performance and we know in certain areas we have been performing well. Our set-pieces have improved a lot but there’s still room for more.”

As South African derby matches go, this one promises to be as physical and competitive as every other and there is little doubt that the Stormers will try to assert themselves from the start.

“They’ve made no secret of the fact that they believe they have the best set-piece in Super Rugby. That was said early in the year, but in saying that, they do have world class players with depth so they might be missing a couple of guys, but those who step in will be hungry.

“We mustn’t forget that they went five games unbeaten with one slip-up [against the Blues], so they are a good team who will be around at the end of the competition in the knock-outs.

“We know what’s coming, we just need to front up.”

The loss to the Blues two weeks ago will have stung the Stormers into action and Everitt said he was expecting the Cape side to come out all guns blazing.

“It is a bit of a wake-up call for them, and when you get those, you want to improve. For us, not having a bye means we’ve just been focussing on what we need to do from week to week and trying to play energising rugby.

“We’re expecting an absolute cracker of a match, a massive physical battle and the Stormers will come with a physical onslaught. We’re going to have to match that, on both defence and attack.  I just hope it’s a great spectacle and that two good rugby teams entertain the fans.”

Within the context of intra-conference clashes – two weeks in a row – there is the important fact of winning the conference to ensure home ground advantage in the play-offs, although Everitt admitted that this isn’t much of a discussion point in the camp.

“We don’t really talk about that, although they are important as far as results are concerned, we’re not going to deny that.

“We know where we want to be at the end of the tournament, there is a process and we want to get better and better. We started off as a new and young group and we have gotten better, but we’re not there yet.”