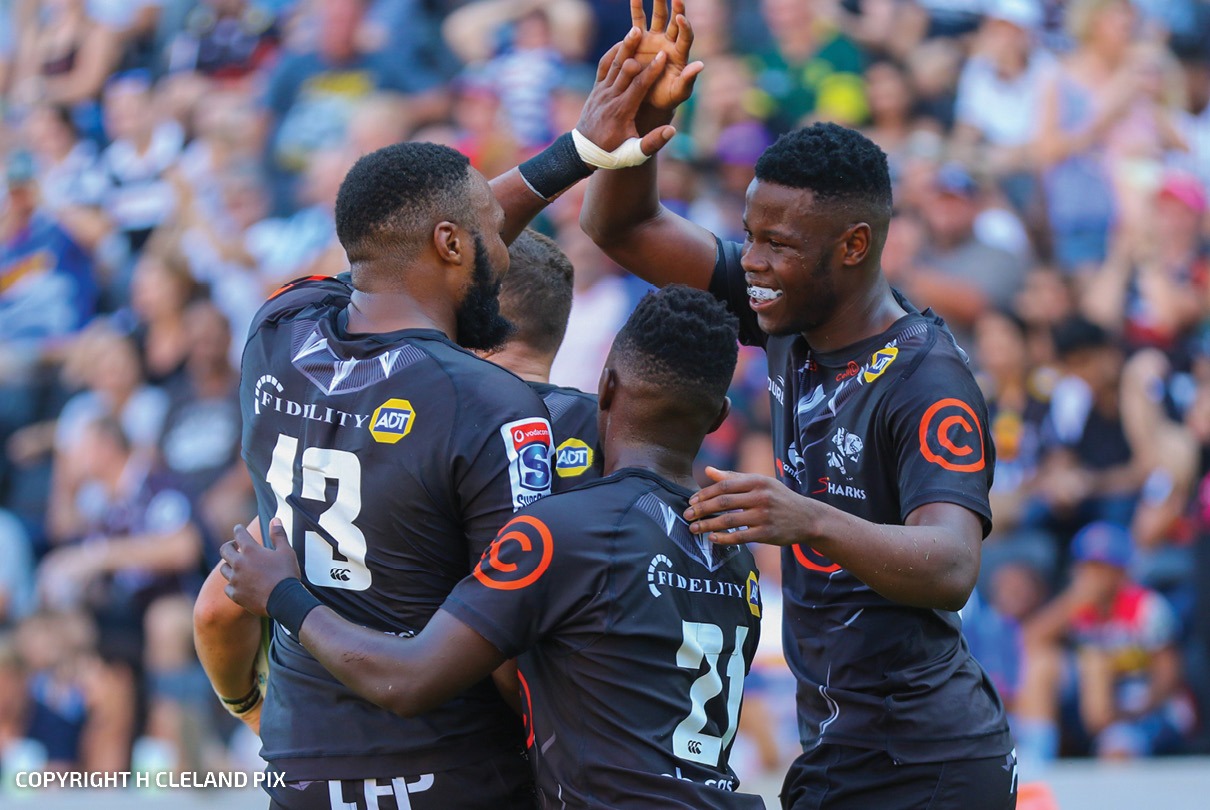 In the final Vodacom Super Rugby match featuring South African sides before the tournament was postponed until further notice, the Cell C Sharks finished with a flourish, beating the DHL Stormers 24-14 at Jonsson KINGS PARK on Saturday afternoon to go top of the log.

In a sad day for sport as the global health pandemic takes hold, the Cell C Sharks were simply too good in every facet of the game and while the 10 point margin of victory seems emphatic, the game was much closer than that as both sides hammered away at each other in true South African derby style.

The match started off on a sour note as Louis Schreuder fielded the kick-off but was dangerously taken out in the air and had to be stretchered off the field, while the Stormers had the offending player miss 10 minutes in the sin bin.

In a real arm wrestle tussle of a match, the first scoring opportunity only presented itself after 15 minutes of play, Thomas du Toit doing great work competing for the ball on the ground and earning the penalty. The long range kick went wide but it showed just how tight the match was and just how scarce scoring opportunities were proving to be.

It took a full 25 minutes before the first score, Aphelele Fassi breaking through a tackle after the Cell C Sharks had hammered away at a strong Stormers’ defence, and he somehow managed to bust through to score a vital try. It was the perfect pass from Bosch and he finished off with the conversion for a 7-0 lead.

But the Stormers struck back immediately after a high kick was exploited in space and within the space of a minute or two, 14 points had been scored.

The game continued to remain tight with defences proving too strong and it was down to two minutes into extra time before the Cell C Sharks managed to seal the final score of the half, Bosch kicking a good drop-goal to take his team into the lead, 10-7 ahead at half-time.

The second half continued in the same fashion, the heat and humidity not making life easy for either side, although the Cell C Sharks continued to enjoy the lion’s share of possession and territory. The Stormers continued to leak penalties and it took nearly 10 minutes before the scorers were bothered, Bosch kicking a penalty to push us into a six point lead.

As the game snuck into the final quarter, the Stormers, finally getting their hands on the ball, managed a midfield break to score their second try and with the conversion, took the lead for the first time, albeit by the narrowest of margins – 14-13.

With points’ scoring opportunities rare, a penalty from out wide and inside his half was struck ever so sweetly as Bosch, to the sounds of clapping from the crowd, sent the ball straight and true to retake the lead with the final 10 minutes remaining.

Then there were five.

A scrum penalty was just reward for the hardworking forwards and Bosch pushed the lead to five points with the game winding down, but more importantly, forcing the Stormers into the pressure of having to chase a converted try to win.

The visitors had a glimmer of hope with another scrum, but were pushed off their ball, it was recovered and sent wide and Makazole Mapimpi was never going to be caught. It sealed the fate of the game in the most emphatic way.

It also means that for the time being, the Cell C Sharks are South African Conference and overall log leaders.