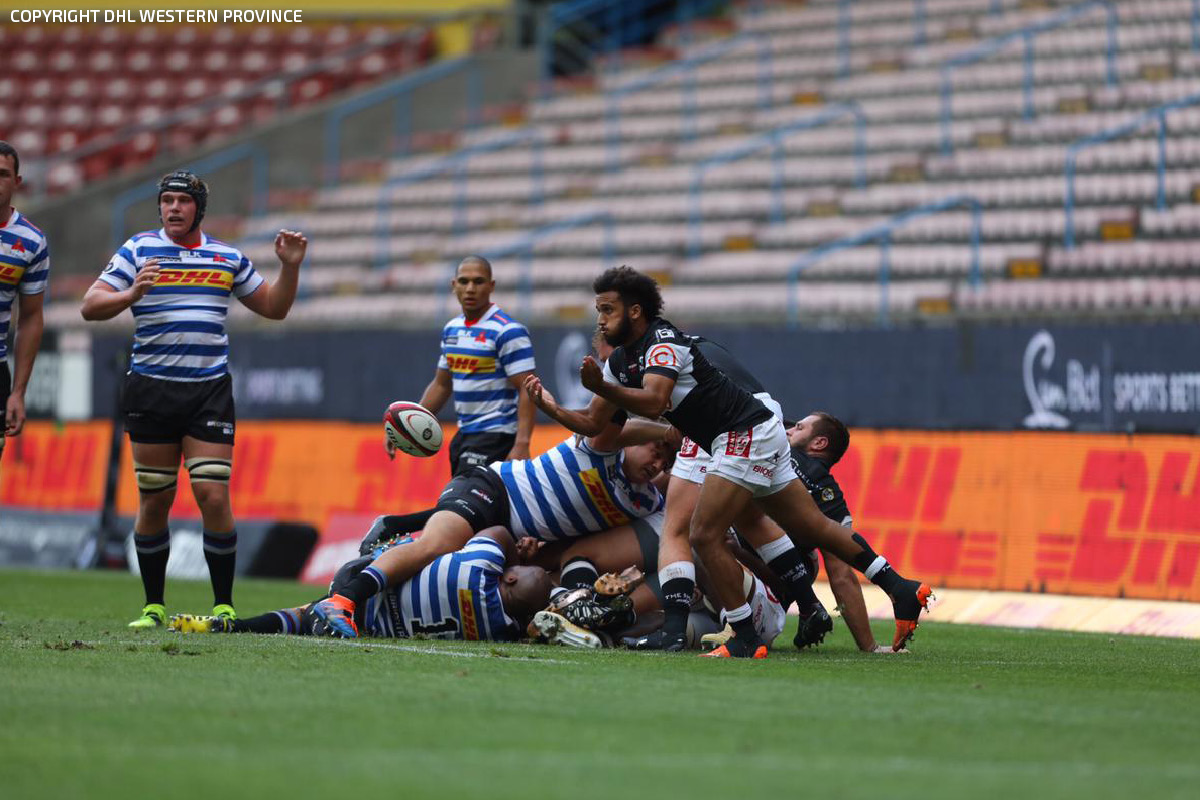 The Cell C Sharks and Vodacom Bulls meet in tomorrow’s Carling Currie Cup Final in an epic conclusion to the most testing and frustrating rugby season in history.

For both sides, this is about a reward – for sheer hard work paying dividends against all odds and in a disruptive period that has tested players, teams and coaches’ fortitude. All the work in getting to this position now prepares the two finalists for the greatest show on the South African rugby calendar.

Cell C Sharks head coach Sean Everitt was thrilled to be able to announce the same squad, and continuity is the catch-word here as Everitt has been able to stick with the same team that fared so well in last weekend’s semi-final win.

“It was great for us to name the same 26 we had down in Cape Town,” he admitted. “It’s the first time we’ve been able to do that in the double round competition, so it does making planning and preparation a lot easier and smoother. It also builds confidence amongst the players and their team-mates, so we’re really grateful to have produced a clean set of Covid tests this week.”

Discussing the only change – a rotational switch with Jaden Hendrikse starting and Sanele Nohamba playing off the bench – Everitt explained that Hendrikse was originally pencilled in to start against Western Province in last week’s semi-final but for a stomach complaint that kept him away from training.

“We feel that Jaden is on top of his game at this stage,” said the Cell C Sharks coach. “He is a good decision-maker around the base of the scrum, he’s a good defender and even turned over some balls at the breakdown.”

As far as Nohamba goes, Everitt has lofty expectations of his young scrumhalf who has a big role to play.

“We expect him to bring a lot of tempo to the game, he does add something, although they are two different scrumhalves in how they play with different skill sets. One of his strengths is that he knows the plan really well, he has matured really nicely and with the most important part of a final probably the last 20 minutes, Sanele will play a huge role there.”

Given that the teams have played each other a number of times over the last couple of months, there isn’t much each doesn’t know about the other and Everitt said the game would most likely be won and lost in the discipline stakes.

“We know the ball flies a lot further in Pretoria and giving away penalties in the wrong areas of the field will cost either a three-pointer or an opportunity for the opposition to maul which is what the Bulls are good at.”

On the flip-side, any Bulls’ transgressions will equally be punished by the unerring and truly incredible boot of Curwin Bosch. At sea level he had no trouble converting from 60m out and up on the Highveld will probably fancy his chances from even further.

“The team has become used to Curwin kicking them from all over, although they also have good kickers. But if he can slot them from 70m, we’ll be very happy with that!”

Like Western Province, the Bulls have a formidable maul, but the Cell C Sharks successfully defended against this attacking option last week and will be called upon for more of the same on Saturday afternoonagainst a team that has forward domination in its DNA.

“We expect the Bulls to maul, they have done a good job of it, but we can go back to the game we played them in Durban where we managed to stop them and I thought our forward pack stood up to them really well. There’s no reason why we can’t do the same again this weekend.”

Given the nature of knock-out rugby, some might assume that there is a greater degree of pressure entering a final, but Everitt countered that.

“Semi-finals seem to come with more pressure because if you don’t win, there’s no final and you haven’t actually done all that well. When you’re part of the final I’d say there is less pressure, the focus is on performance and the Currie Cup trophy is the cherry on the top and what you’re playing for.

“Our focus is on the job at hand and the performance that we’re about to deliver.”