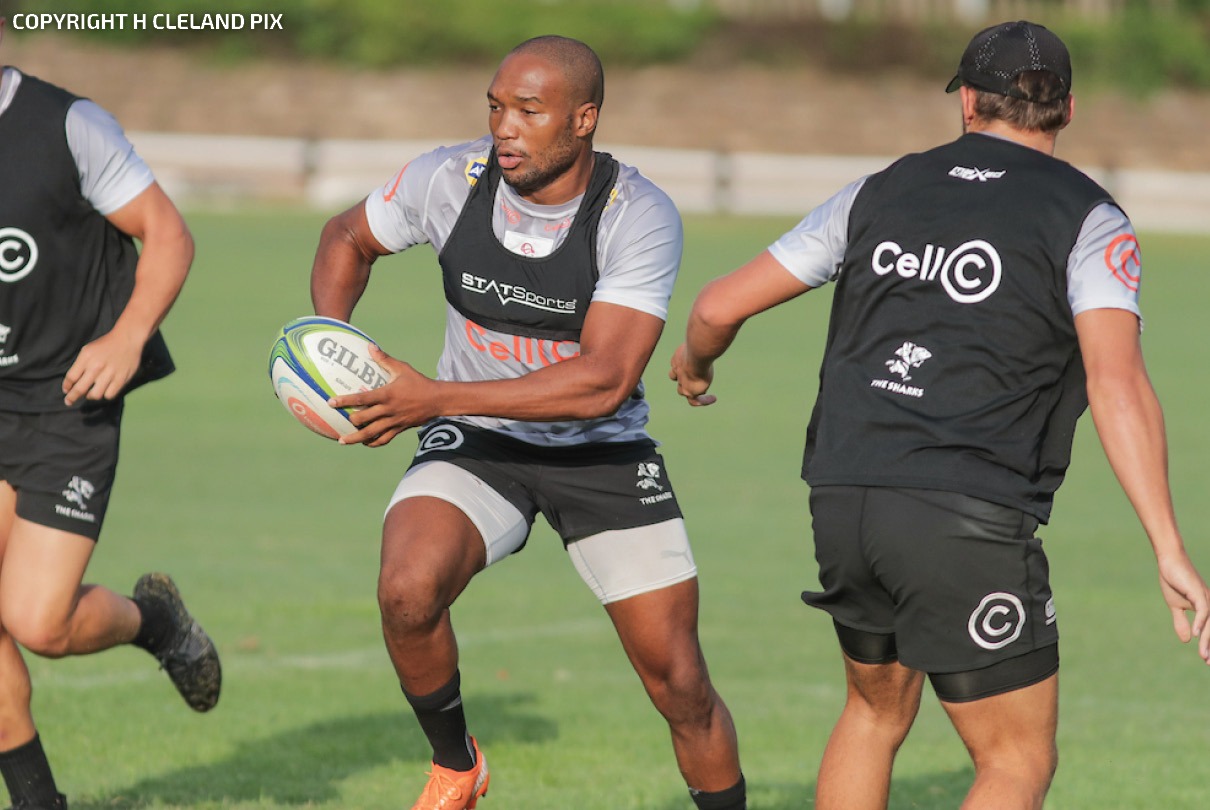 The Cell C Sharks will be taking on the Xerox Lions this weekend in the third of the preparation series of matches as the South African sides look to build momentum ahead of the upcoming Rainbow Cup.

Like many of his team-mates, captain Lukhanyo Am may not have played in the first two matches, but he’s itching to get stuck in after putting in hard work as part of the squad’s conditioning group.

“We spent a lot of time on our conditioning,” he explained in the lead-up to Saturday’s match. “We know there is a lot of rugby that lies ahead for us this year, so this was an opportunity to improve the strengthening and conditioning side of things.

“While we were busy with that, it was a great opportunity for the guys who didn’t get a lot of game time during the last season to get a couple of caps under the belt and that gave the coaching staff time to see what is on offer throughout the squad.”

For fellow Rugby World Cup winning Springbok Siya Kolisi, it’s been a baptism of fire given the heat and humidity Durban offers around this time of year, but his captain at the Cell C Sharks admitted there were no teething issues.

“He’s gelled nicely with the guys, he brings a lot of energy into the camp and we’re looking forward to playing with him in the Black and White jersey.”

Head coach Sean Everitt has pointed out that after two of the four games in the series, he would be welcoming back some of the players from the conditioning group. Am, as part of that group missed out, but is very impressed with what he’s seen.

“They played amazing rugby, the energy they brought was impressive and they showed the DNA of the team. There will be a lot of pressure on the guys coming in to maintain that standard,” he added.

“The two games have proved to coach Sean that we do have depth in the squad and the guys have shown what they can bring on the field.”

An observation has been that the style of play employed by the Cell C Sharks in the preparation series of matches differed slightly, in that there were fewer contestable kicks and more of a ball-in-hand approach from what we saw in the Carling Currie Cup. Am explained that it was more a horses for courses approach.

“In rugby you have to evolve, we’re a team with an attack structure that isn’t robotic and given the opposition, we may opt for a kicking game and in others, move the ball around more, depending on the conditions and what we’re facing.

“We’re not one dimensional, we’re a team that can adjust and play the style we want to on the day.”

Attacking rugby heralded 11 tries in the two matches to date and that was something the fans love to see.

“We managed to show in those games what we can do with ball in hand, we know it’s a strength of ours and we’ll try sharpening and improving our game all the time,” he pointed out.

Saturday’s match against the Lions at Emirates Airline Park kicks off at 4.15pm.