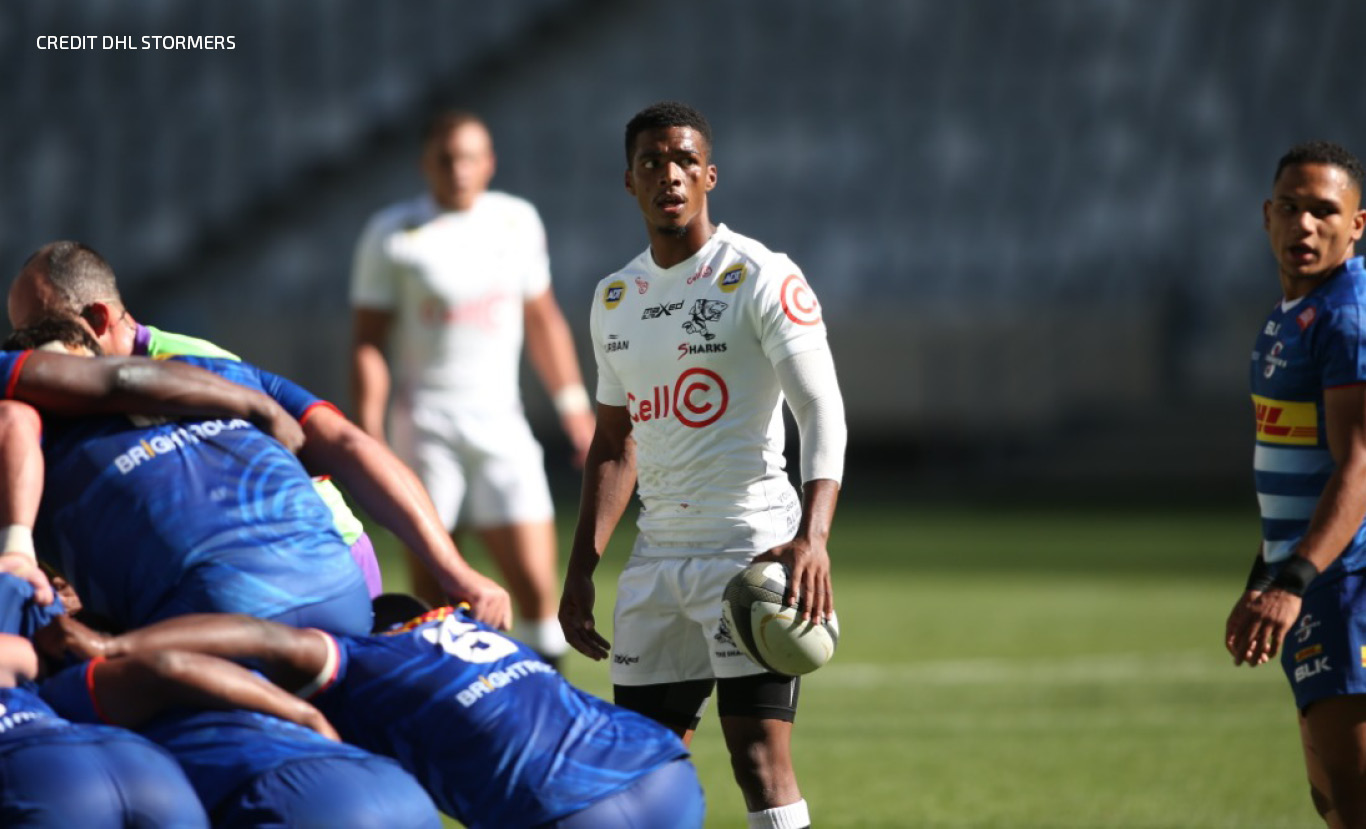 Saturday’s Rainbow Cup SA clash between the Cell C Sharks and Emirates Lions at Jonsson Kings Park offers the home team the opportunity to grow their game and build further success in the competition.

With the luxury of continuity in team selection, the players have the chance to continue their excellent form from last weekend with the desire to take the level up a notch or two.

“I thought the guys fought back well against the Stormers last weekend after a wobbly first 20 minutes, they came back into the game showing a lot of character and I’d like to build some consistency with regards to selection,” explained Cell C Sharks head coach Sean Everitt.

Everitt confirmed that the two changes on the bench see Jaden Hendrikse back after failing a concussion test, with Grant Williams being rewarded with another start after his good performance while LeRoux Roets and JJ van der Mescht are rotational changes for the two who are part of the conditioning programme.

The first match of the tournament – against the Stormers last weekend – gave the coaching staff the opportunity to identify any areas that need strengthening and Everitt explained that the Lions won’t find the going easy this time round.

“Our biggest factor last week was the number of turnovers we conceded, so we’re looking to tighten up as far as that’s concerned. We worked hard on our breakdown in training this week, we conceded five turnovers there which is not good enough coming into a game against the Lions where they have two guys who are really good on the ball.

“It’s certainly an area we want to fix because we enjoy our attacking style of rugby and if we want to be successful there, we need to sort that out.”

There doesn’t seem to be too much sorting out for the newly-recruited lock Reniel Hugo after his hat-trick heroics last week, with Everitt enthusing, “What a debut for him, a dream for any number 5 lock to score three tries in a game.

“We do have a young group and Reniel, at the age of 30, has a lot of experience in calling lineouts.
The fact that we lost lineouts on the weekend had nothing to do with his calling, more so individuals within their own roles in the unit that created those problems. We’ve sorted that out this week and it won’t be a problem.”

While the Lions may offer a different challenge to that posed by the Stormers, that makes them no less dangerous and Everitt warned that his team would be up against a formidable outfit on Saturday.

“I thought the Lions were contenders in their game up until about the 70th minute and they’re a tough team to play against,” he pointed out. “They go hard on the ball at the breakdown so it’s quite difficult to get continuity against them and maintain quick ball.

“So we need to look after the breakdowns, but at the same time, they have a really good and experienced front row and they’ll pose a challenge upfront.

“And then they have young backs, full of energy which makes them a dangerous outfit and we’re going to have to be on top of our game.”

Everitt did however admit that as much as the opposition needs to be analysed, his own team is inspected with even greater attention.

“It’s all about the performance and I thought we were really good in the last 60 minutes against the Stormers, both on attack and defence but we need to be better than that; for the full 80.”