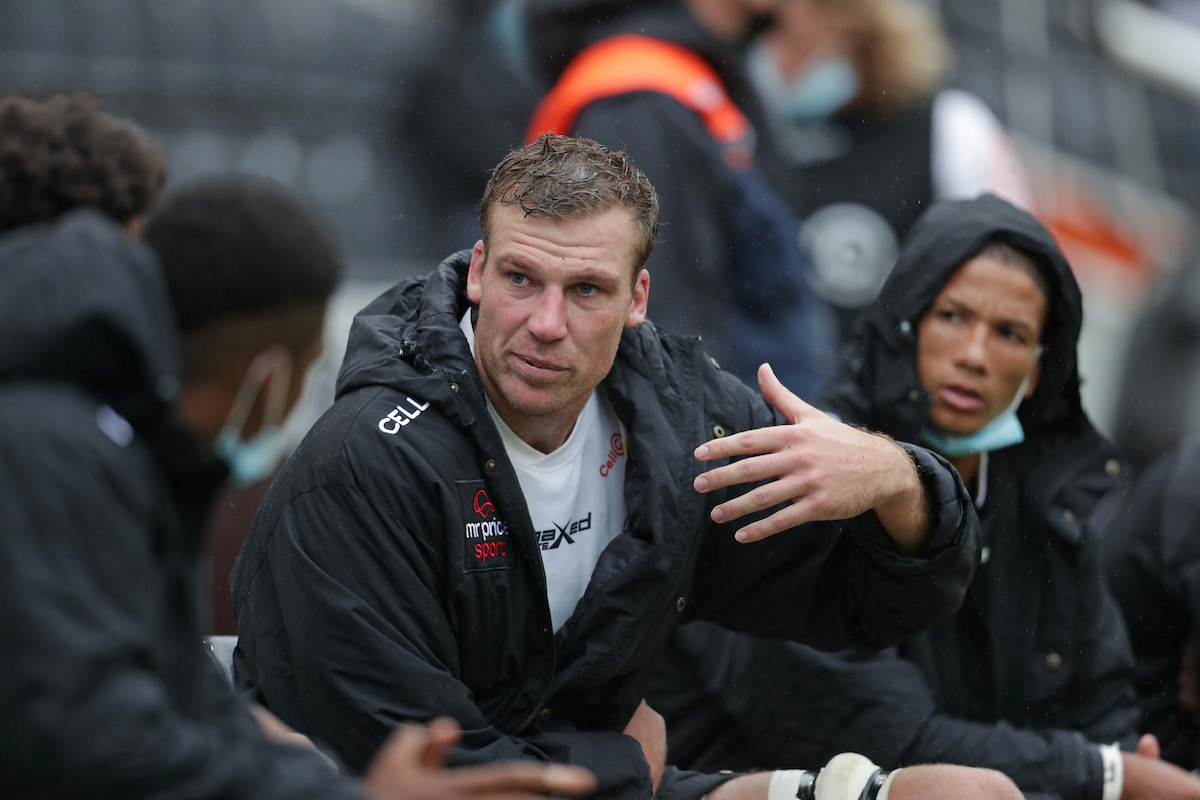 The Rainbow Cup SA competition returns with the penultimate round seeing the Cell C Sharks travelling to Joburg to take on the Emirates Lions on Saturday afternoon.

The Lions will be a team high on euphoria following their defeat of the Vodacom Bulls in round four, while the Cell C Sharks know that winning this competition hinges on them taking the result in their final two games.

“Obviously it wasn’t nice getting two losses behind our name, but this weekend is a chance for us to rectify the mistakes that we made,” explains Cell C Sharks lock Reniel Hugo.

“We were quite unlucky against the Stormers and had the bounce of the ball gone our way, we could have gotten away with a win there, but we’ve put that behind us, learned from our mistakes and we’re really excited for the Lions this weekend.

“We see is as an opportunity to showcase our talent and build on what we have here.”

In both loses, the forwards more than held their own before the opposition somehow managed to pull out the stops and get the win.

“What’s really costing us at the moment is our discipline, we’re conceding a lot of penalties which the other teams then kick out, set up the lineout and then rolling maul and stopping that takes a lot of energy out of us.

“So we’ve been working really hard on our discipline to not concede penalties. When you’re able to do that and keep the ball, then the other team has to defend and hopefully their forwards get tired when we use the scrums and mauls on attack.”

While the tight-five and set-piece has come in for some criticism, he admits that there’s no hiding from the truth.

“You have to look at the facts, against the Bulls we had to stop 13 or 14 mauls and eventually the legs do give in. That’s no excuse, but they had a very good plan against us and if just one guy hits in the wrong place, it just breaks the entire system. We all made mistakes, I was one, but we’re looking forward to rectifying it and setting it right.”

As someone who made a giant impact right from the start, scoring a hat-trick against the Stormers in the opening game of Rainbow Cup SA, he admits that his time with the Cell C Sharks has been special.

“If I had to define my stay here, I’d compare it to my first game against the Stormers: I really loved that game and I really love Durban. I like the weather here, the atmosphere and lifestyle is enjoyable and I’m really happy to have joined The Sharks, I’ve settled in here nicely.”

Being older at 30 years of age, he acknowledges that he has a extra role to play, not just to perform on the field.

“With a number of youngsters in the team and being older, I do bring experience having played around the world, I’m just trying to be one of the guys that gels the team together, help guide them and teach them so they can learn from me.

“When people look back on my career here, I want them to say: ‘This guy had a real impact at The Sharks’. I want to leave a legacy here and be a part of a team that wins trophies.”