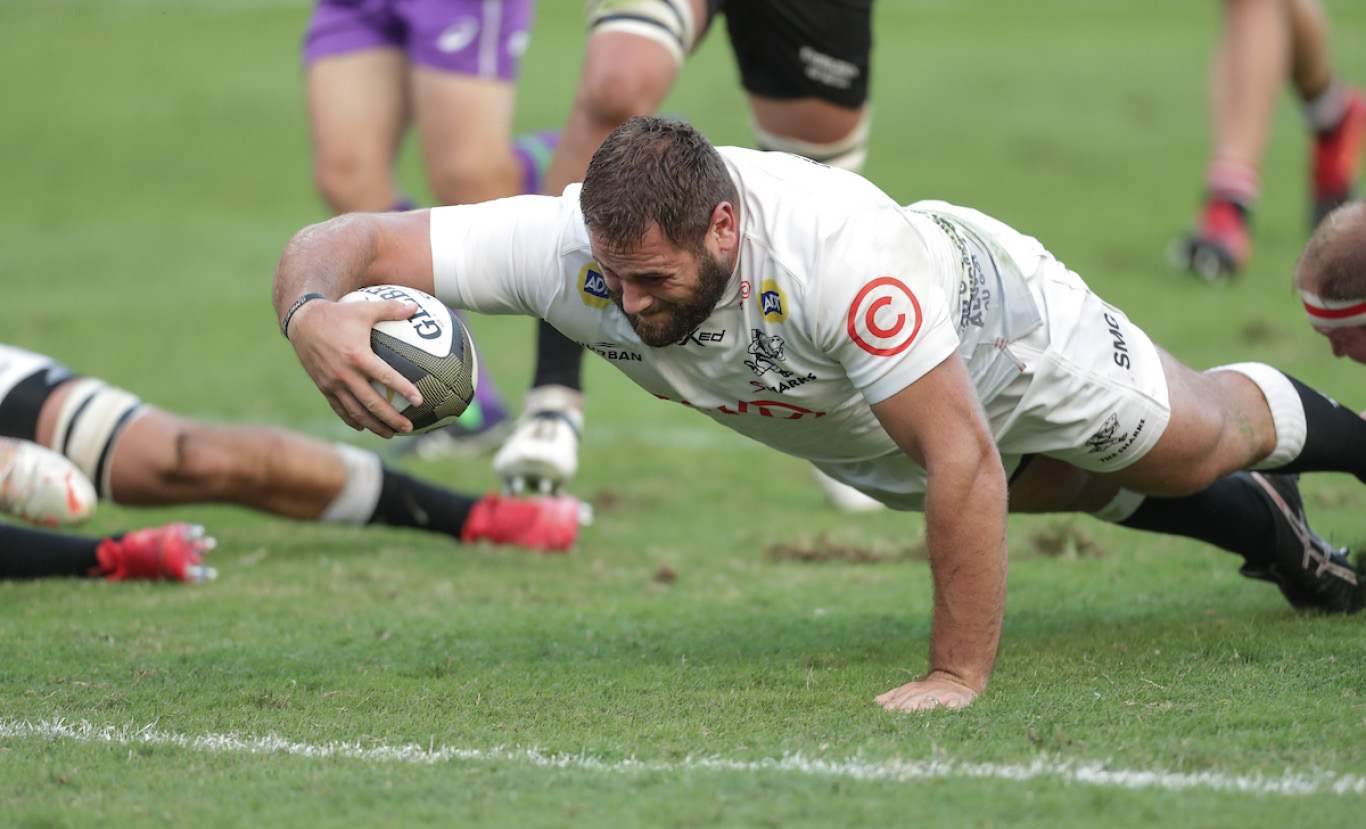 A massive clash awaits the Rainbow Cup SA competition when the Emirates Lions host the Cell C Sharks on Saturday in the penultimate round of a tournament shaping up for a climactic finish.

As things stand, the Lions’ defeat of the Vodacom Bulls in round four threw the cat among the pigeons and opened up the tournament to give a completely new complexion to the final two rounds .

Head coach of the Cell C Sharks Sean Everitt did make changes to his team, with selection influenced by Springbok protocols. He did emphasise how strong the depth in the squad is and those now getting a chance have brought their own energy into the matchday squad.

“Part of our duty as franchise coaches is to support the needs of SA rugby, so it was a good opportunity to give some of the guys a rest but we do have very good replacements in those positions,” Everitt explained.

“It’s an exciting time for them, it’s brought a lot of energy and enthusiasm to training and there was a lekker vibe this week. So it’s been good for the guys waiting in the wings.”

With the regular starting front row playing off the bench, the coach felt that the ‘bomb squad’ of Ox Nche, Fez Mbatha and Thomas du Toit would prove incredibly valuable later in the game.

“Those three coming off the bench will certainly help us finish stronger than what we have over the last four or five weeks. It’s also given us an opportunity to give Ntuthuko Mchunu and Wiehahn Herbst extended game time which will help us in the future.

For the Cell C Sharks to win the competition, they’d need to come out on top in their final two games which does add an element of pressure. But it’s nothing that they don’t feel every week given their aspirations.

“There is pressure on us to perform in all areas. In some of the games it’s been frustrating where the scrums haven’t gone our way or when the scrums went well the lineouts didn’t. We remain performance-driven and the pressure on us is to perform every Saturday. Results come with performance, you’re not going to train for a result and not perform, they go hand in hand.

“We don’t feel pressured to win, we put pressure on ourselves to perform in all areas.

“We’re still in the race, anything can happen in derby games and we want to do well in this competition, hopefully win it and we’ll give it our best shot.”

With the Lions’ victory over the Bulls, Everitt admitted that, “The race is wide open.

“I said earlier that in a double round competition of local derbies, no team will go unbeaten and that’s exactly what happened.”

The match against the Lions will be keenly-contested and both sides will go into this game filled with a sense of purpose.

“There’s no doubt we can pull it off this weekend. If you look at the matchday squad, it’s not very different from the one that played against the Stormers here at home, so we feel we’re definitely in with a shot.

“But the Lions have improved a lot over the last four weeks, much better than when we played them and I expect a tough tussle up there.”

With a good recent record at Emirates Airline Park, the possibility of coming out victorious adds to the feeling of optimism for this match.

“We’ve played good rugby up there,” said Everitt. “Over the last 18 months, our players have have managed to get over the mental aspect of playing rugby on the highveld and we’ve done well there in most of our games