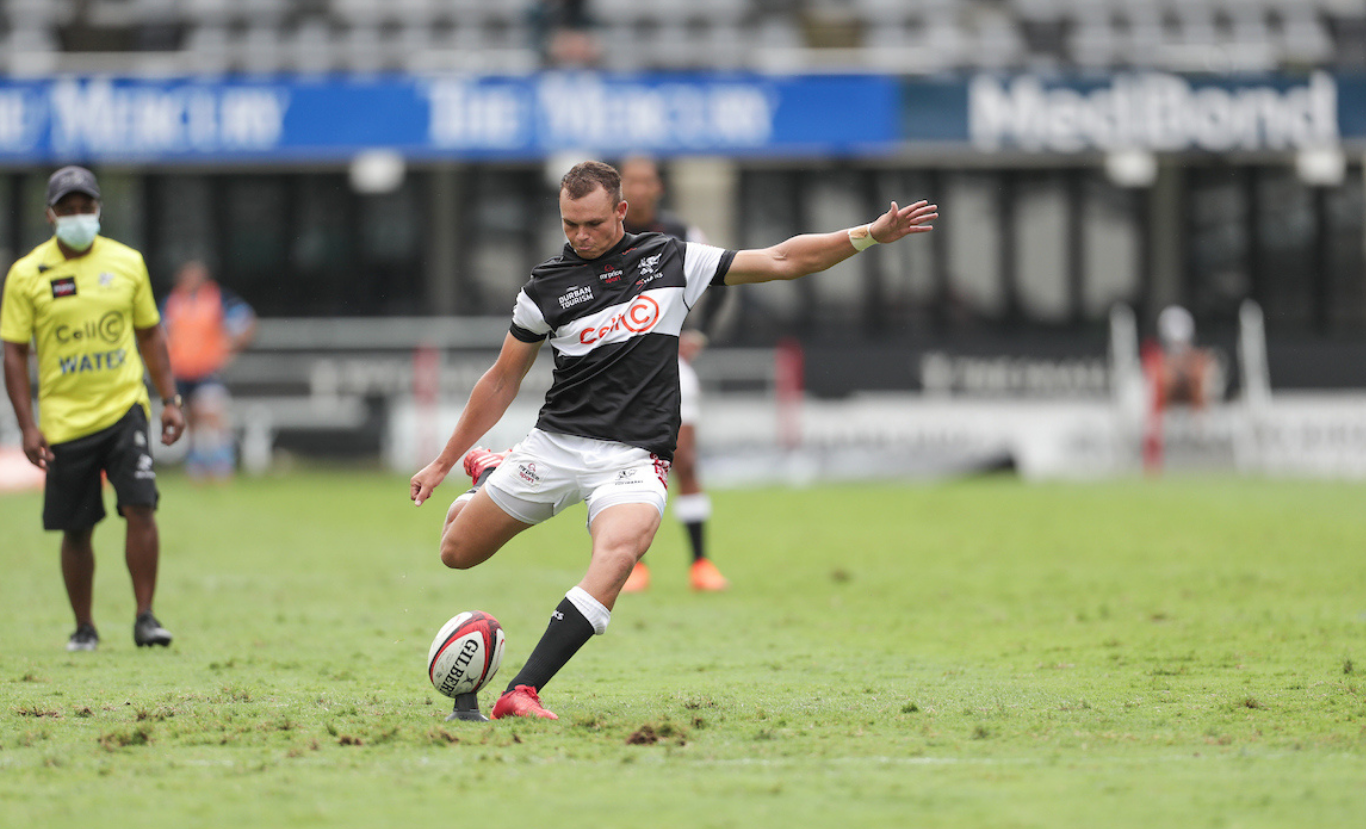 Following their first round defeat of the Tafel Lager Griquas in round one of the Carling Currie Cup, the Cell C Sharks enjoyed a bye weekend before regrouping for tomorrow evening’s clash with DHL Western Province.

Throw in the Covid-19 third wave and new lockdown regulations and it’s clear to see that this is not an ordinary time. Interesting, maybe. Challenging, definitely. But those concerns notwithstanding, it still has to be business-as-usual; to a degree and given the hurdles that are in place.

Some adjustments have had to be made, but it’s important to take it in their stride if the players want to not only get the results, but perform at a level they aspire to.

It’s been an interesting tournament to date. With the Bulls playing in the final of the Pro14 Rainbow Cup in Italy during the first round of the Currie Cup, they were forced to field a decidedly second string side with only two players having played at this level and Western Province promptly taking advantage of this inexperience to run out 48-24 winners.

The Lions suffered what they would have felt was a hugely disappointing result to the Pumas in round one, their smaller local rivals putting in a big performance for a 39-10 victory. This past weekend, the losers became winners when the Lions saw off Province 38-22 and the Bulls put paid to the Pumas’ early confidence with a team restored back to full strength (sans Springboks) that won 32-27.

As matters stand, the Cheetahs’ only result – losing to Griquas – has them propping up the table, but the remaining six sides all have one victory to show, with five teams having played twice.

Rugby matters aside, the Covid-19 third wave is upon us and head coach Sean Everitt confirmed that the team is treating the pandemic very seriously. But rugby and Covid are inextricably linked and with a match against the British & Irish Lions next Wednesday, the historic opportunity to play isn’t lost on the Cell C Sharks.

“Our message to the players is that we’d like them to treat their lives as if they’re in self-isolation,” explained head coach Sean Everitt. “So they’re basically coming to the stadium and then going home.

“We know that there will be consequences for the guys if they don’t stick to these protocols because they could miss out on a lifetime opportunity of playing against the Lions next week. But at the same time, we want rugby to continue in this country so we have to try to be squeaky clean as far as our behaviour outside the stadium is concerned.”

Playing on a Wednesday means that a bye week isn’t that disruptive and training for the Province trip has the team well-prepared for this coastal derby.

“We trained last week on Monday, Tuesday and Thursday as we would normally in a match week and we got all our preparation done for this match, before giving the guys Friday, Saturday and Sunday off,” Everitt said. “They returned to training on Monday with really good energy and enthusiasm as always and got on with the job as we recapped on what we did last week.”

Throw in regular PCR tests, biobubbles and supervised isolation and a career in professional rugby just gets that much more challenging.

“There is a lot of excitement at the moment, although Covid does throw a bit of a spanner in the works, but the guys have learned to take it day-by-day and deal with disruptions.

“When the second wave was here over Christmas, we were dealt a few raw cards but we were able to get through it and nothing has changed.

“The most important thing is for everyone to stay safe and obey the protocols. With the British & Irish Lions the talk on everyones’ lips, it’s important to stay focused on the job at hand and right now that’s to reach the play-offs of the Currie Cup.”