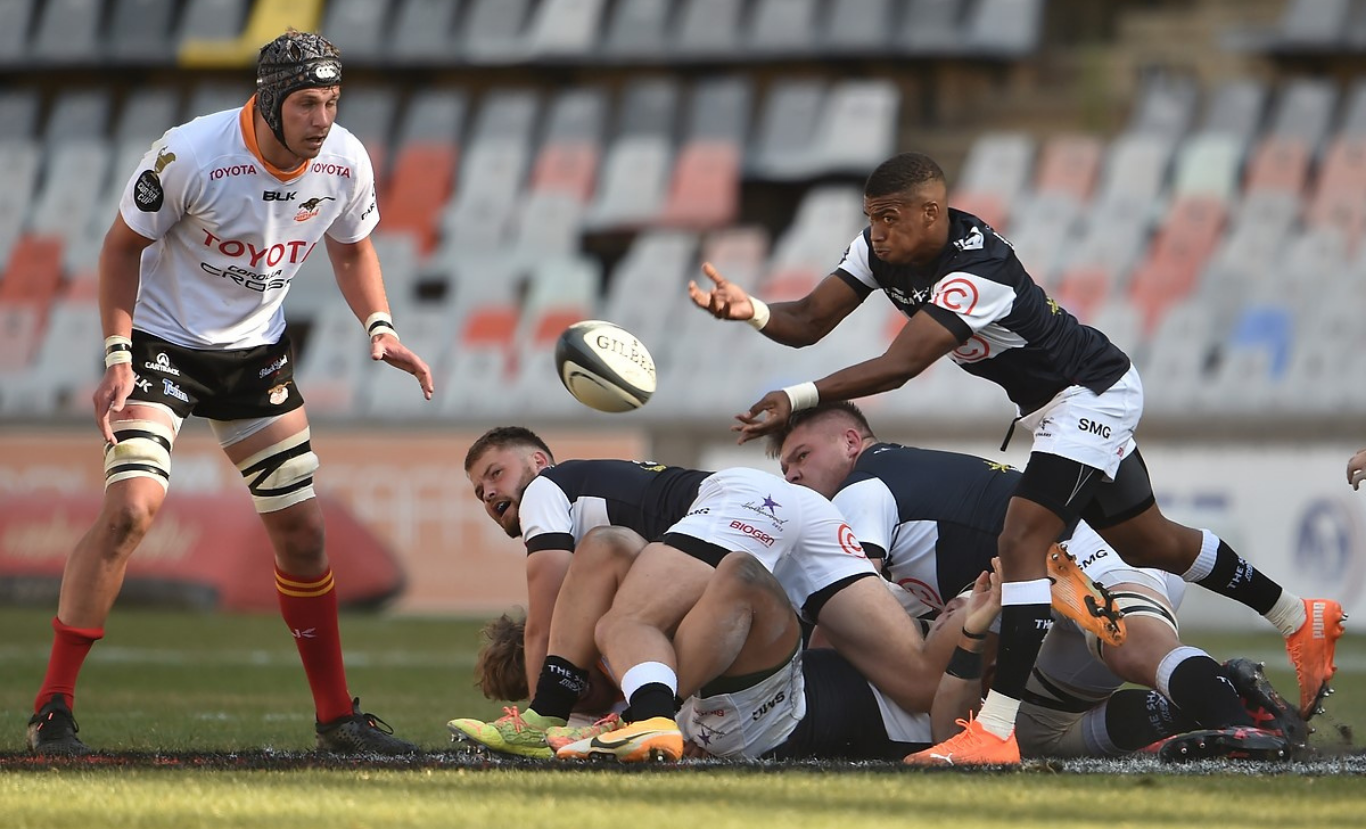 The Cell C Sharks will go into the second round of the Carling Currie Cup riding a wave of confidence following their bonus point win against the Toyota Cheetahs in Bloemfontein on Saturday.

The 47-30 victory marked the close of the first round and installed the Cell C Sharks as log leaders, but there can be no resting on laurels as they host the Tafel Lager Griquas at Jonsson Kings Park this Saturday.

Reflecting on his team’s five try to four win, Cell C Sharks head coach Sean Everitt was full of praise for his young side.

“We’re pleased with the result, the guys put in a tremendous effort,” he said after the match.

“It wasn’t an easy two weeks for us, the people of KZN bled and the guys really wanted to put their hands up and show the province what we can do and put some smiles on peoples’ faces at home.”

There has been much talk about the high tempo of rugby the Cell C Sharks aim to play and this was an area Everitt also approved of. But no amount of attack will win games if defence and physicality are lacking and in these areas, too the coach gave a solid thumbs-up.

“We wanted intensity and effort and we certainly got that. I was also very pleased with how our pack fronted up, we had very young loose forwards playing, two open-side flankers, and we thought we might struggle in some areas of the game but we certainly came through with flying colours and credit to the players for the way they fronted up.”

Given that rugby is a collision sport and those who dominate the tight exchanges generally come out on top, this was a match where the Cell C Sharks had to stand up and be counted.

“Physicality was something we lacked at times in that first game against the British & Irish Lions, but we promised never to go back to that standard,” Everitt explained.

“When you come to Bloemfontein and you can match the Cheetahs upfront, you will be in with a good chance. If forwards don’t get ascendancy against a team like this, then you bring the likes of Ruan Pienaar and Clayton Blommetjies into the game and they’re very dangerous players.

“I’m just so proud of how our forwards handled the set-piece, the lineouts were good and generally the scrums went well and at times we put a lot of pressure on their attack with Dylan Richardson and James Venter. They played an important part in this victory.”

With only one try the difference but a 17 point margin of victory, it was the boot of Curwin Bosch that delivered once again. The young flyhalf had arguably his best game in recent times and Everitt paid tribute to his contribution, not only with the boot but also his overall play.

“I thought Curwin did very well in taking the ball to the line on attack and hopefully he will just go from strength to strength in that department.

“He needed that performance, in chatting to him during the week, he told me he was in a good space and he wants to make the wrongs right. Although it wasn’t a great start for him, he bounced back incredibly well and if he can continue growing his attack, he certainly is going to be a player for the future.

“Defensively he did pretty well there too, he has been criticised for that, so this youngster is on the way up and I think this game will give him a lot of confidence going forward.”